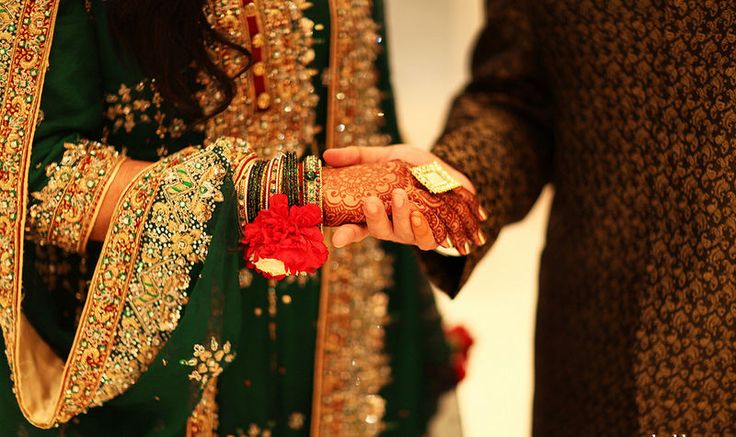 Life is strange. You start as a baby, but once you are in your mid-twenties, it all starts to feel like you were born just yesterday. All the other memories cease to exist. Your own identity starts blurring before your eyes, and you can’t understand whether you’re living in reality or fantasy.

The same was happening with me today. It had been four months since Afzal had started ruling on Kashmir, and I was still staying at his home, participating in his party as a low-level worker, and he paid me just what I deserved, nothing more and nothing less. He was very particular about monetary issues. I was the leading female-representative of his party and I was welcoming more Hindu girls and more Hindu men into the party. We were open for all, no religion-based discrimination, and no favours. Whoever worked the best, would be given the best rewards, and whoever tried to divide and rule, was immediately thrown out of the party. Afzal was very strict regarding the religious biases.

‘Afzal, can you please specify what will be our budget on this plant from Centre? I need to get these details to the company by tomorrow.’

‘Umm…show it to me…is this that car-manufacturing?’

‘Around 2000 crore we are getting from centre this year, and this company should get something around 200, as an initial grant. And make sure, every single penny is deposited inside the company’s bank-account.’

‘I know, I know…nobody is eating up any money when you are ruling, so relax!’ I laughed and got up from the chair. We had become pretty good friends since past four months. As I turned around to walk away, he held my hand.

‘Can you just sit for moment?’ he got up. He wasn’t his usual self. Something was definitely wrong.

‘Well, what is it?’ I asked him purposely.

‘I…Will you marry me?’ Afzal went on his one knee and held my hand in his.

‘Afzal, look…’ I sighed, it wasn’t easy to reject a proposal after all, and that too, a proposal of chief-minister of the state!

‘Please don’t say no, I’ve never fallen for any girl in my life, but you…please…’ He sounded so desperate.

‘Thank God!’ he sat back in his huge CM-chair!

‘Hey, but I’m not saying yes either. I mean, I want to talk about it.’

‘See, this is unusual. I mean, don’t take me wrong please, but I’m not right for you.’

‘Oh Kavya, you are perfectly right for me, I love you, I will shower over you every happiness of the world. You name it!’

‘I’m a Hindu, you are a Muslim, and you’re not just a Muslim, you are a chief-minister now, and people expect things from you. There’s a huge number of public who has voted for you just because you are a Muslim. We might be modern to let go of these religious differences, but the public of this country isn’t that modern yet. They still cast religion-based votes, and if you marry me, a Hindu kafir girl, you will lose the trust and votes of all those huge-percentage of people, who have helped you reach here. There will be riots in the valley, you are not understanding the intensity of the situation here.’

‘I know everything Kavya, you think I have taken this big decision just because of my heart? I have rationalized every possibility in my mind, I know everything that can happen, and that is why, I was going to announce it publicly tomorrow in the common-ground. I was going to propose to you in front of whole state, but I thought I might ask you first, and make things clear.’

‘You think people will accept such a big change?’

‘If they have voted for me, they have to accept it. They voted because they saw a wind of change in me, and that wind of change isn’t only in the ways politics is played, but also in the ways, life is lived. It is not bound by any caste or religion or community, but by hearts. If I love you, and you love me…’ he stopped.

‘You’re asking it a bit too early. I thought you were going to ask it tomorrow!’ I joked.

‘Oh, seriously, tell me. Do you love someone else?’

‘Ah, shut up! You have known me since last one year I guess, have you seen me around with anyone but your sister?’ he nodded, ‘Why do you ask then?’

‘Well, what was I saying? Yeah, if you love me, and I love you, and if I’m not asking you to change your religion or your name or your practises after marriage, what issues will you have marrying me? I’m not asking you to stop going to temples or stop worshiping idols. We can have a temple inside this home if you want. And I’m telling all this tomorrow to the public. They need to understand that times have changed and that this is not post partition-era anymore. Hindus and Muslims can live together, and live a happy, loving life! You don’t need to change to be someone’s, you just need an accepting heart and an open mind, and the world will be at your feet!’ he winked at me, I applauded his hypothetical speech.

‘It’s too late, I think I should go to sleep.’ I got up, he held my hand and pressed it gently, like the first time. I smiled and walked out of his office.

The crowd was excited. The mics were being tested and the public had gathered to listen to their freely elected favourite leader, address them for the winter season. Afzal had planned seasonal meetings to address the public so that he would come up with a new plan for the upcoming months to safeguard the economy of the valley. Many businesses were seasonal here, so it was necessary for the leader to address the public seasonally and understand their demands and needs accordingly. Afzal was being termed the most intelligent Chief Minister that Kashmir had got since independence. He was promoting on improving India Pakistan relations, he was working for the lower middle class families, he was constantly promoting big business-men in Kashmir to work for the local public as well and donate charity as much as they can!

Afzal started his speech in his traditional, charming style, ‘Assalam-aaleykum. Aavam ko hamara salam.’  the public cheered as he climbed the stage. His aura was magical, there was not a single person who wasn’t impressed by his way of working. Afzal had personally donated fifty lac rupees to a school of deaf and dumb children who were going out of funds. His deeds of kindness weren’t hidden from public. They wanted him to rule for the coming decades!

‘I know that winter is coming, and blanket and shawl-industry is working endlessly to cater the needs of not only valley, but also entire North India, and yesterday I had a meeting with some of the very privileged and experienced men from the industry. Our government and the industrialists have decided to distribute one lac blankets and mattresses to the people who are inadequate of buying them!’ the crowd clapped and the entire hall was filled with noise as strong as of a thunderstorm! ‘Because in my rule, I don’t want even a single death due to unfavorable weather conditions…’ the crowd clapped again, knowing that the promises he made weren’t fake.

‘One more thing that I want to share with the public today. And I honestly want your support in it…’ Afzal joined his hands, it was the first time that he was nervous on stage. His nervousness was making me nervous! I had no idea what was coming up next. I was just hoping for the best.

‘Every man should have a purpose in life, right?’

‘Every man, should have someone to love, right?’

There were hoots and whistles now.

‘Every man, should have a beautiful wife that he should look forward to meeting, after a tiring day at work, isn’t it?’

‘And every man should have that special someone, who should understand and support him in needy time.’

The crowd almost went insane. There were people dancing at the back, there were youngsters clicking photos, making videos of Afzal. In the history of politics, this had never happened before. A public proposal, and that too in front of over thirty thousand people!

‘It’s my personal matter and I know there will be people who will say that why I’m discussing it in public, why am I making an issue out of it? The truth is – I consider you all, as my family. I don’t have a father or a mother to ask permission from, to get married. I don’t have anyone elder in my home, and neither do I know how kids talk to their parents about it. So, I’m asking you all, rather I’m involving you all in this, because you all are my family. This entire valley is my big-fat family! There’s a girl I like, and she’s very intelligent, vibrant and smart. I’m afraid, I’m afraid that she might turn me down!’ I was standing behind him, witnessing everything as a mute spectator. Not only butterflies were fighting in my belly but there was an entire zoo quarreling to come out!

‘NO!’ the public was shouting, they couldn’t imagine their loved-leader being turned down by a girl!

‘But maybe, she says yes? So here I propose to Ms Kavya Shukla. Will you give me the honour and the privilege to serve you as your husband for the rest of your life, my dear?’ Afzal kneeled before me at the public podium. The audience was cheering for us, ‘say yes, say yes’ I could hear voices from the public.

‘Yes…’ I sighed. I never imagined that I would get such a grandeur proposal, and such a happy ending to my life. With all the horrendous events and black memories of past, Afzal came like a shining light, and saved me from the darkness. I could never be more thankful to God, to my Lord Ganesha, for giving me a guy like Afzal, who was my husband, and way before being my husband, he was my best friend, who stood by me, and helped me.

I believed strongly in magic, so I witness it almost every day, every second, not just once in lifetime, but every breath I take is no less than magic for me! Today however, the magic took the form of a little human being.

‘Congratulations…’ I heard the screams all over the corridors of the city hospital as Afzal and I walked out with our baby in our arms. The corridor was beautifully decorated with balloons and frills, there were colours and cakes and so many chocolates being distributed. Afzal looked at me, and kissed my forehead gently. I still remember, when we got married, people made speculations that we would get divorced, every night on the news channel, our personal life was discussed like a daily soap. If I was spotted alone in public, they made a news out of it that I was fighting with Afzal. If Afzal was spotted alone somewhere, he was dating someone else, perhaps a Muslim woman, because he was done with the ‘kafir’. But today, we shut all those filthy mouths when we held our hands tight, and held the force in our arms that was going to keep us together for the rest of our lives – our baby. Our daughter was the most beautiful thing that happened to us that day. We named her – ‘Aarzoo.’ She was neither Hindu, nor a Muslim, just a Human…