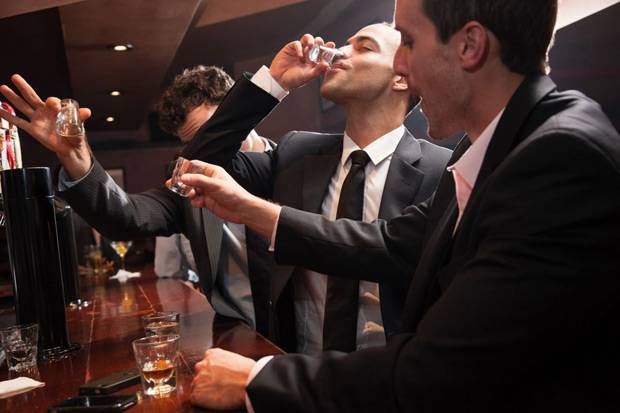 Elections were just four days away. It was Wednesday and in four days, the destiny of Kashmir for the next five years would be clear. Sana’s palatial house was filled with Afzal and his men who were staying there for time being. Afzal needed a lot of manpower for this week, and there was no other bigger and better place but Sana’s house to host them all. Afzal also stayed there for most time of the day, and whatever rallies and speeches he delivered, were all planned at Sana’s house. Yasmin on the other hand was alone with security guards protecting her 24/7 in their little home. Afzal had stopped her from going to college for this week, for it was a vulnerable time for all of them. He asked Yasmin to shift at Sana’s place for a few days, but she refused to. She didn’t find herself comfortable in so many people and Sana’s house was like a night club – the gates were always open, there were men coming and leaving at midnight. There was no time for anyone. Afzal would host dinners for big businessmen of Kashmir and they would all drink till the wee hours of morning. He had promised them, lands and industries at low rates and easy NOCs (no-objection certificates) from the government, in return of which the businessmen were funding him in these elections.

‘We know that you are our next chief minister. It’s our honour to have a drink with our upcoming CM, isn’t it?’ a man, who was unable to even stand upright, was making a toast to Afzal.

I was standing at the railing of the stairs on first floor, from where the view of the drawing room of Sana’s place was crystal clear. There were about fifty men, stuffed up in that hall which had the capacity of hosting maximum twenty men. Everyone had a glass of drink in his hand and mutton in the other. Khala was also locked up in her room. The food was ordered from outside. Khala preferred to stay inside for good reasons. I chose to do that too. I wasn’t able to sleep in so much noise, so I stood silently at the staircase to see and hear the talks. One thing was clear in politics, that nobody was pure angel. Even Afzal was making false and illegal deals, and my father trusted him like his own son!

‘Hamidi Saheb, where is the washroom?’ another man asked, who was badly drunk. He had already slipped and fallen before asking the way to the washroom. Afzal asked one of his men to accompany him to the restroom. I laughed. I didn’t realize that my laughter was loud enough to be heard by the man who was accompanying the drunkard, and to my shock, he started climbing the stairs to check who it was.

‘Hey who’s there? Who laughed?’ the man announced.

I was terrified. I locked myself in my room, and didn’t even breathe for the next minute, till the time I was sure that he had left. But for the rest of the night, I couldn’t dare come out of the room.

I woke up the next morning at 10, and realized that it was late than usual. I had to make my own food, which was one good thing about living here. After taking a quick bath and making breakfast for myself, I walked down to see if Khala had woken up. To my surprise, she was already cooking a meal in the kitchen.

‘Good morning, Khala! When do you wake up?’

‘At six every morning. The drawing room was a mess today. Took me three hours to clean it all up.’ I could see her sweating even in this cold weather.

‘Yeah, I know there were too many men here last night. I was standing in the stairs, watching them all.’

‘I said I was standing in the stairs, watching them and hearing them talk.’

‘Are you serious?’ Khala left the cooking mid-way and held me by my shoulders.

‘Look girl, these men are animals, beasts. Don’t invite them you get me? Don’t serve yourself to them! Even Sana locks her room with double and triple locks when they are here. And you are telling me that you were standing in the staircase? What if someone would’ve raped you?’

‘Don’t trust anyone here. And by anyone, I mean anyone. Afzal isn’t that kind of guy I know, I’ve raised him, but he’s not one of those either who would take up their own loss to save someone who doesn’t matters. You don’t matter to them as much as the businessmen who were here to fund his party. If they would have asked him to allow them to rape you in this house, do you think Afzal would have refused them? No! So, stop this stupidity and stop serving yourself like a piece of cake. Take care of yourself, lock your room twice or thrice, especially till the elections are not over. And don’t ever, ever come out…’

Khala’s advice sounded mature, and I really felt like a fool for pulling that stunt last night. I promised myself that I’ll never do such a stupid thing ever again!

‘Don’t apologize to me, be thankful to Allah that nothing happened last night!’ she kissed my forehead. In merely one week, there was a different kind of bonding between me and her.

It was Saturday night, and the elections were tomorrow morning. Yusuf had already left for his business tour. He was anyways not interested in these political gimmicks. Afzal and his men had taken a leave for tonight. Tomorrow was the big day, and they didn’t want to drink till morning today. So the house was empty and there was a different kind of silence tonight. There was anyways too much noise in the house since a week now, and I was kind of used to it. The silence was instead – weird.

I set up my bed to sleep, but I forgot to carry a glass of water. It was my habit to keep a glass of water beside my bed before sleeping. So I walked out of my room and into my little kitchen at the first floor and I filled up the glass. As I entered my room, I heard someone downstairs. My heartbeat was racing. It was 1 am, who could be it?

I thought about walking out and seeing who it was, but instead Khala’s thought echoed in my head. Serving myself like a piece of cake to lustful and hungry beasts, wasn’t a good option after all. I decided to just stay in my room and sleep. As I shut the door, I heard a scream. It was a woman’s scream. It was Sana’s scream.

My heart was literally in my mouth. The first thought that came into my mind was that Sana is murdered. Someone had killed her. I had no weapon to save myself. If she was killed, I and Khala would be killed too. Staying in my room was stupid, I decided to run away. Jumping from the first floor into the garden was a good idea, I wouldn’t hurt myself much.

I walked outside my room. The screams of Sana were faded, low. I stopped. She wasn’t being killed or murdered. These were different kind of screams. I walked towards the staircase to see what was happening. I could see Sana, lying on a sofa in the drawing room with her legs wide open. It was dark, but the light from the lamp outside made Sana clearly visible.

I thought Yusuf was back from his business-tour, and I felt really bad for sneaking into someone’s private life like this. As I was about to turn back and walk up to my room, the light from the lamp fell on the man’s face who was making love to Sana. It was none other than her own cousin – Zakir.

The ground slipped beneath my feet and my jaw dropped open. I literally covered my mouth with both my hands and rushed towards my room. I locked myself inside, twice, thrice as Khala advised me to. I felt the most vulnerable tonight. The sleep was gone, and I stared at the ceiling for the next hour.