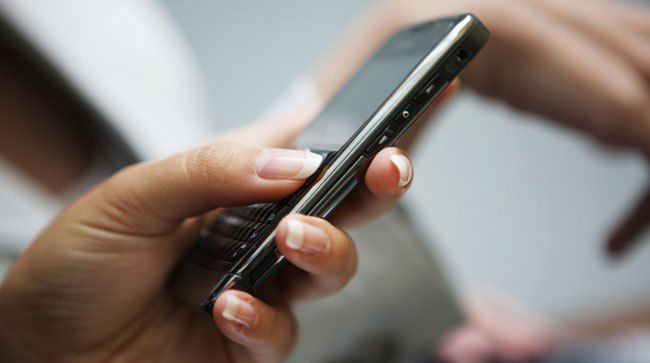 ‘There has been a missing report filed from an anonymous number, stating that the girl Mr Afzal Hamidi vowed to protect, is missing now. We will check at Mrs Sana Khan’s place in sometime to confirm the news.’ the police commissioner notified the media, who went crazy blaming Afzal for making fake promises and for kidnapping the Hindu girl right after elections!

‘This is what happens when you trust the wrong man. He couldn’t even keep a small promise, how do you expect him to run the state? He is a mad dog, just like his father!’ the local people were angered and frustrated.

Afzal watched the news and was red with anger. He immediately called up Sana.

‘What the fuck is this?’ he screamed over phone.

‘What is what? What happened?’ Sana couldn’t understand.

Sana watched the news and was horrified. She wasn’t the one who made promises to people of protecting the girl, but it was Afzal.

‘Bullshit!’ Sana knew who was the anonymous man reporting the police about it. She called him up.

‘Zakir, you can’t be serious can you?’

‘Check-mate sweet sister! This is how your brother framed me a week ago. I have just returned the favour.’

‘Zakir! Take your statement back.’

‘I didn’t give any statement. Some anonymous man did!’ he laughed. Sana was angry and amused both. She joined him and laughed.

‘You are such a character, Zakir. You deserve to be a politician. Any other career wouldn’t suit your personality you know!’ Sana smirked.

‘I know, that’s why I’m going to be the chief minister too!’

‘Listen I’m getting another call from Afzal, so I’m hanging up.’ Sana disconnected Zakir’s call and picked up Afzal’s.

‘I hope you have seen the shit that’s happened. Thanks to you!’ Afzal was still not calmed down.

‘Afzal, listen it’s not my fault.’

‘Sana, just walk out for a minute. They are showing your house on TV. Press reporters have surrounded you. Go and answer them instead of explaining to me, what happened. I’ll listen it on TV.’ Afzal hung up.

‘Such a bitch he is!’ Sana slid the curtain aside and saw the media people waiting with mics and cameras. Her security men were trying to stop them.

‘This is such a mess.’ she picked up her D&G glasses and wore them. Then she wrapped up a muffler around her face to look stylish, and walked out of her house. Two of the men from her staff ran to protect her. The media reporters started shouting, seeing her arriving.

‘Sana, the girl is missing, what is your statement regarding this?’ ‘How did the girl went missing?’ ‘Is it some kind of kidnapping?’ ‘Is this a religion-hatred?’ the reporters fired question after question at her and she was quiet, trying to answer them but the media won’t let her speak.

‘First of all, please ask one question at a time.’

‘Ma’am…’ a man captured her attention, ‘Where is the girl?’

‘Not with me. Next.’ she was brief and crisp in her answers, but was unsuccessful at avoiding a controversy this time.

‘Is it some kind of kidnapping?’

‘I’m not a spy. Her disappearance is a news for me too!’

The sirens from police vehicles made the media people scramble away. The team of the police went inside along with Sana and returned after half an hour.

‘We have thoroughly interrogated the house, and searched every corner. The FIR in the morning, was authentic but from an unknown source. We are yet trying to find out the informer, but yes, the girl and her entire closet is missing. Sana Khan has not reported any robbery or any missing money or cash which clearly states that the girl wasn’t a thief or something.’ the commissioner stated his side of the story, and the media clicked pictures of them like crazy. Sana went inside, bidding a goodbye to the reporters, and the news was played at the TV for all day long.

‘Kavya, is it you?’ my father asked as I was calling him from a payphone.

‘Yes, I’ve tossed away my phone’s sim card in a trash-can. Sana had my number, they can trace it.’

‘Father, don’t worry I’m fine. I am not missing or kidnapped. I just ran away with my own wish. I will tell you everything, meet me at the royal café tonight at 9. Can’t talk much. I’m hanging up.’ I walked out of the phone booth, covering my face with the burqa to veil my identity. My photo was being highlighted in the TV since morning, I knew this would happen, and I was waiting for it.

I met father at 09 at the royal café, and told him all the events from that fateful night.

‘Oh my God!’ father almost had a heart attack.

‘Stop!’ father was disgusted, I could sense it.

‘This means, Sana was never with Afzal. Then why is she protecting him by her money?’

‘To make him trust her blindly! If she would openly defy Afzal and support Zakir, Afzal would know that her intentions aren’t right. Zakir on the other hand, had enough of money already and Afzal needed money. So the cheapest way to gain Afzal’s trust was money.’

‘Hmm…but this is downright disgusting!’

‘I know, father, but this disgusting truth can help us a lot. Think about it. We can tell it to Afzal, with a proof of course. And then Sana and her lover Zakir, both are finished.’

‘It isn’t as easy as you think it is. How will you prove that they are together? You can’t even go back at Sana’s place now. You are missing!’

‘Father, I ran away for a reason. I have the proof.’ I showed him my mobile phone. The video clip of Sana with Zakir was clear enough to show their faces.