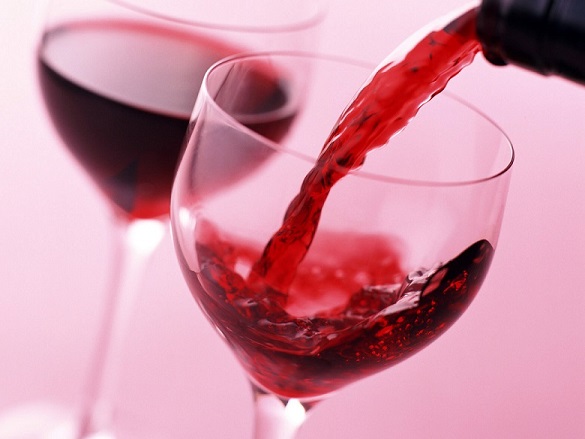 Akanksha spat the entire mouthful of food as she came to know about Shrey not being a virgin.

‘Don’t react so loudly! It’s nothing new. If you’ve ever stepped out of your home, you should know that maximum girls who get married are not virgins! And for guys, it’s no big deal. I never wanted to lie, that’s the reason I told you, otherwise, I could’ve fooled you for years pretty easily. You could’ve never caught me or found out this truth about me! Never! By the way, are you a virgin? Oh, I’m sorry…of course you are! The girl who never had any boyfriend, how can she have…’

‘Okay…’ Akanksha stopped him from completing whatever nonsense he was about to utter.

For a moment, Akanksha thought deeply, in a way, Shrey was right. Finding out anyone’s virginity was an tough task.

‘I heard you can find out whether the person is a virgin or not.’ Akanksha was still confused, so she thought to ask it from Shrey only.

‘Well, pretty much in the case of girls! If you’ve read medical science, there’s a thing called ‘hymen’ inside the girl, which breaks during the first intercourse ,but that again is unreliable you see…’

‘It’s okay, I’m done, shall we leave?’ Akanksha felt uncomfortable, and she got up, leaving her food in the middle.

‘Hey! What’s wrong? I can’t believe you are the girl who says she’s ready for marriage, and can’t even talk openly about…’

‘Alright, give me five minutes to finish my supper. Can I eat in peace now?’

Akanksha sat quietly in front of him. Tonight’s conversation made her more scared and uncomfortable. She was feeling nervous to get back in same car with Shrey, but then she reminded herself of his honesty; of being open and clear with her about his past. Shrey was right in one way, what if he had lied about everything? Akanksha could’ve believed him blindly and could have never found out his true side. At least she was sure on one side, that the man her father found for her, was a good person at heart and truly honest, as he believed in beginning every relationship only with truth!

Shrey finished his meal and got up, paid the bill and they left the café. Akanksha opened up the door for herself, sat in the car, quivering in her seat.

‘Hey, what’s wrong? You don’t seem to be alright.’

Shrey looked at her with the weirdest possible way.

*She gotta be kidding me! Am I dating a child? Even children of today’s age don’t sleep at 10, to which planet does she belong?* He thought.

‘Alright, let’s get home, and get you into bed…’

‘Yours, not MINE!’ Shrey almost shouted. Akanksha nervously held her handbag tightly.

Shrey could sense her nervousness, and he pulled the car over on a totally lonely street. Akanksha stared at him with her deep black eyes.

Akanksha clutched the door handle of the car tightly, in case she might have to leave the car and run away. Watching her actions, Shrey lowered down the windowpane of his side and got off the car.

‘I’ll talk from outside, fine now? I’m not going to kill you, can I speak now?’

‘Yes, we ARE going home! My father is a Hitler, if I won’t be back by midnight, he’ll anyways send his entire force to find me, and with you along, I’m in surveillance every minute. Now without wasting time, I want you to answer some questions honestly!’

‘Okay, have you had any boyfriend or do you love someone else? If not boyfriend, is there any other man in your life for whom you feel soft? See, without any pressure, answer me. Because I guess you answered in nervousness in the café, and I don’t want to even start a relationship with a series of lies.’

‘No, I never had any guy in my life…I don’t love anyone…’

‘Alright, and do you really want to marry me? Just be honest, tell me if your parents are forcing you into this, I’ll handle it all on my own, without involving you, trust me, I can call it off without anyone putting any kind of blame on you!’

‘There is no pressure on me, and dad said I should go ahead with the decision, only if I feel happy and comfortable about it. I just can’t say anything right now…’

‘Fine, and now last question, but for that, you have to give me your hand…’ Shrey pushed his arm inside the car from the window, and asked for her hand. Akanksha nervously placed her shivering hand on his cold palm. Shrey held it lightly.

With all that happened tonight, Akanksha couldn’t trust anyone more than Shrey, for the honest, caring and loving man he was, and the way he handled a girl like Akanksha.

‘I do…’ Akanksha spoke up feebly and Shrey kissed on her hand.

Shrey could see her moist eyes which had teardrops, just ready for the fall. He immediately shut up, sat inside the car and focused on driving. He didn’t want any more drama tonight, already he was feeling nauseous about everything, and now her tears could prove out to be a perfect icing on the cake!

They reached home, and all the old-people had ordered some food from outside. Shrey sat on the couch and drank some water, while Akanksha clung to her mother like a baby.

‘Which party? Oh! Karan’s birthday party…’ Akanksha could slip out the truth but she somehow handled the situation.

The water almost spilled out from Shrey’s mouth. Mr. Chauhan gave a stern look to Shrey. He knew something was suspicious.

‘Yeah, uncle. Shrey’s friends are all so nice and generous. They treated me very sweetly, I had a great time!’ Akanksha backed Shrey up, Shrey winked at her and she immediately looked at the ground to escape the embarrassment.

Shrey’s mother was witnessing everything, and she knew the kids didn’t go to the party and that the story is entirely different. But she didn’t mind as far as Shrey was getting close to Akanksha. Deep inside her heart, she knew that Akanksha was a perfect girl for a brat like Shrey, only someone like her could handle and tame him.

Mehras’ were about to leave, and the whole Chauhan family went to the main gate to see them off. Mr. and Mrs. Mehra sat in the car, and as Akanksha was about to sit, Shrey stopped her.

‘Can I…get your number?’ Shrey gathered all of his courage to speak up.

‘I…actually…’ Akanksha couldn’t complete the sentence that Akanksha’s mother dictated Akanksha’s number to Shrey and he immediately saved it in his phone.

The driver drove them off, leaving the Chauhans alone.

She gave him the phone back with a wide smile on her face. He had saved her number in the name of: Akanksha Chauhan…