Arranged Love is a fictional story of a couple, Shrey and Akanksha, whose marriage is set up and arranged by their families. In the ongoing trend of love marriages, an arranged one seems unique. Shrey, who is a Casanova and had many affairs and flings before marriage, while Akanksha is a sweet, innocent girl with a clear past. Will their marriage be successful? Read more to know… 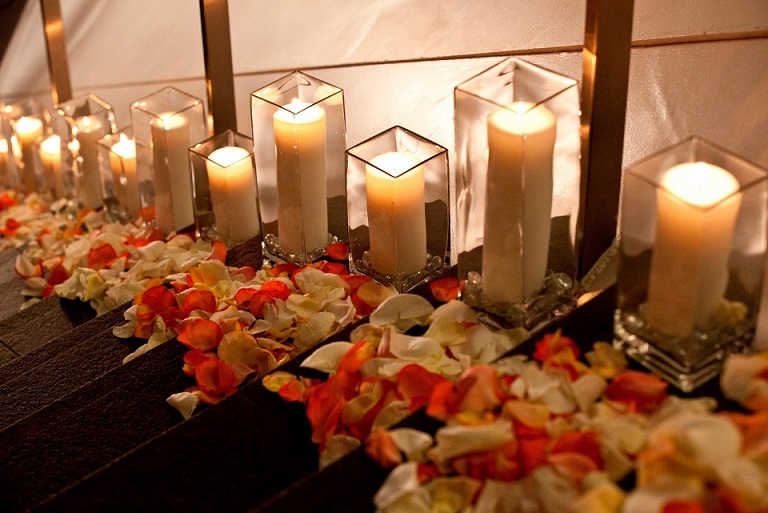 The house was as huge as a palace, with Italian furnishings, black leather furniture, white shining marble on the floor, which reflected like a mirror, Mrs. Anjali Chauhan was walking briskly towards a staircase. She climbed the staircase and entered the corridor of first floor, which looked like a five star hotel, with adjacent rooms, so many doors, red carpet on the floor and a broad walk-way, she stopped in front of a particular door and knocked it several times. A young man of around 27 years of age and about 6 ft. tall, opened the door in his pyjamas and a black coloured tight fitted vest. His hair were all messed up and his eyes were partly closed. He was still sleeping! It was Shrey, her only son and it was his 27th birthday today!

‘Thanks Maa, now please let me sleep, I’ve been awake since last night. You know the rascals Arjun and Karan.’

‘Yes, yes. I know. You do one thing, go to sleep now. But get ready by the evening, your father is coming back today!’ Anjali said and turned away.

‘You’re the best, Maa. I love you!’ Shrey yawned and closed the door.

The Chauhan’s were a brand in the city. Their agro-chemical plants were the largest in the state, and their political contacts made them all the more influential. Mr. Vishal Chauhan, Shrey’s father was an inspiration to many. Today he had several important announcements to make. On this special occasion of Shrey’s 27th birthday, he was gifting him his own unit of industry and also prepared a unique surprise for his son.

‘It’s already been 3 hours, and your father can be here any moment. We also need to leave for the party, son. Be quick!’ Anjali said and walked down the stairway.

Within an hour, Shrey and Anjali both left for the party. Mr. Chauhan was to arrive directly from the airport only, so they didn’t bother waiting for him at home. The hall was full of VIPs and VVIPs. Shrey felt important and influential. The security was tight and Shrey was greeted at every step. It was not the first time that he was tasting fame. He was aware of his father’s name and repute in the city, but tonight was the time, when he also emerged as a brand in front of the important people.

Mr. Chauhan soon arrived with an army of bodyguards dressed in matte black and carrying deadly weapons with them. His brisk walk made him look smarter, he climbed up the stage and held the mic.

‘Good evening ladies and gentlemen!’ Mr. Chauhan, a man in his fifties, was addressing the crowd in a way someone half his age would do, yet he looked graceful and energetic.

Shrey jumped with joy and climbed up the stairs. He touched his father’s feet as a sign of respect, and stood next to him.

‘I can’t believe that you’re 27! See, he’s as tall as me, no, even an inch or two taller, eh?’ Mr. Chauhan chuckled and everyone laughed.

‘I have two very important announcements to make, ladies and gentlemen. First and foremost, our agro-chemical industries are doing pretty good since the time we started them, but now it’s the time we expand our business and explore other areas of commerce. So, I and my financial team have decided to open up a pharmaceutical industry as well, which will solely be managed by my one and only son, Shrey Chauhan…’ the hall was thrilled and thunderbolts of claps could be heard all around. The background of stage showed a brief presentation about the upcoming project and their missions. The news was huge for businessmen and media people. Journalists could be seen taking up notes as quickly as possible, trying to jot down every word uttered by one of the most prominent business personalities of the city.

‘And the second most important news of the evening, ladies and gentlemen!’ Mr. Chauhan once again caught the attention of the crowd.

‘My son is now 27, and I’m also getting older.’ the audience couldn’t agree with the second half of the statement, seeing the kind of energy the man possessed. Mr Chauhan continued,  ‘Someday or the other a man has to realize his responsibility. Being a parent, my foremost responsibility is happiness of my son, a dream of seeing him settled. I think many of you got what I’m trying to say, but let me be clear. I’ve decided to expand Chauhan Agro-Chemicals and collaborate it with Mehra Industries, but in a personal and exclusive way. This collaboration won’t only change the market scenario and get new jobs for hundreds of people. But this collaboration is also important from my family’s point of view, as this way, I’ll get a daughter in my home too, by marrying my son Shrey, to Mr. Mehra’s daughter, Akanksha. Come’on Mr. Mehra…’ Mr. Chauhan called up his old friend and colleague, Mr. Mehra on stage, and they hugged for few moments.

Shrey was shocked and speechless. Expanding business and starting up new industry was one thing, but making a public announcement about his marriage, and that too on his 27th birthday, was something bizarre and totally unexpected! The decision Mr. Chauhan made, was unacceptable. He couldn’t materialize his son’s life, and he couldn’t make decisions about his marriage. This was so not happening!

‘Akanksha…daughter, come on, climb up…’ Mr. Mehra signalled towards the crowd.

A slim, tall and fair girl, in blue chiffon saree, took a step forward. Sliding a silky flick of her hair behind her ear, with her gaze constantly chasing her own footsteps, she was walking with her head held down. While media was busy taking a glimpse of the beauty, she preferred to hide it.

Shrey saw her, and as his eyes wandered from her head to her face, to her bare navel and her feet, he was totally blown away. He was the kind of guy who never had any relationship longer than a year. But Akanksha was a different girl. So simple, so homely, totally not like his previous girlfriends. He wanted to know her more, before getting married, and he said to himself that he was definitely not in love with this girl unless he knew everything about her!

‘Come on, my princess! That’s my daughter…’ Mr. Mehra hugged Akanksha, and she blushed. She touched Mr. Chauhan’s feet and he blessed her by gently placing his hand on silky tuft of her hair. Then she moved forward to shake hands with Shrey. She nervously put forward her hand and Shrey immediately held it, and left it in a microsecond. She couldn’t assume what just happened, but just a touch of Shrey, gave her shivers down her spine…