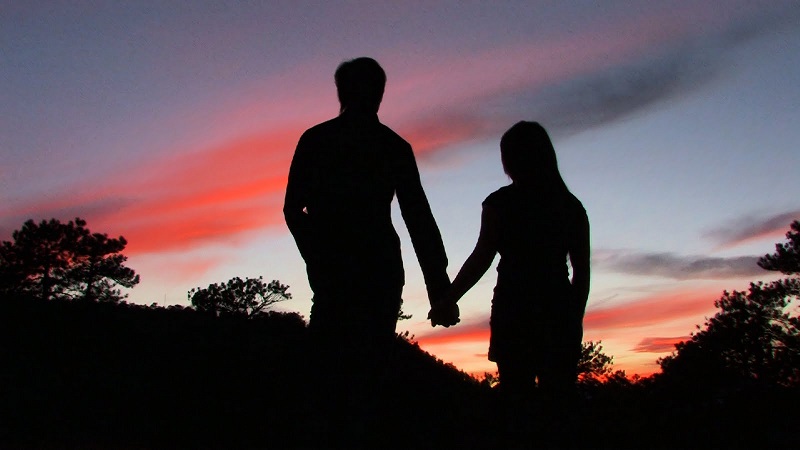 Bonding between Shrey and Akanksha strengthened over time. Shrey never expected his girl to be an innocent one, neither did he desired a virgin for himself, but with a girl like Akanksha at his side, he considered himself to be the luckiest bastard alive!

Shrey and Akanksha were talking from a month now, after every midnight. Shrey had made her a brat too. She slept daily in the morning and woke up in evening. Anjali was tensed as instead of making Shrey a good boy, Shrey was making Akanksha a bad girl.

‘Can I call you sweetheart?’ Shrey called up Akanksha at 1am.

‘Well…you can call me sweetheart, but can I call you baby? I’ve always dreamed of this thing, and I wasn’t sure I could ever speak it up! Because you’re elder to me in age, and I find it really awkward, you know…’

‘Shut up, of course you can!’ Shrey laughed over the phone.

They both were falling for each other every passing second now. Shrey knew, that Akanksha was a kind of girl, who was meant for him. There was no point of argument in their relationship, Akanksha always understood everything, she was so humble and down to earth that she demanded nothing, but just love and care, something Shrey had plenty to give!

‘Let’s meet tomorrow, it’s been a week since I’ve seen you, and I guess now we’re close enough to plan a proper date without involving our parents in it!’ Shrey spoke.

Akanksha agreed, and Shrey picked her up from her home. They planned out a movie, but the show was house-full, so Shrey took her to his favourite place. It was a dark place with very dim red coloured luminescence and it was a restaurant.

‘They serve city’s best Mexican food. You like Mexican?’

‘Honestly… I don’t know. I haven’t tried yet.’ Akanksha was nervous. The place was full of guys, there were hardly any girls to be located. Akanksha was feeling nervous and tensed.

‘Listen, I know you’re not comfortable, but this is not exactly the place we’re supposed to visit today. It’s a surprise, I’m just getting a parcel from here. Just stand right here and I’ll be back in two minutes, don’t step away and don’t try to explore anything, just stay here!’ Shrey looked at her with his serious eyes.

Akanksha could clearly see possessiveness and insecurity in Shrey for her. Shrey went to talk to the manager about getting some food packed and to take along. Meanwhile, three guys entered the restaurant, and they spotted a lonely girl, standing in a corner. They approached the girl with foul intentions.

‘Nice figure…wanna come with us? One night?’ said the other.

The third guy held Akanksha’s arm, and she started shivering. She couldn’t even speak out Shrey’s name for help. But fortunately Shrey saw the guys and without wasting any moment, he picked up a beer bottle from a table, and smashed it down at the third guy’s head, who was holding Akanksha’s arm. He started bleeding incessantly.

The tiny pieces of glass were scattered in every corner in the restaurant. A scene was created. Before the remaining two guys could react, the manager came at the spot with some bouncers who controlled the guys and Shrey. The manager knew Shrey personally and being the son of one of the most prominent personalities in city, the manager knew whose side to take.

Shrey held the collar of the third guy and shouted, ‘Don’t you dare look at her, understand? Keep your eyes low or I’ll gouge them out, you bastard!’

Akanksha started crying. She had never witnessed such an environment in her life of 20 years in a girls’ school and girls’ college. She was naïve and new to such things. Shrey hugged her tightly and placed his hand on her head.

It was their first hug and first kiss, but the timing was so wrong. Nevertheless, Shrey looked at himself, and realised how much he has fallen for Akanksha. She also clutched her fingers tightly to his back, and wasn’t ready to leave him. She knew that whatever she was feeling for Shrey, was something she never felt before, for anyone. This was something else, not just friendship, not just a crush…this was something much deeper…this was definitely love…

Shrey took her along and they went to his surprise place. It was a secluded fort.

‘This fort is my old refuge, since college days! I loved coming here alone to spend some time with myself…this place is just magical! No one knows about it, just you do, now…’

‘Am I that special?’

‘Most special…’ Shrey looked into her eyes, and kissed her forehead.

They came near and their noses touched. They could hear each other’s breaths. Akanksha clutched her fists tightly. Her heart was racing at its fastest. Shrey held her face with both his hands and gently lifted it up and Akanksha moved her hands on his shoulders. Shrey moved his face near to hers, and their lips were just about to touch, but Akanksha’s phone rang. She immediately backed off. The moment was lost.

‘Hello? Yes, mom! I’m alright…no we’re having Mexican, and I’ll be coming within half an hour. Okay…yeah, he is with me. Ok, alright…bye!’

‘Half an hour? It takes half an hour to reach your home from this place! You should have said at least two hours, sweetheart!’

‘But dad will be coming home anytime now. I need to reach home before him, please let’s go back. Please?’

Shrey dropped her home within half an hour, and she blew a flying kiss at him.

‘My kiss is pending, sweetheart! And I’ll take it all from you…with interest!’ Shrey winked and drove off.

At Shrey’s home, Mr. Chauhan was sitting with a priest and Mr. Mehra.

*What the fuck? Her father is here and I lost a golden chance! What a waste, Shrey!* Shrey whispered to himself.

‘Hello uncle…’ Shrey greeted Mr. Mehra who seemed to be finalizing something. They both were sitting with some papers and pens.

‘Nothing, we’re fixing date of your marriage…’

‘REALLY?’ Shrey sounded so happy at once!

‘Look at him…this man was saying that he’s not ready for marriage, a month ago, and see the grin at his face now!’ Mr. Chauhan mocked and even the priest laughed.

‘See, the best timing would be next week. The stars are aligned in perfect position for the bride and groom to get married.’ The priest made some astrological calculations and jotted down the date which was of barely 6 days later.

Shrey couldn’t be happier. He immediately texted Akanksha, who reacted in equally jolly way listening to such stupendous news.