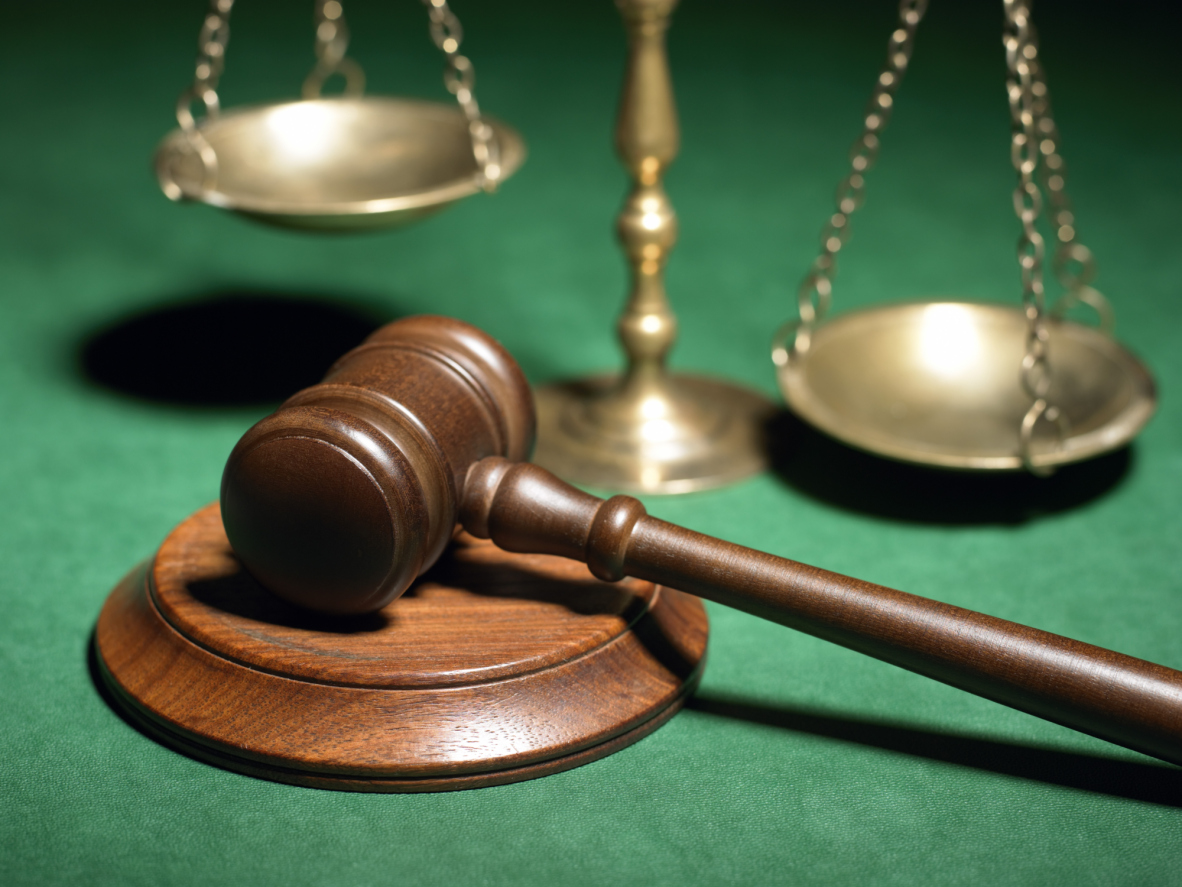 ‘Under the ‘voluntary manslaughter’ case, the culprit Ezryl is looking at a long term jail sentence, if the man Drake, dies by any chance, she may be looking at a sentence as long as 25 years to life. It’s all upon her fate. The man is still hospitalized and doctors have removed the blade, but he’s still under danger because his heart is badly damaged.

If he survives, she will be still looking at a jail sentence for an ‘Attempted Murder’ case, we will petition for a fine and a bail, after which she will have to stay in a rehabilitation for some time.’ The lawyers were discussing the probability of saving Ezryl. Being an actress, she no doubt had a bunch of best lawyers by her side, all funded by her production house, who signed her for five years term. They were surely thinking to terminate the contract as their company was in news every other day, because of Ezryl.

The hearing started and Ezryl was called upon in the court. The old, female judge seemed grumpy, and looked ever ready to lock-up Ezryl. Ezryl who still was partially conscious, stood by difficulty, holding on to one of the chairs on her side.

‘Silence…’ the judge announced, ‘Can we please start the prosecution?’

The opposition lawyer started with his side of the story, depicting how Ezryl first entered forcefully into Drake’s home, tried luring their young child, and thereafter tried to kill her ex-husband Drake for re-marrying and living his life in peace. He didn’t forget to mention about how high she was, during the entire criminal activity she performed.

Ezryl looked upon him in amazement and smiled. She was still high enough to understand anything.

Ezryl’s lawyer defended her by stating that the culprit was not in her state of mind, and that she did not purposely drove a blade into Drake’s chest, and that she was forced to do it as she was driven emotionally and mentally by her failure and Drake’s success. She could not see him living a happy life while she was going through the toughest phase of her life, all alone.

After a long procedure of trial, Ezryl was asked about her state of mind at that time, and if she committed this crime with the purpose of killing the man, to which she replied very casually, ‘My lady, I did not enter that house to kill Drake in the first place, I just wanted to meet him and ask him to come back to me. Divorce wasn’t a solution. But when he returned from supermarket and seemed to be happy in his new family, I couldn’t tolerate his peace. I wanted to be a part of that family too, but how? I wanted a child of my own, I wanted a husband so bad, that I did not know what to do, except for venting my anger on to him for leaving me and divorcing me…’ Ezryl broke down after her statement.

The judge called the trial off and scheduled another day for them in next week, till which Drake’s condition would also be cleared whether he was to live or die. Her lawyers were positive that they would be able to drive her out of the prison, and demand for a rehabilitation for her mental stability if Drake survives. Being a celebrity, and a high profile woman, Ezryl’s chances of being imprisoned were thinner than tissue papers!

‘I’m sure she will be out of this hell in a week or so.’ The Lawyer talked to his partner, ‘Ezryl, you have to manage for a few more days, till then we will see what we can do. Don’t lose hope, we are working tirelessly for you, outside the walls…’ the lawyer patted Ezryl’s shoulder and left. The armed guards grabbed her and took her back to the prison, to her room where she was confined in solidarity.

While Ezryl was resting in peace, in her cell, she heard some noise outside. She got up and reached near the iron bars. She couldn’t see anything beyond a greyish wall which stood tall between her, and the outer world. She heard the same noise again, it was tinkling sound, as if someone was clinking some metal piece with the iron bars of the cell.

‘Who’s this? What do you want?’ Ezryl shouted.

‘Sshh…easy tigress! Easy!’ a man whispered. His voice was heavy and masculine. The sound was coming from the cell next to hers. The penitentiary where Ezryl was confined consisted of both men and women, captured in separate cells.

‘I’m not your friend, alright? Don’t disturb me!’ Ezryl crawled back into her bed, and the man whispered again, ‘It’s something of your business, alright? I’m in no mood to disturb Hollywood princesses, otherwise!’

Repercussions of her physical caging and mental instability lead her to a path, from where she could never return. The man confined in the cell next to hers was one of David’s men who introduced Ezryl to David, after she was rescued from the prison as her ex-husband Drake survived the attack. The blade had entered his chest, but narrowly escaped his heart which saved his condition. His statement was recorded as an attempt to murder against Ezryl, and he did confess that she was doped and partially conscious which turned the case partially into Ezryl’s favour, and the court released her by the weekend. She was sentenced rehabilitation and home imprisonment for three months, and after that she went to see David, with whom she was in touch for those three months. After she started working for David, she had to prove her worthiness to him, and the first task she was assigned, was killing Drake – finally!

She couldn’t be happier. Her incomplete task would complete now, and she planned the entire murder this time, with precautions and proper analysis. It was her first task, and she had to work it right, to prove her worth and get free supply of drugs for her entire lifetime! Soon she got a termination letter form Vicinity, her production house, who were no longer interested in working with a criminal. She happily tore it into shreds, as she no longer needed them or their job. She was soon going to be rich, and filthy rich. She trusted David and she knew she would get heaps of money, and drugs both, if she proved herself to be trustworthy.

Soon in a month, she executed her first plan and was successful in killing Drake. Her first success, lead to failure of many and the saga continued till a year more.