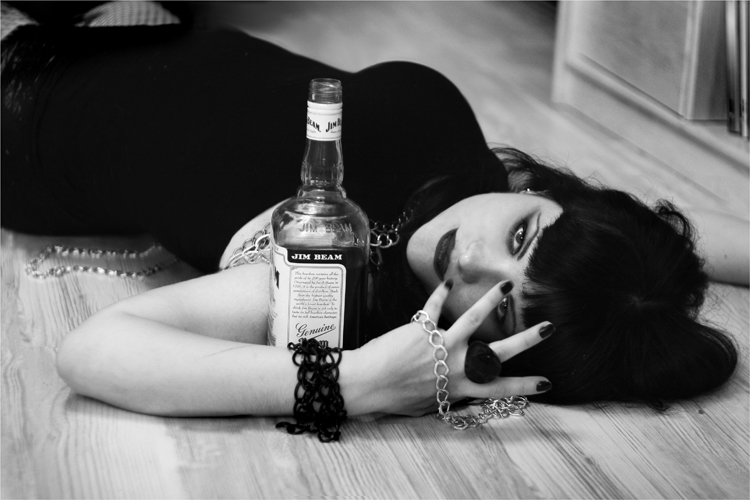 Drake and Ezryl were living separately. Ezryl was happy with her life and her stardom. She was working in a new movie and lived in her palatial house in Beverly Hills, while Drake resorted back to his middle class life in Pittsburgh. He had finally found a job, in a company that was rival to the previous company he worked for. They needed a man with company secrets, and Drake’s vulnerability and poor condition was perfect for them to grasp as many secrets as they could. Drake too was desperate for money, so he did whatever he could, to earn and live like a king!

Ezryl’s movie was about to release and the day before the premier was to be held, she received a letter in her mailbox. First she decided not to open it, as she was too nervous for her movie, but when she saw Drake’s name on it, she opened it readily. She thought he might want to wish her all the best for her first movie, but the content inside, turned her insane instantaneously!

Drake had sent a divorce notice with a letter stating that he was dating a woman from his office, who wanted him to marry her, but for that he had to divorce his first wife, who coincidentally happened to be his first love too. But Drake could no longer wait for Ezryl on a path that clearly depicted a ‘dead-end’. Waiting for her meant suicide, and Drake was not in a mood to commit one! Ezryl broke down and shattered as she learnt about his new girlfriend and his fast pacing life. That was the moment she realized that Drake was always an asshole, and she deserved someone far better than him, someone who could understand her dreams, and someone who could reach for the stars. Drake was meant to be born and die in that shit-hole of Pittsburgh, and she was never going to be a part of it. She signed the documents and posted them back to Drake within minutes.

Somehow, even though she had signed the papers and was soon going to be a single and free woman, she didn’t like the tone of it. She couldn’t help but think about the woman Drake was dating. Was she beautiful than her? Was she richer than her? Was she good in bed? What made Drake fall for her over the superstar Ezryl? Yes, she treated herself no less than a superstar and she always wanted people to praise and appreciate her. Rejections and criticism acted as catalysts to her brain and she would lose her mind readily! She was not prepared to take any kind of criticism for her movie, so she switched off her TV and asked the newspaper guy not to deliver the papers for next two weeks. She was not taking any phone calls, and neither did she make any public appearances after her movie was released. The verdicts said that the plot was strong, but her acting was disgusting! The choice of words the critics were using, were definitely not the ones that would keep Ezryl calm for long time. She had failed as an actress and she had failed as a wife. Her husband had moved on with another woman. The movie theatres had also moved on with another movie. Everyone had forgotten her and she was all alone. She wasn’t getting any new offers after being flunked and rejected so harshly. That was the moment she decided that she will bring her life back on track.

She booked tickets for Pittsburgh and landed a day later. Without having breakfast or lunch, she took a cab to Drake’s place, the address which was mentioned at the letter that had the divorce notice. A woman in her mid-twenties opened the door and recognized her readily.

‘Oh! Welcome Ezryl, it’s so nice to see you. Come in!’ she smiled. Ezryl didn’t like it. She was the woman that her husband was sharing his bed with, how could she like her?

‘Uh, no, he just left to get some grocery. Why don’t you join us while he returns?’

‘Us?’ Ezryl didn’t know there were more people living with them.

‘Ah, yes, we have a four years old son. I started working here, in Pittsburgh, few months ago, and then I and Drake decided to adopt Harry. Originally, I’m from Boston.’

‘Oh, nice to hear that.’ Ezryl walked in and their four years old son was playing with his toys.

The boy jumped up but settled down quicker as he learnt that it was not Drake, but some grumpy woman who had a frowned look at her face and blood red eyes.

‘Oh no Harry, your father will be back in a few minutes. This is Ezryl.’

‘Who is she?’ the son asked out of excitement.

‘She is…she was…’ the woman had no words to explain to her son about the relationship she had with Ezryl.

‘Are you alright?’ she looked at Ezryl who was holding the table to stand properly.

‘Yes, I am. Can you call Drake and inform him that I’m here?’ she asked the woman.

‘Oh, sure…’ as she exited the room to make a phone call, Ezryl neared the child and whispered, ‘I’m your mom, son. She’s a bad woman! I’m here to take you with me, so we can all be together, and be a happy family. Do you want to come with me? I have a huge house, and a lot of toys!’ Ezryl always was possessive of Drake, but her obsession for money and fame blinded her and now when she lost everything, she wanted it back and she started with Drake and his family. She didn’t like the way the child called Drake his dad. The children from her own womb were allowed to do so, and nobody else! She didn’t like the way that woman called Drake her sweetheart and baby. Only she was allowed to do that.

Soon enough, Drake entered the room and was shocked as he saw Ezryl.

‘What have you done to yourself? Hell, what are you on? Are you drunk? Are you on drugs? What are you smoking? Answer me…’ Drake still felt soft for her in some remote corner of his heart, and taking advantage of the situation, Ezryl dramatically fell into his arms.

‘Save me, Drake…I’m here to ask you to come with me and save me. I’m ruined…’ she started crying and hugged him harder. Drake’s wife stared at them blankly and her son stood up and hugged his mother, ‘She’s a bad woman. She said she will take me away from you. She says she is my mom and you are not.’

Drake pushed her back. Now that he had moved on with his life, had a wife and a son, he didn’t want to create anymore tensions in the peaceful life he was living.

‘Ezryl, go back and never come here again, you understand me? Harry is ‘our’ son, not yours! Samantha is my wife, not you!’ Drake held his wife’s hand, ‘You could never give me anything, and neither did you ever respect me. Why are you here today?’

‘Drake listen to me…’ Ezryl was never fine with rejections and this was the biggest fear of her life too. She shut her ears down with her palms but Drake’s voice was still audible. She couldn’t accept the truth and she decided to move out of the house immediately.

‘Never come back here again, you got me?’ Drake was shouting and Ezryl took huge leaps. As she was about to exit the main door, something crossed her mind and rushed back in.

‘What is it now?’ Drake was still maintaining his calm.

‘This…I forgot this…I’m sorry Drake…but I can’t see you with anyone else…’ Ezryl shoved in a six inches blade right through his heart. Samantha cried out loud and her son gaped hopelessly. They couldn’t understand what to do. The blade was still inside his chest and they called 911 immediately. Till the time the police and ambulance arrived, Ezryl left the crime scene. The woman took Drake to hospital and Ezryl was caught a few blocks away, heavily doped and drugged. She was moved into the nearest penitentiary within a fortnight and she waited for a long running judicial procedure which would decide her future now.