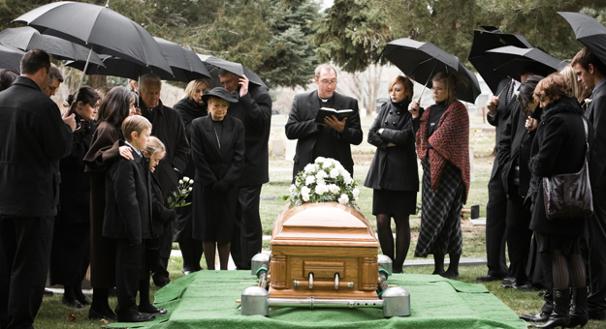 ‘Excuse me, ma’am? Can you please help me finding this student?’ Garv slid a slip on the table of the receptionist the next day, which had a number on it.

‘The roll number. Can you please help me find this student, ma’am?’ he said again.

‘I am a teacher here. I joined last week, so not everybody knows me!’

‘Oh, are you Mr Garv Raichand?’

‘Aah, what a relief it is to hear your name from someone in a strange city! Yes, I am Garv Raichand, and yesterday by mistake, I claimed this laptop from the ‘lost and found’ department, and at home I discovered that it’s not mine, although it has same specifications as my laptop. I need to know the student to whom this laptop belongs.’

‘Oh, wait a while, let me go through the database, can you please say the roll number again?’

‘Okay, just hold on. Here it is – Srijeet De, he is doing Bachelors in Psychology in second year and Ms Samantha might know about his current lecture-schedule. She’s the head of psychology department.’

‘Well, thanks a lot! Also, where can I find Ms Samantha?’

‘Oh, her office is at second floor in Psychology department. Just opposite to the laboratory.’

‘Alright, thank-you so much. I should see her as soon as possible, poor kid might be worried!’

‘All the best’ the receptionist smiled and Garv left in hurry.

He entered the psychology department. The bag on this shoulder started feeling heavy. He felt strangely different. The department had three buildings and very huge lawn. Classrooms were open and airy, the department as a whole was well-built, but he felt something undescriptive. With a heavy sigh, he climbed up the stairs and reached the second floor. He could clearly see Ms Samantha’s name-plate hung outside a wooden door. It might be her office, he thought and knocked on the door.

‘Come-in’, a soft voice greeted him from inside. He slowly opened the door and walked in.

‘Good-morning ma’am, I am Garv Raichand.’

‘You? You were the one who argued with me yesterday, isn’t it?’

‘I know, and I apologize for whatever happened yesterday. I’m a new teacher here, in the department of Home Science, here…’ he showed her his Identification proof, ‘And I want to know about this student – Srijeet De – by mistake…’

‘You claimed his laptop yesterday, without seeing the roll number at the back of it, isn’t it?’

Garv stood there awestruck and amazed, and equally ashamed. He gaped at her with an open mouth. He couldn’t assimilate how clever this woman could be. She knew that the laptop belonged to some student, and still she didn’t tell him. But then on similar grounds, he blamed himself for not double checking on it before taking it home.

‘I know, I saw the roll-number in the library only and announced twice, but the kid wasn’t there. So I submitted in the department of ‘lost-and-found’. I know you would be thinking if I already knew about it, why didn’t I tell you? Because honestly Sir, I thought you’re a student and secondly, I could ‘not’ just hand over the laptop to anybody who would come to me and say ‘it’s mine’! Now whoever has the laptop that I returned, has his details left in the lost-and-found department, may it be you or anybody else. So, my role in the game is over.’

‘I am very sorry for my behaviour yesterday, ma’am, but I need to know about this kid so that I can return his laptop and get mine back. I know there might be some grave confusion, and I am sure he also would have no idea that the laptop he picked up is not his.’

‘Alright, let me check where he is now.’ Samantha dialled a few numbers from her office-landline and a peon entered her office.

‘Shyam, please go and call Srijeet De from Lecture Hall number 23. And announce this roll number if needed.’ she handed him over a slip.

Within five minutes he came back with the kid, who looked like he was still sleeping!

‘A very good morning, Srijeet. I think everybody knows that it’s morning, but only you. Haven’t you taken a bath today?’

‘We’re not getting water in the hostel-bathrooms since two days, ma’am. Some guys broke down the main pipe and it’s flooding the outside lawn.’

‘Oh, you boys! I’ll talk to Mr Chatterjee about it. Listen, is this laptop yours?’

‘Yes, ma’am!’ the boy woke up from deep sleep as he saw his laptop in the hands of Garv.

Garv handed him over his property, ‘Listen kid, I’m very sorry. Yesterday I took this laptop mistaking it to be mine. I’m sure you were also a victim of this confusion, weren’t you?’

‘Ugh, no? I simply left my laptop in the library and when I came back to check it, it was gone. I thought it’s stolen. I checked with the department of lost and found too, but they said they had only one laptop and it was already claimed, so I returned hopelessly.’ the kid narrated his side of the story.

‘Oh, that means my laptop is gone now. There’s no chance I can find it. Well, thank you kid.’ Garv patted his back and walked out of Samantha’s office. He thought of going to the lost-and-found department again, to check if somebody had left a laptop last night, or maybe today morning?

‘Mr Dubey, did you get any laptop?’

‘What? How many laptops have you lost, mister? Yesterday you took one, and today again you are here in search of another? It’s a lost-and-found department, not a shopping mall!’ he sniffed.

‘I’m sorry, actually the laptop I claimed yesterday was not mine, it was of a student and I returned it to him today, but my laptop looked the same, that’s why all this confusion crept up!’

‘What? What kid? Was it this kid?’ Dubey-ji handed him over a receipt, similar to the one he signed yesterday while claiming the laptop. It had all the details of Srijeet De on it.

‘What the hell is this? I met this kid like a few minutes ago, and he said it on my face that he found nothing in your department, what a liar!’ Garv was fuming in anger.

He took a few lectures, interacted with his students, and went home. He had lost all hopes of getting his laptop back. He knew that the kid might have sold it already, because kids these days, can do anything!

‘What an asshole he is! I swear I would have killed him if he was not a student in my University!’ he slept with a grudge in his heart.

The next morning, as he reached college, there was silence all around. He inquired what was wrong to which his fellow students said that someone had died last night, and that his parents, the students and teachers are taking away his body to cremate.

‘Some student named – Srijeet De from Psychology department’, the ground shook beneath his feet and he experienced a little heart attack in his chest as he heard the name.