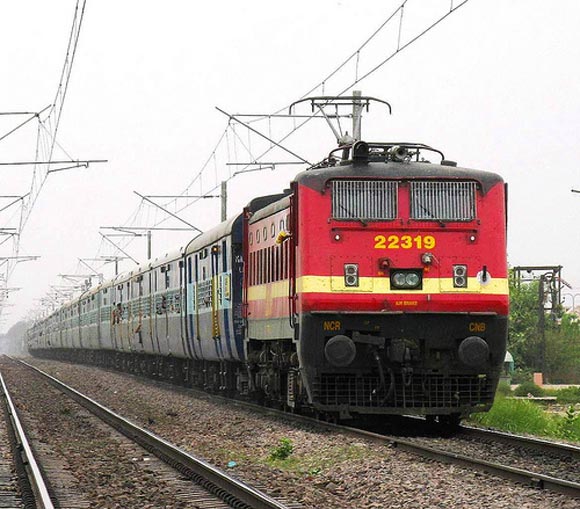 Back at his home, Garv couldn’t sleep. He had to know if he was actually normal or the ritual was just a wastage of time. He stared at the ceiling remembering his journey as a shy-child in Delhi to a professor in Kolkata. His life had changed drastically. He had changed in unimaginable ways. Unaware of the strange black-power residing inside of him, he always tried to be a nice man. He couldn’t imagine he had murdered two people.

The alarm buzzed. It was 06 o’clock and strangely enough, Garv hadn’t slept for an entire night. He was waiting for this moment. He got up, hired a cab and reached at Samantha’s place – that haunted house. He rang the bell and Samantha saw him from the balcony of first floor. Wearing black gown and with her loose black hair, she looked gorgeous.

‘Open the door, I have a good news for you.’ Garv screamed.

Samantha ran down the stairs and opened the door. She escorted him in. It was the second time Garv was entering her lobby, and he keenly observed the painting that closed behind him. It was of an erupting volcano. He kept that in mind as he checked his watch, it was exactly 06:30.

‘I want coffee to wake up, so wait for me. I’ll get two cups.’ Samantha smiled and walked through a painting, she had memorized all the pathways of her home by now. Garv kept staring at every painting. The erupting volcano had now shifted by six paintings. He was meekly observing everything. Making mental calculations. Applying all the mathematics he had learnt in school.

‘Here’ Samantha handed him over a hot cup of coffee and she herself was sipping one from her black cup. Everything in her house looked like it had a history of curses and abominations.

‘I’m a free man now. I participated in the ritual last night. It was my only chance. Durga Pooja happens once in a year after all.’

‘WHAT?’ Samantha was outraged, ‘I asked you to kill that priest.’

‘Oh no, it’s not your life, not anymore’ she picked up the voodoo doll and pricked a needle in its chest with all the force in her body. She looked at Garv. He was sitting still. Motionless.

‘What the hell?’ Samantha scratched her head.

‘You should get a treatment for hair fall you know.’ Garv laughed hysterically.

‘You swine! You filthy piece of shit, you can’t double-cross me.’

Samantha approached him with another needle and was about to pierce it in his arm, but he held her hand firmly. Last time she collected his blood because of his shock and terror that made him motionless, but he couldn’t act foolish this time.

‘It was important to win your trust to kill you, bitch!’ Garv pushed her far away.

His anger becoming fierce and restless, a dark shadow growing behind him. The priest had told him to give it one last shot, and he knew it would be his most powerful one as this shot was about to expel all the dark energy out of him. The amount of anger her had inside, was capable of killing Samantha and he wanted to do the same. He thumped his fist on the centre table, breaking it to pieces. Samantha was scared.

She opened a painting and ran into it. Garv followed her, punching the walls like maniacs.

‘Stop it, please! Don’t hurt me, leave me…please…’ Samantha reached the lobby again and came on her knees, begging.

‘Did you stop yourself from hurting me when I asked you to? NO!’ Garv slapped her hard across her face.

‘When I was in pain, did you once think about me as a human? NO!’ another slap.

‘You kept using me, you psychopath! For your bizarre experiments and your madness. I’m not leaving you today.’ Garv turned around. Samantha was still holding the needle with which she came at him.

Garv’s anger was rising. His fists clenched tight, he could feel the power. Samantha on the other hand, lost control over her hand and pierced herself into her vocal cord. Blood gushed out of her throat and she died on the spot. Garv fell down of weakness. He felt as if someone sucked his soul out of him. He saw the time. It was exactly 07:00 o’clock. He waited on a sofa patiently. The police arrived, breaking the doors. He had notified the police beforehand and told his entire story to them. They asked him for a proof against a woman to which he asked them to wait till morning. Garv had pleaded the inspector to come looking for him at 07 o’clock in Samantha’s house because he wasn’t sure if he would be able to figure out the doorway to outer world ever. He told his entire story to police, skipping the dark-energy part, knowing that nobody would believe it. The police registered Samantha’s case as a suicide, concluding her to be a psychopath.

Garv caught a train back to Delhi the same evening. His purpose of coming to Kolkata was fulfilled…