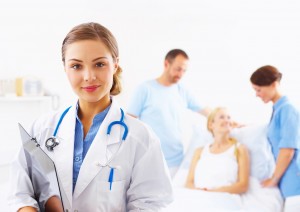 I was happy as Dr Ishan gave me the world’s best idea, of getting married on a contract basis and then divorcing each other and being free to do whatever we wanted to. It was a genius idea anybody could have thought about, and most importantly, it could stall my parents from forcing me to marry someone any soon! After my divorce, they will at least wait for five to ten years to start pressurizing me again to get married to someone, and till then, I could achieve all my dreams! I could be a good gynaecologist, just like Dr Mathur from our hospital and I could even own my own clinic, hell my own hospital! Dreams were huge and plan was simple. The only thing left was signing some papers.

My parents asked about Dr Ishan’s parents who were absent even on their son’s wedding, to which he responded that his father was ill and they could not travel that far to arrive on such a short notice, and that they would come to Mumbai next month, and then they will have a proper ceremony and a ritualistic wedding. Till then, we were having a court marriage as my parents wanted me to marry in this particular week, because some astrologer had claimed it to be the most auspicious time of the entire year. What nobody knew was, in the time Dr Ishan’s parents were supposed to come, we would get a divorce and nobody would talk about any rituals or wedding after that! The plan was perfect and without any loopholes. There was no chance of failure!

I was at peace, finally! The first night at Dr Ishan’s house was no less than a camping trip of college. I had packed my belongings and shifted, knowingly that I was going to stay just for a month. My mother and father were staying in my home, for father was advised serious rest and no travel for six more months! Every bride would fantasise about her first night and she would feel shy and nervous. But unlike those usual mood swings, I was confident because I knew, nothing was going to happen. I knew I was going to sleep alone, just at my own home, and there was nothing new to this night at all!

Dr Ishan opened up his guest room for me, and I cleaned it up a bit – though it required a lot more cleaning and dusting, but I was too tired to do anything that night – and slept immediately. I made sure I locked the door and double-checked it. No, I didn’t think of Dr Ishan as some pervert or something, but I just did that for my own assurance. I didn’t want Varanasi dreams to haunt me again. I made sure that I shifted my every belonging to his guest room, so I didn’t have to bother him again and again for little things.

The next morning, I woke up, bathed in the dirty bathroom and walked into kitchen to make some breakfast. Surprisingly, Dr Ishan was already awake and he even kept the breakfast ready for me. He made bread-butter sandwiches for the morning with some orange juice poured into crystal glasses.

‘Good morning, doctor! All this for me?’

‘Well, nothing fancy. I do this for my-self daily, just added one more person on the list!’ he smiled and passed me the butter and knife.

We both had a peaceful breakfast and he left in his car, while I left in mine. We both reached the hospital around same time, and the entire day passed by in a blink of an eye. I had so many cases and saw so many new patients today, even assisted in a delivery today, which was exhausting!

I came home, I mean, doctor Ishan’s home, and saw the locked door. It occurred to me that he hadn’t returned. We both carried our separate keys along, in case one was late, the other wouldn’t have to wait. I opened the door, made some dinner for myself, kept some in fridge for him, texted him about the dinner in the fridge, changed my clothes, from a tight salwar-kameez to a pair of shorts and spaghetti for the night, locked the guest room and slept. I had no knowledge about when he came, or what he ate, if at all. I just saw him the next morning on the breakfast table!

‘Good morning, Doctor! How was your day, yesterday?’

‘Nothing much…’ he responded lazily. I knew he had a tiring day and didn’t sleep much.

‘Must be tiring and exhausting…’

He said nothing. I continued with my story, ‘I assisted Dr Swati in yet another case yesterday. The mother was feeling labour pain since seven hours and the crowning wasn’t starting. We were instructed to perform an immediate surgery but somehow the mother gave birth to it. It was a beautiful baby girl, doctor Ishan! I wish you were there…a baby is God’s most beautiful creation…’ he got up from his chair, held me from my shoulders and hugged me tight.

‘Whaa..what are you doing, doctor?’ I was startled at this sudden act. I found it inhospitable and forceful. I didn’t ask for a hug, neither a touch. I agree I was married to him, but we both knew that it was only a contract and nothing serious. It wasn’t a real marriage, just a deal! He left me in a shudder.

‘I’m sorry, Avni. It’s just that, I had an emotionally drenching day yesterday. Actually…I was assisting the case of an old woman who had bypass surgery, her son lived in another city and she was too depressed since a week. She passed away yesterday, around midnight. That’s why I was late from hospital too…I’m sorry…’

‘It’s okay, doctor…it’s completely okay, I understand…’ I held his shoulders and hugged him this time. I knew how it feels to lose someone. I had experienced that feeling just a week ago when I saw my father on the table under the knife. I knew how vulnerable one felt and how tough it was to deal with a situation like that. It may only be a patient for other doctors, but the one who treats his patients, sometimes, gets inevitably attached to them, and this might be a tough time for doctor Ishan, I thought, and hugged him tight to assure him of my presence, both emotionally and mentally!

Days passed by, and we both discussed just our lives in general, the hospital cases, the patients we were close to, the people who mattered to us, our families, our past lives, everything! We became best of friends in merely two week, and I understood why doctor Ishan felt so misinterpreted and lost. It was not because somebody expected something else out of him, but because he himself wasn’t happy with what he had.

He was trying to change himself for the sake of society, knowingly that no matter how much he’d change, society will find new flaws and push him harder the next time. We all have our own selves, and that’s what we’ve got! So, instead of wasting time and energy in thinking or trying to change ourselves, or to pretend to be someone we’re not, why shouldn’t we just live our lives the way we wanted to?

I explained the same thing to him, and he showed me his previous photos. A loud laugh was heard from the lobby after that, which continued for a few more minutes!

Soon, the entire month passed by too, and I knew I had to initiate the talk about ‘divorce’. I knew we were both best of friends, and that we had made a great team back at his home, but it couldn’t continue forever. I had my ambitions, my dreams, and I couldn’t break the contract that easily. He also signed the contract for some reason, and he deserved freedom too! He did so much for my sake, for my father’s sake, and now he deserved every second of freedom and happiness. I couldn’t bind him any longer. So, I asked him for a divorce, straight on his face. I know he was hurt as we both were used to each other now. It was one full month that we were living together now, and it would be hard to leave, for both of us, but we had to do it.

We couldn’t behave like a married couple for any longer, because our neighbours were suspecting us to be married for real now! Although we tried to remain out of their sight as much as possible, and we tried to remain inside the confined boundaries of the house, but many times, they noticed us entering and leaving the house, which would have made them sceptical about doctor Ishan living with some girl out of marriage, which was a bad thing for his character. Of course, it was my time to think for him, and repay the favour when he had thought about me earlier and married me to save me from a lifetime torture!