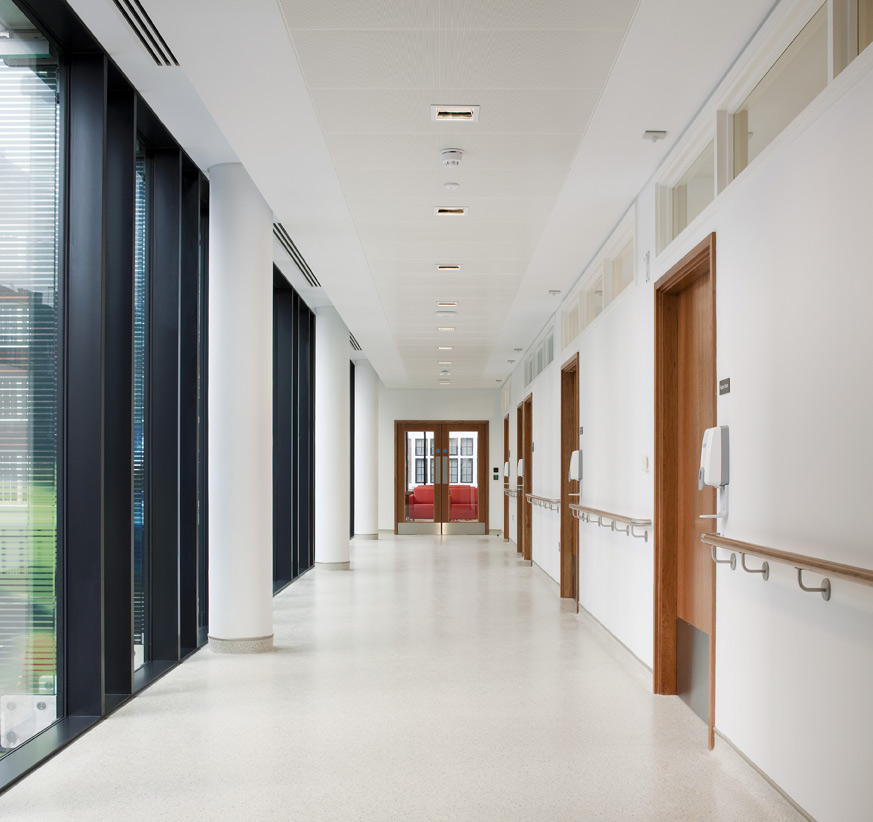 Mother had talked to father, even I don’t know how! I have no idea, how the old man was able to speak with her and not me? He told me a few hours ago that it’s hard for him to speak, and that he feels pressure on his chest while speaking. When I asked the same question to mother, she said, father and she didn’t need words to communicate, just a flick of eye was enough of a signal to understand what he wanted to say.

I was perplexed, as one thing I wasn’t sure of was how could couples communicate with eyes? Does love teach you some new language that allows you to communicate in a voiceless mode? I didn’t have any answer for I hadn’t experienced love. I simply asked mother to what father said, to which she replied that the old man wanted to see me in a bridal outfit as soon as possible, maybe just after he was discharged.

The words seeped into my ears like molten lava. They just burned the ear-drums and I couldn’t hear anything for the next few minutes. My hearing ability wasn’t permanently disabled but the effect prolonged as I tried to think about it anymore.

‘But I have my entire career ahead, maa! I want to be the best gynaecologist of this hospital. Marrying will ruin it all…’ I tried to place a valid point on a platter of emotions, responsibility and duty.

Yes, getting me married was not just a wish, but a duty for my old folks. They wanted to see me settled, and they wanted to cuddle with their grandchildren before they bid a goodbye to this selfish world.

‘No more excuses, Avni. You wanted to become a doctor, we helped you be one. Now, it’s the time to do something for your father. He has raised you up like a son, he never refused you anything, and neither did he ask for anything in return, but now, when he’s had a narrow escape from death, won’t you fulfil his wish? He wants to see you as a bride before he dies, and this is his last-wish, he has told me this…’ mother wiped her tears.

I knew that this emotional drama wasn’t going to spare me this time, and that this time, I was stuck badly, for my mother had caught hold of my weak side – my love for my father!

Daughters are naturally more attached to their fathers than mothers. It’s not that we’re gender biased or something, but it comes from inside, that since birth, we recognize father to be a softer parent, and mother to be a little strict. Boys find it the other way round, though. For a daughter, her father is much more than her own life, and marrying for the sake of her father is one tiny favour to ask from a devoted daughter. I was a devoted daughter too, and mother knew this thing very well. I tried to explain every possible thing to her, but it all ended up as tears, now wrapped in the edge of her saree. Trying was futile, and so was shedding tears in front of her.

‘No more excuses and this is the last time I’m repeating myself. You are getting married, and within next week. That is final. And final means final this time.’ She pinned up her hair-bun tight and walked away.

‘Okay, for father’s sake, I’ll get married to that guy next week!’

Sometimes, I feel like running away clueless, just following my footsteps and my heart, and running away from everything. Each moment right now was suffocating, this hospital corridor, the patients, the noises, the cries, everything. I started running away, literally – running in the corridor!

‘I’m…I’m sorry doctor.’ I gasped and stopped right then.

‘Are you alright? Why were you running? Is your father okay?’ he asked and I smiled, signalling that everything was okay, just the invisible parts of my life were practically all screwed up.

‘I don’t know…’ I said frantically. Just a polite ‘okay’ would have been an easier answer, but don’t know why I said – I don’t know. It raised more questions in his mind, and he asked me to come to his cabin. I was a junior, refusing a senior doctor wasn’t in my list.

‘Believe me Sir, everything is alright and I’m perfectly fine. I was running just to digest the morning breakfast…’ I tried to be humorous, but he looked at me with a weird gaze.

‘Alright…to be frank, and honest, I haven’t shared my private life with anybody here, in this hospital, but it’s quite complicated…believe me you don’t want to know!’ I tried to wind things up and excuse myself out of his cabin, that his words bounded me.

‘I’m living alone in this city since past five years, Dr Avni. Nobody here bothers about anybody’s private life, and who will know better about it than a guy who has spent his entire five years like a high-school loner?’

‘Excuse me?’ I couldn’t digest it that he was talking about himself. He seemed to be the coolest, smartest and a handsome doctor to me, and I also knew that he was a popular topic among girls. Many of whom were even dying to date him. How could a guy like him be a loner?

‘Yes, I’m talking about myself. You must think that I’m a good looking, genius, talented and very smart doctor, and how could I be such a cribber? But I wasn’t the same, Avni. I too have a story and a long one, but I think you’re not interested in it. It’s okay, you can keep your private life to yourself, and I’ll mind my own business too, have a nice day!’ he opened the flap-monitor of his laptop and was immediately engrossed in his work. I thought disturbing him might not be a good idea, so I got up, but something inside me insisted me to stay there and at least know if he had any solution to my problem.

‘Well, doctor…’ I tried to divert his attention, and I continued as he ignored his laptop to look at me, ‘My parents are forcing me to get married, when I don’t want to. I have no way to escape this disaster and I know if I don’t tell them about some guy, they’ll get me married to a general practitioner of civil hospital, a bald guy who is in his thirties and looks like he’s in his fifties! They think that the guy is genius and will understand me simply because he too is a doctor. How can I make them understand that I simply don’t want to get married?’

‘Why don’t you want to get married? Are you…’

‘NO! No, I’m not a lesbian, and I’m definitely not an asexual as you might assume me to be, but I simply don’t want things to move so quickly. I mean, I’ve just entered into this hospital and getting married within the first year sounds so childish and immature, plus I don’t know if I’ll be able to focus on my career because of a new family and their expectations, or not? You are an established doctor, but I have a long way to go. I am working with Dr Swati Mathur right now and she’s the best gynaecologist of the hospital. I want to reach to that level before I get married.’ I jotted out the entire list of expectations that I had in my mind, for a moment, even Dr Ishan was in confusion.

‘I know, you might think of me as a fool, trying to seek an answer from you, from a busy doctor I mean. These silly issues can wait, but your patients can’t! I’m sorry, there’s a huge crowd outside your cabin and I’m wasting your time here…’

‘But, I have a solution, Avni.’ He lowered his rimless spectacles and gazed at me. For the first time I looked into his deep, intense eyes and mother’s words were coming true about communicating through eyes. He actually ‘seemed’ to have an answer, just because his eyes were intense and serious. I paid immediate attention to him, and in return, heard the most bizarre words of my life.