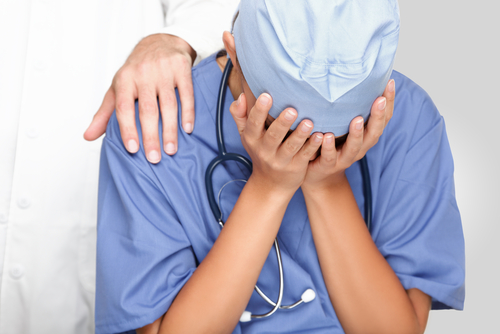 Things have been different since the day I joined Mumbai Medicare. From the small and conservative city of Varanasi to big, and broad minded Mumbai, it has been a different journey altogether. I never thought I’d make it this far away, but my mother was always confident about me. Varanasi was a small city, but the amount of assholes in a city isn’t determined by how far it’s boundaries are stretched. Though it was a conservative city, but the narrow-mentality that the people were blessed with, is the only thing responsible to screw innocent lives. No doubt it is the city I am born in, and I should be respecting it, but whenever I try to remember my childhood, it sends cold shivers down my spine. The way my paternal-uncle used to touch me, even though I kept on screaming that it’s not right, the way my first boyfriend treated me when I was in twelfth standard that pushed me on the verge of suicide. Everything came fresh as I thought about that innocent-looking city of Varanasi. It’s glad I’m in Mumbai, what they call a city of sins, at least people aren’t double faced in big cities, if there are assholes here, they behave like ones too, they don’t pretend to love you!

Today, I stand in the very same hospital but on the other side of the table. My father, who is diagnosed with incredibly high blood pressure, suffered a second heart attack and luckily he was in Mumbai and the ambulance reached him on time. Mother knows nothing about it so far, as she thinks that father is here to meet me and stay with me for some days. She has no clue about the heart attack or anything.

I was ready to leave for home and see my dad after a long, tiring day at work, that I saw an ambulance approaching the main gate. I usually don’t stop but today, something held me. I wanted to see the patient being carried, totally unaware of the face that will hold me down right there for the rest of my life. That moment was the toughest for me, and I still feel as if I’m standing there, on that ambulance’s door, waiting to see the patient, and as two ward boys carry the stretcher and I see my father’s face, my world almost capsized. My senses faded away, my hands were trembling, damn I was shaking like an addict who didn’t get his dose on time. My condition was worsening that Dr Vinay saw me with tears in my eyes, and sensed that it was some close family member who just got down the ambulance. He made a few calls, and right now, I’m standing in the emergency ward, preparing my father for a surgery which would be done by one of the best doctors of this hospital – Dr Ishan Malhotra.

‘Sister, the vitals…’ Dr Ishan spoke and I was brought back into the hospital corridor. A nurse immediately checked the pulse and blood pressure and jotted something down in the thin notepad she carried.

‘We have to perform a bypass surgery, Dr Avni. I think you know that well…’ Dr Ishan held my hand which was still shaking out of terror and fear of losing my father.

‘Yes, yes doctor. I know that, yes…’ I rubbed the sweat off my forehead and folded my hands.

‘Oh yes, the documents, I’ll sign them right away Dr Ishan.’ I almost forgot about the formalities that one needs to carry out, before a surgery has to be done. I forgot that I was on the patient’s side today, and not on the doctors’. I rushed towards the reception, got the forms, filled them in the worst handwriting. When a surgery has to be performed, the guardians of the patient need to sign an undertaking, claiming the responsibility of any mishap occurred during or after the surgery. I was handed over that undertaking form. I never cared to read it out, before today. I would hand them over to the patient’s family, and ask them to sign it, but they would always cry. Today, I knew why they’d cry.

I sat on one of the waiting chairs in the reception, surrounded by relatives and families of other patients. Now I understood what it was like to be here, and how impatient and tensed were the people who waited for hours to know about the well-being of their loved ones. Some doctors, who were highly rude and haughty, ought to feel it. I felt so bad and ugly about myself when I remembered the time when I denied any information about health to the family of a little boy, suffering from Leukaemia, just because a senior doctor asked me to. The mother kept weeping and crying, but I didn’t utter a word. The boy died later in one of the chemo sessions, and not even a tear went past my lashes. And tonight, the condition is opposite. I’m sitting in the same lobby from where dead bodies were carried away and where people lost all hope, a lobby which is also responsible for bringing happiness into people’s lives, preferably when a baby is born, but tonight, I was looking only at the darker side. I wore crisp white lab coat with a stethoscope hanging around my neck, and watery eyes, making it difficult for me to read the undertaking form.

I couldn’t read any further. The tears packed my eyes and my vision was blurred. I held the form tightly and cried out loud. Earlier I would notice weeping people subconsciously, and now, it was my turn to be noticed. I wiped my eyes dry and signed the form in a hurry. I didn’t want any delay in my father’s surgery, and without my consent, they wouldn’t start with it.

I rushed with the form clutched tightly in my hands towards the operation theatre, where the initial procedure was almost done. All the machinery had been set up and Dr Ishan was about to give anaesthesia.

‘Here’s the form…’ I handed the form over to Dr Shivani who was standing outside the operation theatre. I was heavily panting and crying.

‘It’s okay, doctor. We’ll take care of your father now.’ Dr Shivani patted my shoulder and assured me that everything would be fine. Dr Ishan was one of the best surgeons of Mumbai Medicare. Chances of failure were not small, but negligible. I had to remain calm and composed, and something crossed my mind that I rushed towards reception – to make a phone call to mother!

I told everything to mother within a minute, without taking any breath. Mother couldn’t stop crying and talked about flying to Mumbai tonight. I made her understand that the situation was in control and that everything is being taken care of, but she wouldn’t stop. It was her husband after all, how could she not worry? I then asked her to come, disconnected the call, and rushed to the Scrub room, where I dressed up to enter the operation theatre.

‘What’s the status so far?’ I asked Dr Shivani, who herself was a junior intern, and was learning like me. She stood right next to the team of senior doctors, who had surrounded my father now, while Shivani held a tray of medical instruments in her hands. As I stepped a little forward, I could see my father’s chest cut open, lots of blood and his motionless face that made me nauseous. I felt like vomiting and ran outside reflexively.

I had assisted in around hundred surgeries and deliveries so far since I was a college student, but nothing scared me as this one. I had been a calm and composed learner, and not the nervous one. But seeing my own father in such condition made me pale. I had no experience in handling the emotional crisis and yes, this was one of them! I just wished for my mother to be here, so I could hug somebody and cry out loud.

As I was standing in the corridor alone, some familiar faces stood in front of me. At first, I couldn’t understand if actually I’ve seen these people somewhere, or just my mind went crazy enough to make up its own stories? Before the mystery could become more complex, they introduced themselves as the people from down the street, who called an ambulance for my father.

‘He was taking a cab for the hospital as he had a sharp pain in his chest and he was sweating really badly since a few minutes, as he told me. But I called the ambulance instead, that reached within two minutes. I told the driver and ward-boy that he’s the father of a doctor working in their hospital, so they said they don’t require anybody to travel in the ambulance since it was fully equipped with all the medical instruments and machines, so I chose to stay, and my wife had to make food for our children, we’ve brought some food for you too, and my younger son, he is still in his twelfth, preparing for the medical entrance exams…’ I closed my ears as the man in his late fifties, started narrating his own personal excuses about not accompanying my father on his trip to the hospital.

Nevertheless, I couldn’t thank him any less for calling an ambulance for him. I hugged the old lady who accompanied that man, and she consoled me for a few moments. Knowing that father was still in the Operation Theatre, the couple left in disappointment. Neither did I ask them to stay, as it was already a challenging time for me. My hopes were pinned only on one man now – Dr Ishan.