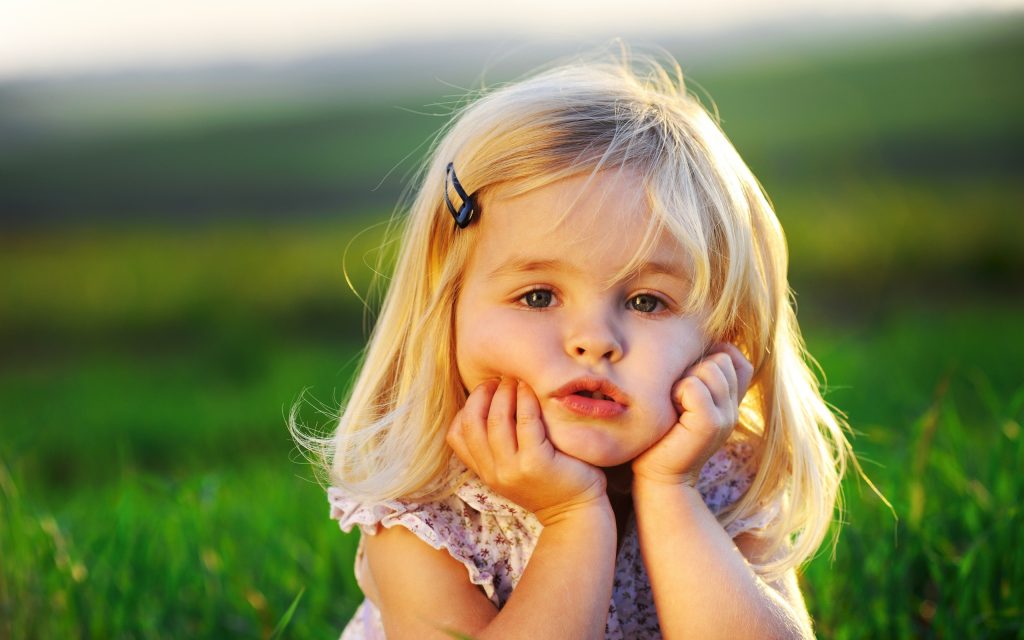 ‘Where are my shoes? I can’t find them!’ a man was shouting at the top of his voice, from inside the bathroom.

‘I didn’t know you keep your shoes in the bathroom!’ a woman in middle-age replied furiously from kitchen.

The man came out, still searching for the pair of shoes that someone poked him in his legs from behind.

‘Here are they, daddy…’ said a little girl of six years old. She wore beautiful pink frock with matching flowers in her head, her tiny feet were wrapped in pink velvet shoes and she was struggling with the pair of shoes which were too heavy from standards of a six years old!

‘Aw! Thank you my sweetheart, your mother is just useless you know?’

‘I know, honey!’ the little girl kissed the man on his cheek and he took out a chocolate from his pocket.

‘No more sweets, her teeth are already rotting! You want her to go toothless before she’s a teenager?’ the woman interrupted the father-daughter love that was going on.

‘See, I told you she’s useless!’ the man whispered and handed the chocolate over to the girl silently.

‘Give it to me, right now!’ the woman almost barked.

‘No mommy please…’ the woman snatched the chocolate-bar from the little-girl’s hand, and the girl started crying.

‘Oh, don’t cry, come here….’ The man picked her up, ‘See what you did? You hurt our little princess, shame on a mother like you!’

‘And you? What are you doing? Increasing her facilities and making her a brat? She will develop cavities tomorrow, and day after, her teeth will fall down, then her gums will develop problems and she can also have ulcers in her mouth, do you see the intensity of the situation here, Ishan?’

‘Oh god! Nothing will happen, Avni. I am a father and a doctor myself, I know how to raise kids.’

‘No, you don’t…’ Avni tossed the chocolate in the dustbin.

‘See, I told you she gives me nightmares!’ the little girl whispered in Ishan’s ears.

‘She creeps me more than anything in this world, you know?’ Ishan whispered back and they both laughed silently.

‘What now? What’s going on? Is there anything to laugh?’ Avni was acting like a strict mother. She loved her daughter more than anything, and that’s why she behaved highly protective of her.

Ishan left for hospital in a few more minutes and the little girl was left alone with Avni, who dressed her up and they both went for some grocery shopping. Today was Sunday and Avni had only five working days a week, while Ishan had a sudden surgery today because of which he had to leave. The girl loved shopping for she would see a lot of new chocolates, teddy-bears, Barbie-dolls and so many other things she was obsessed with. She pointed at a doll and Avni asked her not to touch anything.

‘No, darling. You already have five dolls.’ This made the girl sad, and after buying some important things, they returned home.

‘How was the day?’ Ishan asked Avni late in night, when they were preparing to sleep.

‘Nothing much, we just went for a shopping, Ishika cried for she wanted a new Barbie doll, she kept ranting for it, but I didn’t buy it.’ Avni was again engrossed in a book she was reading since a few days now.

‘Why? Why are you behaving like this when she’s growing up?’ Ishan seemed disturbed.

‘Ishan, listen to me first. She’s growing up and that’s why I’m behaving like that. She needs to understand the value of money. We earn more than sufficient and she thinks that she can get everything, which is not a right mentality! I remember my childhood, I remember how my parents raised me up like a princess too, but with a little salary they were getting. That didn’t make me insufficient. I had everything, and I knew the value of everything too, that’s why today I am taking care of this home in the best possible manner. You earn over a billion rupees per year, you know? And do you know the maid who worked for you before we were married, stole your money? No, you don’t, because you never keep track of your bank accounts, or the money you bring home, and that’s why our daughter is turning out like you! You are from a rich background Ishan, and I’m not. That’s why I want my baby to experience both lives. To have everything, but also to crave for some things! If we will provide her everything, she will never know the sadness of not being able to get a thing she dearly wanted. I want her to be strong and not weak. Remember the time, when I came to you with my problem and you immediately said – marry me? Because even the thought of losing me was killing you inside, you were weak and dependable, something I don’t want my daughter to be. Tomorrow she will date guys, she will go out with her friends, but I don’t want her to feel superior to anybody. She also should have same resources as a common man.’

For a second, Ishan was speechless. He never thought about life this way, maybe because he never saw the other phase of life! Since his childhood, he was provided with everything, he didn’t know what a ‘craving’ was. He always got what he wanted, and he was lucky even in Avni’s case that without any real struggle or hurt, he got her. Maybe that’s why his daughter was also turning out to be like him. He thanked Avni for reminding him that no matter how high you fly, you should never leave the ground and forget your roots. It’s where you actually belong.

‘No matter how rich someone is, in the end, either he’ll fly off in air if he’s cremated, or he’ll dissolve in soil if he’s buried. Doesn’t matter how we live, we all will end up in the same way, back to nature, then why forget ‘who’ we actually are?’

As Avni got up to turn off the lights of her room, Ishika came running and hugged her.

‘Mom, I’m scared in my room, Mr Muffins scares me at night…’ Ishika was referring to the four feet tall teddy bear that Ishan had gifted to their daughter on her fifth birthday.

‘Oh, c’mon, come sleep with us.’ Avni picked her up and took her to the bed. She laid her down between Ishan and herself, and the little girl readily fell asleep as she hugged her father.

‘Strange, how today you’re world to her, and tomorrow, she will forget you!’ Avni wiped off a tear from the corner of her eye.

‘Forget me? Why?’ Ishan sounded scared.

‘Yes, I’m not kidding. Look at me! I am a daughter too, but when I became a wife, I almost forgot that I am a daughter too, and now when I’ve become a mother, I have totally forgotten about my father, who is dead since ten years now. I’m not saying that it makes me a worthless daughter, it doesn’t. I’m just saying that it happens with everyone. We are not remembered forever, we will simply be replaced by our children. Nobody remembers how much money you earned, or for how many hours you worked, if there’s something that one remembers about a dead person, is how much love he took from him, how much care he was showered with, how much quality time they spent together, and how many memories they have. What you are doing today, will lead you where my father is, tomorrow, Ishan. I hardly remember any quality time spent with him, and neither do I remember his salary figure, that’s why I don’t think about him that much now. Same thing will happen to you tomorrow, if you focus only on hospital today, and don’t spend any time with Ishika.’

Her words pierced through Ishan’s heart like a sharp sword. He wasn’t ready to accept the reality that one day, everyone will die, and what will remain is the amount of time they spent with their loved ones. Their kids will forget them too with time, when they will grow up and will be busy in their own families. If something will stay with them, it is the teachings of their parents that they can pass on to their children, the memories they shared in their childhood, that they can entertain their kids with, and things which can’t be measured in quantities, like love, care and sacrifice. Such are the things which truly determine greatness of a person.

Ishan thought, despite being a doctor, he was an amateur in many senses. He lacked the most basic education, and that was education of life, something which his wife, who was five years younger, was capable of teaching him today, and that too, after she lost her father. He understood the meaning of life to great extent and promised Avni to spend more time with Ishika and less in hospital. To teach Ishika value of everything and make her a responsible kid, and not a proud brat. Avni kissed Ishan on his cheek, for he agreed to obey her, and Ishan kissed her back as a matter of conveying his ‘thanks’ to a great teacher in his life.

It’s true that education is important, but what is more important is ‘what’ you do with that education. Being doctors is almost next to being Gods, but Gods don’t teach us to be proud or haughty. They teach us to be humble and helpful. Avni and Ishan’s twisted love story was nothing, but a small glance into what our life ‘should’ actually include and what should we do to make it worth living.

Everyone has to die in the end, but great is the one who is remembered ‘after’ his death…