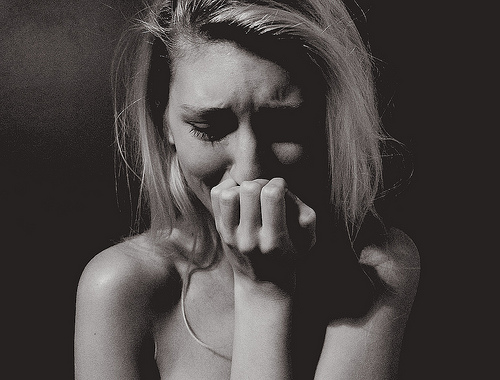 Sometimes, you think you’re strong enough to handle any situation, and that you are witty enough to live your life the way you want to. What if the situations and circumstances push you into such a weird dilemma that it’s death on both sides? What will be your choice? Will you even make a choice, or prefer to run away?

I made a choice, instead of running away, and my choice cost my father’s life. Today, I sit here in the corridor of same hospital where I joined as a fresher almost a year ago. But today, I’m not a doctor, I’m a fatherless girl who couldn’t even apologize to her father for killing him! Behaving more like an unapologetic bitch, I sit here shamelessly while my father’s corpse is lying next to me, and my mother is cursing me for killing her husband.

Yes, I killed my father. I killed my own father with my own decisions, and I feel like killing myself now. I sometimes stop my breath to restrict the oxygen in my body, but end up coughing and panting. Breathing is an involuntary action, we all read in school textbooks, but today, I’m experiencing its true power. How much ever you want to die, your body won’t let you! Living is so much easier than dying, I experienced it today, and it’s much easy to keep breathing than to slice your nerves or suffocate yourself to death.

I rushed to the bathroom for every corner of the hospital was suffocating. I got hold of acid-bottle, which was meant for toilet cleaning. As I took it into my hands, I realized I had more filth inside me than a toilet. A toilet could be cleaned by an acid bottle, or a toilet cleaner, but there was no such product that could cleanse a criminal from inside. I felt so ashamed of myself that I couldn’t even look into the eyes of my reflection in the mirror on the wall.

I felt so damn ashamed, and so filthy that I thought I was spoiling everyone’s life who was with me currently, let it be my mother, or doctor Ishan.

Doctor Ishan…I had almost forgot that I shared a relationship with him on papers. I still am his legal wife. What he must be thinking about me? How stupid and foolish I was who thought only about herself, how selfish and self-obsessed girl I was! God knows what went wrong, that I thought about success more than my own family.

Now I wished for just a moment with my father, where I could tell him that I really loved him, that I wasn’t selfish and that I was genuinely sorry for whatever happened. But it was only a wish that couldn’t be granted like a million others. I was sorry, I was repenting, I was angry, I was hurt and above all, I was guilty.

Talking about my own dreams and aspirations would have been much easy. Making my parents understand my situation would have been much easy but what I did was taking yet an easier way out, thinking that it would serve as my ticket to success. Lesser did I know that it would cost me such a huge amount, an amount that would leave an unamendable void inside me. I felt hollow, I felt cheap and I felt dirty inside. I came back to where my father’s corpse laid in the corridor.

‘Avni…speak something…please!’ doctor Ishan was trying to get a reaction out of me, but he didn’t know what I was going through inside. My mother hated me, I could see it in her eyes. My father was dead, all because of my stupid games. I knew how much my wedding meant to them, and I couldn’t wait for a little more time, for father to become normal enough to bear this shock, but no, I was a bitch. A greedy and egocentric bitch who thought only about her professional front and put her family behind, so far behind that now going back to them is impossible. I know my mother will never forgive me for what I’ve done, there was no way out now. No medical science, or treatment, or money could bring father back and the damage was unrepairable. Mother was cursing me inside and must be thinking to break all contacts with me, but it was a tiny punishment to be given for such a huge crime.

‘Avni…speak up!’ doctor Ishan grabbed my shoulders and shook me hard but to futility. I couldn’t respond as words were choked inside my vocal cord. I wanted to speak, and most of all, I wanted to hug my mother and apologize, but my body seemed to have paralyzed on the floor. I couldn’t move, not even my hand, I couldn’t speak, it felt as if paralysis got hold of me, and I was waiting for someone to help me move.

‘Avni, are you listening?’ doctor Ishan once again tried to bring me back to consciousness. This time, I felt some power rushing through my veins and my arms moved a bit. I wrapped my arms across his neck, and hugged him tight, but I didn’t cry. I simply couldn’t.

‘Avni…what’s wrong with you?’ doctor Ishan hugged me back and asked me in a hushed tone. I couldn’t speak anything as I felt my insides jamming up.

‘It’s my fault…’ I spoke up my first sentence in past two hours, and broke down. It was first time that tears left my eye-lashes to wet my cheeks, and I cried harder than ever.

‘No…no it’s not…it’s my fault, I’m sorry Avni…I shouldn’t have come up with the idea of contract wedding in the first place…’ doctor Ishan was whispering in my ears, so my mother couldn’t hear anything.

‘It’s my fault…’ I couldn’t say anything else, but repeat the same sentence again and again till doctor Ishan patted my head and I surrendered myself in his arms in exasperation. I felt as if all my dreams suddenly had no meaning at all.

It’s true, when you lose the one to whom you wanted to prove yourself, suddenly the entire journey seems to be meaningless. You start cursing yourself for choosing this path, like I am cursing myself now for taking up medical in the first place. Had I taken up arts or commerce, I would have been happily married till now, and my father would be alive, but no, it had to happen.

‘Destiny is unstoppable, and one or the other way, it will get to its climax anyhow. If it was destined that he will have such a short life span, reason could be any but he wouldn’t live a day more than what was destined anyways. Even though I belong to a field which discards anything that has no proof or valid resource of generation, but there is some super-power that guides us all. There still are many unexplained things and phenomenon where even science fails. Medicine no doubt, has helped us a lot to cure so many diseases, but death still remains an incurable one!’ Doctor Ishan said and somehow I believed in the thing called – destiny and pre-written future.

Whatever the reason maybe, my father was gone now and he couldn’t return. The worst part being – I had to move on without him, without my parents now as my mother had already signalled me to never talk to her again in life. She blames me completely for father’s death, and I feel ashamed to explain my stupidity to her now.

Talking about divorce, the court was dismissed due to absence of both the parties and we were fined for wasting court’s time and the case was thrown six months ahead. That clearly meant I was doctor Ishan’s legal wife for six more months. It didn’t matter somehow, as I stopped thinking about everything. Whatever was going on, was okay for me…