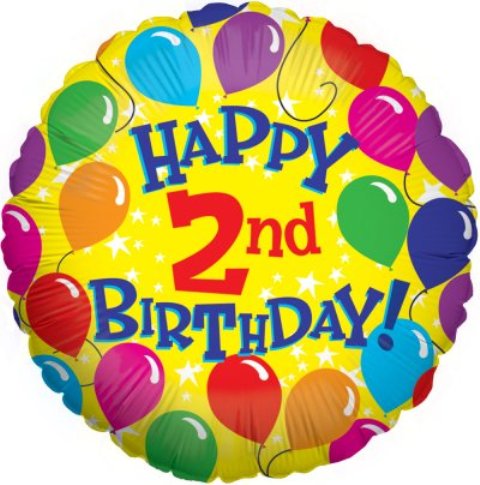 ‘Shrey, don’t be late today. I’ll be waiting for you, Shrey! Shrey? Are you listening?’ Akanksha’s voice fell on dumb ears as Shrey paced out of the house quickly enough to reach his office.

Akanksha had started the preparations for the second birthday of Akshan and Nirvaan. The kids were now active and healthy, and they ran around the house, fighting with each other. Akshan was still a scratch and bite machine while Nirvaan was the innocent baby. Akanksha had ordered a big two tier cake depicting a multi-floor car parking, with all the cars parked in the cake of the boys’ choice! She knew they had Ferrari and Mercedes in their toy collection, and she had provided precise details to the baker.

The cake would be delivered by 10 in the night, as their birthday would start at midnight. Akanksha couldn’t wait to see the expression on the faces of the boys seeing the stupendous cake of their liking. She was already imagining hugging and kissing them, and singing a birthday song for them.

At evening, 08pm, she called up Shrey and his phone was busy. She thought he might be taking an important call, so she decided not to disturb him for another hour. Anyways he wasn’t needed immediately. The time flew by and the clock struck 11pm. Shrey was still missing and his phone was switched off. Nothing could annoy Akanksha more than this!

She had reminded him about Akshan and Nirvaan’s birthday a week ago, and she couldn’t believe that despite being a father, Shrey had forgotten birthday of his boys! She still was expecting him anytime now, because she knew Shrey’s habit of coming up with last minute surprises and this time, it could be one of those lucky days! Maybe he had gone shopping for kids, or maybe he was bringing some nice present for them, or maybe something which was totally unexpected was about to happen.

The clock struck 12 and still there were no signs of Shrey. Akanksha was infuriated with anger, but she couldn’t delay cutting the cake anymore as the boys were restless to see what was there in the huge box which was kept in the fridge. She, along with Shrey’s parents and both the boys, cut the cake and the boys couldn’t be happier! They were as expected, amazed and awed to see the huge parking lot which they could eat, and the cars which they could eat too! Nothing like this had been presented to them before today, and they forgot about their forgetful daddy, and enjoyed the cake.

Akanksha tried Shrey’s number, which was still switched off and it was 01 am. She decided she would just go to sleep, as she knew Shrey’s habit of turning in drunk late at night. She knew that again he might be boozing off with his useless friends in some shit-hole of a pub, and she had no intentions of fighting with him on her kids’ birthday!

At 02 am, Shrey finally kicked in, and opened the door of his bedroom. Akanksha was lying on the bed, covered in the sheet till her waist, and her fair and flawless back was shining through her backless spaghetti. Shrey jumped on top of her and hugged her from behind.

‘Now I know why you were telling me to come early in the evening. I’m sorry I was stuck at some place with my old friends. I met them after a year you know!’

Akanksha didn’t utter a word, but was fuming in anger now. Shrey had literally turned in drunk and partially conscious, and he still was in a mood to have sex, instead of remembering his kids’ birthday.

‘Which friends, are you talking about Mr Husband?’ Akanksha turned around and faced him. His eyes were closing and he was about to doze off, but Akanksha jerked his shoulders hard, ‘Which friends?’

‘Ah, Karan, Rajveer, Abhinav, Sam…and everyone else you know!’

‘Really? You met them last Saturday too, and you say you are meeting them after a year? REALLY?’ Akanksha was almost shouting.

‘A Saturday comes after a year, wife! Now you come here, and kiss me…’ Shrey held her face and brought it near to his.

‘Get away!’ Akanksha pushed him hard, ‘You are one shit-pile of a father, you know that? Akshan and Nirvan have turned two today, and you forgot their birthday! Why the hell was your phone switched off? They were waiting for you and they slept murmuring your name!’

‘Really? They were so not missing me, alright? I know it was their birthday and before coming here I went to their room to wish them because I saw a giant cake splattered on the dining table in the lobby, and you won’t believe what they said to me…’

‘They said they want more eatable cars and a bigger parking lot, they said nothing about missing me and they asked me to go away as I stink of alcohol, and send their mom to cuddle with them, what asshole kids are they!’

‘SHREY! They’re your kids, if they’re assholes, you are no less for missing their birthday celebration in the first place. I can’t believe you trust two years old on their words. They will speak what they will feel, and you are responsible for making them feel miserable at this special day…’

‘A’right, I have a better idea. Come to me, let’s make better kids tonight and we can throw the previous ones away and get ourselves a set of fresh, new and totally obeying children, come to me…’

‘What the fuck is wrong with you? What have you drank? Are you insane? Is this the way to talk about your kids? I can’t believe you actually said that, Shrey. Get out!’

‘I said get out! Don’t sleep on this bed tonight.’

‘You are joking, right?’

‘This is the last time I’m telling you to get out of my room and sleep elsewhere!’

‘Your room? Excuse me, this was my room…’ Akanksha looked at Shrey with such a horrible expression that he immediately grabbed his pillow and a sheet, and walked out silently.

Perks of being a forgetful father : If you forget an important occasion, be prepared to sleep in the cold balcony outside, while your wife rests in your warm bed!