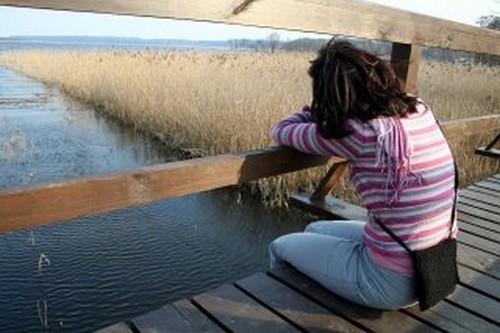 It wasn’t so long that Kavish was lost in his day-dreams that a phone call interrupted him. He got up from his couch to take the call, and said a ‘Hello’, lazily. It was Anushka, speaking some non-sense as usual. He was lost for a moment, and disconnected the phone. This was the girl whom he loved and was going to propose, and she still had no idea. He thought to give her a subtle hint, so that she wouldn’t react in a bizarre way when he’ll propose to her. He made a little plan and dragged Rashmi into it. Rashmi was Anushka’s best friend from school.

He called up Anushka, as he had disconnected her call earlier.

‘Hey, Anushka. You called? Sorry, I was busy!’ Kavish stressed the word ‘busy’ so that Anushka may notice. But she was lost in her own thoughts.

‘Hey, Kavish, you know what, there’s a disease called ‘ELEPHANTIASIS’ in which the patient’s legs swell like that of an elephant!’

‘Hey, hold on! You called me especially to talk about some elephants?’

‘NO! You idiot, there’s this disease…’

‘AWARENESS, DUMBO! There’s this documentary going on Discovery Channel, I thought to inform you…’

‘What if you wake up from sleep and find your legs swelled up like those of an elephant, and you have no idea, why, then?’

‘And…what if I already know about the disease, and I still find my legs swelled up like those of an elephant, hey…wait! Are you trying to drag me into your non-sensible conversations? Look, I have a lot of work to do…I’m very busy…’

‘Umm…preparing for Valentine’s Week…BYE!’ Kavish disconnected immediately, and his sudden departure from the call left Anushka in thoughts.

‘Who might she be? Is Kavish in love with someone? But he can’t be. He’s my friend, my childhood friend, at least he has to tell me first!’ Anushka was thinking all this, when suddenly her friend Rashmi called.

‘Hey Rashmi, Kavish is up to something, please find out!’

‘Uh…hello? Anushka? Take a BREATH at least! What happened? And what’s wrong with you?’

‘Nothing, Kavish isn’t interested in Elephantiasis and he said he’s busy preparing for Valentine’s week…’

‘Ugh! Forget it, the main thing is, he’s planning something for someone’

‘So what? What’s the problem?’

‘God! You and your EGO! Listen, I called up to say that there’s a Valentine’s party, Arun is organizing, and Namit asked me out, so I’m going with him’

‘Umm…not exactly dating, but yea, he said if it works out, we’ll think of a relationship in future. So, maybe yes?’

‘………………….’ Anushka’s mind was blank and numb. Everyone around her seemed to be in love. Everyone had someone with them to rejoice the Valentine’s Week. It was first time in her entire life of seventeen years that she felt so desperately single!

Soon Anushka got a call and a formal invitation from Arun, for the Valentine’s Party. But she had no idea whom to take with her. Arun asked her to just come alone, and find a partner there. She agreed, but it was the first time that she was least excited for a party!

‘What will you wear for the party?’ asked Rashmi. She called up Anushka late at night to confirm that she was coming to the party.

‘Hey! Don’t say that! You have to come, and you never know when you’ll get lucky? Hey listen, Namit is calling, I’ll talk to you later, please?’

‘Yea sure’ Anushka disconnected the phone.

‘GREAT!’ she said to herself. Now both her buddies had dates for Valentine’s and she was left out, all alone.

Rashmi called up Kavish to confirm that Anushka was finally coming. His plan was working out. Now all he had to do was, WAIT for the VALENTINE’S DAY!