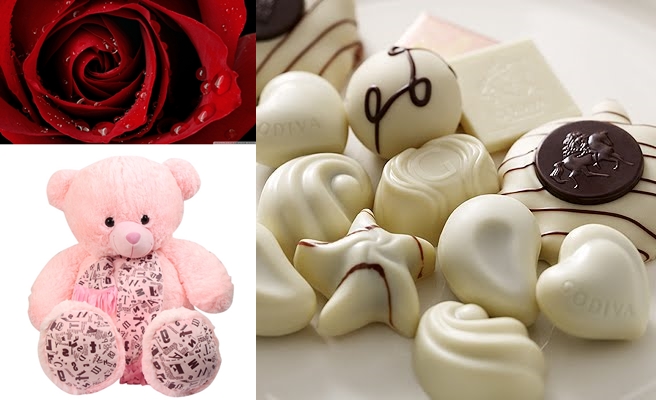 ‘Hey dude, it’s the valentine’s week coming next month, planned to surprise Anushka, or still nervous?’ Arun teased Kavish. Every year on valentine’s week, Kavish would gather all his strength and masculine powers to confess it to Anushka, but would fail every time! He was now becoming a matter of joke in all his friends, and he decided to confess it to Anushka this time, anyhow!

‘No dude, I’m serious this time…’ Kavish said, and was immediately interrupted by Arun, ‘I’ll confess it to Anushka this time for sure, and I’ll never let her go, she is my life!’ Arun mocked in Kavish’s voice…everyone laughed.

Kavish got up and left the class, he knew sitting with such dumbs, who themselves have never even dated a girl, is useless when he was in love with one. He knew this time, he wouldn’t be spared, and he had to do it, anyhow. He started thinking about some plans to surprise her and make it the best ever Valentine for her.

Kavish read out the whole week days from Google, out loud; and left a deep cold sigh!

‘Holy SHIT! That’s a lot of days…and I thought there’s just a valentine’s day, no wonder people call it a Valentine’s Week…that means so much things to buy, so much to spend! The world is getting dumber and sicker! Can’t they just have one day and get over with it? Ugh!’

He mentally prepared some quick notes, he had to buy a rose, chocolates, a teddy, and Anushka loved teddies. He had once visited her room (that no one is allowed to enter!) and saw different coloured, different sized teddies and bunnies. The smell of sandalwood and roses, filled up her pink room, and he was becoming nauseous. He was near to puking, and so he left the room, and the memory also vanished with all the girlish aroma that struck him hard at that particular moment!

But where to get all this from? He had never shopped for a girl before. And the girl that Anushka forced him to date, also had to leave empty handed, Kavish was a dumb guy when it came to shopping for girls.

‘Let’s see…what’s in there…’ He entered a mall alone, ‘I should have called up someone, this shit is getting worse!’ his head was aching as he saw millions of shops around him with girlish stuff filled in them. He finally managed to enter a big store named: ‘Girls Haven’

Kavish ran out immediately and took a deep breath! He felt as if he was trapped by some unimaginative force that wasn’t allowing him to leave. But all the material of his requirement was lying in that store. He decided to enter once again at his own risk, so he finally mustered up his strength and placed a foot inside. All the girlish aroma seemed to have captured his soul and he felt as he was being dragged inside.

Not so soon had passed, that a sales girl approached him. She was a young, pretty girl, with a really gorgeous pair of eyes that held him for a second.

‘Excuse me, Sir? Are you looking for something in particular? May I help you?’ she asked in the sweetest voice possible.

‘Umm…yes, actually, I need to gift something, to my girlfriend, but I don’t know what…and also, I need these things’ Kavish passed on a dirty piece of paper that had the valentine’s week schedule and gifts written in a gibberish way.

As the sales girl was trying to figure out the handwriting on the paper, he immediately snatched it back, and said, ‘Umm…I need a teddy, some chocolates, and a rose that would remain fresh till The Valentine’s day’

‘We are sorry sir, we don’t have roses, we don’t sell flowers, but I can definitely help you get some teddies and chocolates’ The sales girl gave her best smile and moved on to the toys section.

Kavish was desperately trying to hide his face somehow, if anyone would have noticed him shopping the Girls Haven, and that too at the ‘Toy Corner’, his image would be spoilt in a second.

He bought a pink teddy bear and some custom made white chocolates on which he made the sales girl carve his girlfriend’s name. ANUSHKA written with dark chocolate, all over a heart shaped white chocolate bar was looking adorable. He fell in love with her more.

His shopping spree came to an end, and he hid all the gifts in his cupboard at home. Now all he had to do was, hatch a plan to surprise Anushka!