Prostitution is one of the most widespread businesses in the world. While some women take it up due to their circumstances, many of them are forced into it, against their will. Gudiya is a fictional story of one such Indian girl, who is forcefully dragged into the gutters of this poisonous business, and she is trapped in Thailand. Meanwhile, a reporter from India, Jay Parekh, who recently broke up with his love interest – Mahi, visits Thailand to cover a documentary, finds Gudiya and vows to help her. Mahi is also in Thailand on some business purpose. What will happen when the paths of three of them will cross? 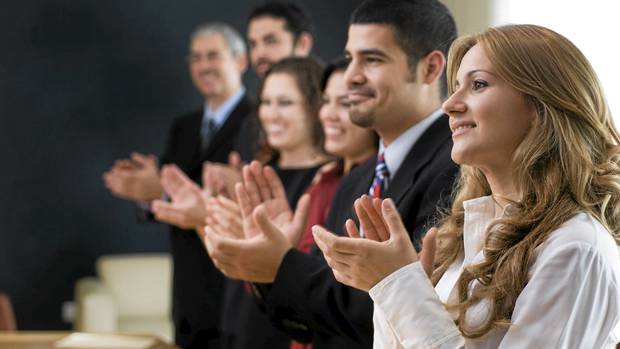 Channel ‘R-News’ started off as a small time, local news channel, providing aid to local people and assistance to journalists, to polish their talents. Jay Parekh joined Channel ‘R-News’ when it was on a steep downfall, precisely 6 years ago. It was entirely Jay’s hard work, that paid off and the channel was now among the top news channels and advertising agencies of the country. It was no more confined to just local boundaries of Mumbai. Channel ‘R-News’ was now a company, and Dixit Kumar, the CEO and the owner of ‘R-News’, had broader plans to extend the name from India, to worldwide.

Jay was now a news reader, instead of mere journalist covering up petty thefts here and there. He was a renowned journalist, rather a personality in the country. His words were regarded as firm statements that could make or break any news. His brownish skin tone, straight, flowing hair, deep black eyes and a French cut beard had made the ladies go gaga over him. But he was waiting only for one, Mahi Sharma.

Mahi and Jay’s love story was since college days, the days when they were studying journalism together, 6 years ago. Call it destiny, or choice, that Jay chose Channel ‘R-News’, over a fashion magazine that Mahi was now the editor of. Mahi forced him so much to work with her, but Jay always wanted to step into the real world, instead of covering some Bollywood stars and generating good-for-nothing publicity, he thought.

Jay and Mahi, both were in their late twenties now, and both were still single. Mahi could not date any other guy, for no guy could match-up Jay’s level, she thought. And Jay couldn’t date any girl, for no one was as beautiful as Mahi. According to Jay, it was either Mahi, or no one, and he was living with his word, till today.

‘Outstanding, just outstanding; I have no more words of appreciation today, Jay!’ said Dixit Khanna, the CEO and major partner of R-News.

Every one clapped around, and praised Jay for uncovering the truth of a corrupt politician in such a contemptuous, yet smart way.

‘Thanks Dixit. It’s a part of my job.’ Jay collected his files with a smile. He was never fond of appreciation, or praise.

‘Ya, sure.’ Jay looked at him with amazement.

‘You are going to Thailand next week. There’s a documentary that we are planning to air.’

‘Alright, I guess I can pull it off. What’s the subject? Poverty?’

‘No, it’s something that no-one has uncovered till now.’

‘It’s about prostitution prevailing in Thailand.’

For a moment, Jay was silent. He was doubtful on whether he would be able to do it or not.

‘Fuck danger! I’m not worried about that.’

‘Then what?’ Dixit was confused, seeing Jay in sweat.

‘Its…leave it. Better not talk about it.’

‘Oh yes! Why not? Leave it, leave everything, just like you left Mahi.’ His words pierced Jay’s chest like a sharp sword.

‘What the fuck did you say?’ Jay held him from his collars and pushed him aside. His whole life flashed before him.

‘Leave it, Jay. You won’t understand; neither me, nor this company, and neither Mahi. She still loves you, don’t you get it?’

‘Which is now destroying so many other lives, right? You signed up for us, damn it. You can’t just walk away?’

‘I signed up for news-reading and reporting, not any damn documentary!’

‘This documentary is a part of reporting, there are so many Indian girls trapped up in Thailand and other countries, as sex workers…’

‘So?’ Jay adjusted his spectacles that had now slid down his nose.

‘What did you say? Is this your attitude? Is this the way you treat Indian women? They’re in trouble. And we need to highlight their story!’

‘What difference will it make? We will show it up as a documentary, then what? Will it guarantee their freedom? Will it guarantee a help to them? Showing them as a victim is the worst thing, and that’s the only reason I left Mahi, because I don’t wish to be a part of some fucking magazine that cannot solve any problem of the society, but simply highlight useless issues that do no good.’

‘Listen, we are news reporters, our job is to bring hidden crimes and stories into limelight, and not to help anyone! This is your last call, Jay. If you don’t wish to continue this documentary, then there is no need to continue here.’ Dixit folded his arms in despair.

‘What? You’re throwing me out of job? Kicking my ass won’t gain you any fortune, Dixit. You also know that.’

‘Then why the hell don’t you sign it up, and do some good. Not to the society, but to this company, to me, and above all, to yourself! Life gives us one chance, and sometimes, it turns out to be the biggest adventure of your life. Who knows this experience may change you forever?’

‘Fine…’ Jay reluctantly agreed, and signed up the papers without even reading them.

‘Excellent! Sudhir, finalize the tickets and all the arrangements for Jay and the crew to go to Thailand. Bon-voyage, my friend!’ Dixit hugged Jay and wished him good luck.