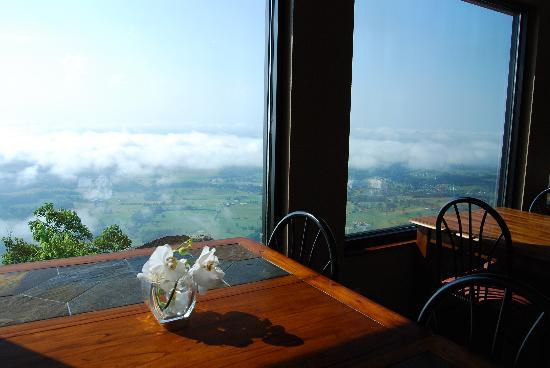 ‘Hey everyone, we are back!’ Aarush and Radhika entered happily in his parents’ room where everyone else had also gathered for the dinner related discussion. Food is a serious-thing to be discussed in every Punjabi family!

‘I will be right back.’ Radhika excused herself to go to her room, as she was exhausted and numb in the feet due to excessive walking.

‘Sure.’ Aarush kissed her forehead, and his relatives eyed him weirdly.

‘What? She’s my wife now, for heaven’s sake!’ he grabbed a chair and sat in it.

‘How did you come back so early? Weren’t you going to take another five hours?’ his father questioned.

‘Yeah, but Radhika wasn’t feeling like walking so much again. 14 kilometres in one sided journey is enough for the day I think!’

‘Of course, I couldn’t even make it to five in this age with paining knees and broken back.’ Chinkee Bua reminded him of her old-age once again!

‘What about dinner now? I think we should go to some exotic Punjabi dhaba for the dinner, even Aarush and Radhika are back now, what say?’ Aarush’s father was least interested in ordering food in the individual rooms, and eating separately. He wanted them all to eat together, and going out was the best option.

‘Sure, I don’t have a problem!’ the ever-ready Chinkee bua was up for it, before others could even make their minds. Her old-age wasn’t a problem now!

‘Let me ask Radhika…’ Aarush got up to go to his room, where Radhika was resting, but his mother taunted.

‘Can’t you do one thing without asking her, son?’

‘Mother, she’s my wife now. She’s tired, and she has come to this trip only because of you all! Otherwise I would have taken her to our honeymoon by now, everything is getting delayed, and you still want me to be the authoritarian husband.’

‘I am not saying that! I don’t know why you are misunderstanding everything I say these days.’

‘Because mom, I think you have stopped talking sense these days! Everywhere you just find Radhika to put a blame on.’ Aarush was angry now. His father had to jump in the middle to stop the fight from stooping down to any lower level.

‘I understand son, you just go and ask her, and if she’s not in the condition to travel anymore, we will bring the dinner for you, or you can order in the hotel.’

‘Sounds better!’ Aarush slammed the door while exiting out.

‘Are you out of your mind? Why do you always keep taunting him? By doing this, you are doing nothing, but pushing your own son away from you!’ his father told his mother, who was still not ready to admit that the fault was from her side.

‘Punjabi mother-in-law are famous for this shit! Don’t mind what my mother says…’ Aarush entered his room and saw Radhika who was sitting in a chair, with her feet dipped in a tub of hot-water.

‘She’s my mother too, and it’s okay. I don’t mind her saying anything as long as she cares for us and wants our good!’ she smiled.

‘You want to come for the dinner or not?’

‘Where are we going?’

‘Dad is suggesting some dhaba for the dinner, he is in a mood to have Punjabi food, all those oil-factory things.’

‘Aarush! Stop it. At least like something about your culture.’

‘I like everything about it, Radhika, who said I don’t? I just don’t like the too-fatty food, that’s it.’

‘Fine, then at least pretend to like it for the time we are with them and here.’

‘Only because you say so!’ he kissed her forehead, ‘so, are you coming or not?’

‘Amazing. Get ready then, we are leaving in ten minutes. Let me tell others that we are coming too, so they don’t leave without us!’

Aarush rushed into his parents’ room and told them that they will also be joining them. In another thirty minutes they reached a famous Punjabi dhaba, and ordered a sumptuous meal. Radhika enjoyed it’s every bit, while Aarush was ordering more napkins than the food!

‘Aarush…’ Radhika was asking him to be polite, and his mother was seeing it from an entirely different angle. According to her, Radhika was making her son the captain of her own personal team, which was going to fight against her in the home!

‘Mom, dad, we need to talk to you…’ after the dinner, Aarush asked his parents to come aside. He didn’t want to reveal their pregnancy in front of his entire clan.

‘What is it?’ his mother was like him – anxious and restless – when it came to being surprised or shocked!

‘It’s something important, of course.’

Aarush asked all the relatives to enjoy themselves and roam around, while he took his mother and father to a secluded area, along with Radhika. Four of them were standing in a circle, looking at each other – puzzled.

‘Will someone tell me anything?’ his mother couldn’t take it anymore.

‘Mom, Radhika is pregnant. You are going to be grandparents!’ Aarush had a big smile on his face. His father looked at him with a blank expression, while his mother – fainted.

‘Mom…mom?’ Aarush grabbed her from her shoulders and made her sit down on a nearby bench. Radhika took out a water-bottle and splashed some of it on her face.

‘What did you say?’ she was still unconscious.

‘Nothing, just wake up! You are in the middle of a street.’

‘What?’ she got up and adjusted herself.

‘Radhika is pregnant. You are going to be grandparents.’

‘How? When? I mean…how is it possible? You got married hardly a week ago, then how?’ she almost started crying, thinking about what people will say and how the society will react to this news of pregnancy before marriage!

‘What do you mean how? You know how!’ Aarush said with pride, but his father coughed and he immediately shut up.

‘What will I tell to Chinkee now?’

‘Why do you have to tell her every single thing of our lives?’

‘She is already mad at me for not letting her know about the girl you were dating, and now this!’

‘What? What does that mean? I should have sex with my wife only after Chinkee bua’s approval?’

‘Aarush…’ his father stared at him hard.

‘I mean, it’s absurd. Radhika and I am living together since almost two years now, in one apartment. We were living together way before we got married. She’s two months pregnant now.’

‘WHAT?’ his mother was getting shocks, after shocks.

‘Yes!’ Aarush sat next to her, ‘Finally, you have the truth with you. There are no more lies, no more secrets. We got married in a hurry because of this pregnancy.’ Aarush winked at Radhika, only they both knew the real thing, but he had to make something up to save Radhika from all the taunts that she would be subjected to, otherwise.

‘And you didn’t consider aborting it?’

‘Mom? What the hell are you saying? Aborting my child? Did you think of aborting me when you were pregnant with me?’ Aarush got up in rage.

‘But son, you were a planned child!’

‘My baby is also planned. Just that our wedding got delayed because of my accident. Radhika was a month pregnant at that time, it took me around one month to recover, and then we got married immediately. It’s her third trimester.’

‘Second. I mean, first trimester is going to end. I am two and a half months pregnant.’ Radhika spoke up, correcting Aarush, who knew nothing about these things.

‘Have you got a medical check-up?’

‘Yes, she has!’ Aarush backed her up.

‘What are you trying to prove here? You are the one who did this to her!’ his mother hugged Radhika out of compassion.

‘What? What? What?’ Aarush couldn’t understand anything that was happening here. But he was happy as long as his parents were supporting and loving Radhika.

His father congratulated him by hugging him tight – man to man!

‘You are going to be a father…I can’t believe it!’ his father had watery eyes.

‘I can’t tell you how happy I am, son!’ his father hugged him again. It was like an emotional family reunion going on while all his relatives were scattered in the streets, shopping and eating around.

‘Now we have to decide what we want to tell Chinkee and her family.’

‘Why are you always more worried about them than us?’ Aarush was annoyed.

‘Don’t worry, I will handle the others.’ his father stepped in.

‘Thanks dad! I feel like telling them that I already have a child before marriage who studies in a boarding school in Mumbai. I swear I would love to see the look at their faces!’ Aarush joked.

‘What?’ Radhika looked him with surprising eyes.

‘Darling do you think I can have another child? I mean, yes I can, but no, I don’t have another child. Don’t you trust me? Radhika? Darling…?’ Aarush was following Radhika now, who started walking away from him.

‘Radhika…I can’t tell you how happy I am today.’ he hugged her from behind.

‘Yeah right, you have told your parents about it so coolly, who will tell my parents?’ Radhika pulled his cheek, ‘Mister daddy, get ready to meet another set of grandparents soon, and remember, you have impregnated their daughter ‘before marriage’, don’t forget that!’ Radhika giggled.