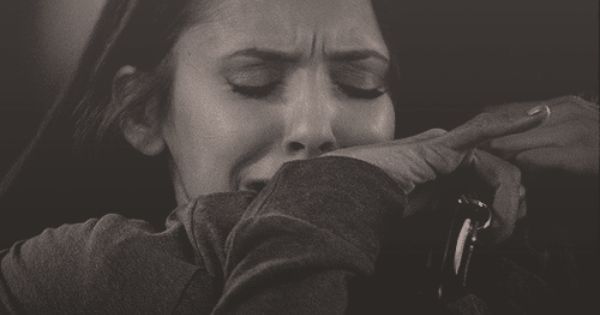 Love encountered Sameera in the office premises, but didn’t want to confront her on such a sensitive topic publicly knowing that it can well turn into a social drama. So he waited for them both to reach home, so that even Radhika and Aarush could witness the entire scenario.

Sameera and Love both returned home together in one car. Awkwardness filling the environment and Love was getting suffocated. Wanting to talk, but controlling his emotions and sitting tight. He drove as fast as he could, as he didn’t want to wait to confront her and ask her the truth. Sameera could sense something heavy in the air, but didn’t have the courage to ask about it from Love. She knew he was a short-tempered guy, and didn’t want to initiate an argument once again. In last few months of their relationship, they had fought more than they made love.

‘We’re home…’ Love was not being his usual self, he got out of the car and shut the door behind himself, not waiting for Sameera to get out.

‘What’s wrong with you?’ once inside the elevator of the building, Sameera finally broke the ice.

‘Alright then…’ Sameera didn’t say anything more, but just waited for the elevator to reach their floor. Once the lift doors split open, they both entered home.

‘Hey, you guys are back!’ Radhika had prepared dinner for four.

‘You made all this? Thanks man! After such a long time we are finally going to have some homemade food.’ Love grabbed a chair and shoved his spoon and fork into the rice bowl, and poured some gravy too.

‘Delicious!’ Love said with a mouthful.

‘Thanks, well I hoped you would have waited for Aarush…’ Radhika said under her nose, without making it embarrassing for Love.

‘Come, you too join me!’ Love asked Radhika, and ignored Sameera who was standing closer to him.

‘Are you even going to tell me what the issue is?’ Sameera shouted snobbishly.

‘No issues! Why don’t you just mind your business? I need to talk to Radhika about a lot of things, she’s my good friend as well, and you go and get me a glass of water…’ Love pointed at the kitchen, and Sameera walked inside her room instead, slamming the door at his face!

‘See, see? This is how she behaves, and this is not the first time it’s happening, but the hundredth! Sometimes I just feel like breaking up and moving on in life. One relationship drains out so much sometimes…’ Love ate some more, and with every spoonful he was increasing the quantity.

‘Yeah right! I can see how much you love her.’

‘Love doesn’t love anybody. Love loves himself!’ he smirked at Radhika who couldn’t stop but laugh.

‘Hey guys, I am late, again…’ Aarush came in with his laptop bag slinging from his shoulder, and his shirt full of sweat.

‘What happened to you?’ Radhika’s focus shifted on his shirt, which was never that wet.

‘Nothing sweetheart, I started gym from today!’

‘Right down our office complex.’ Aarush removed his shirt right there, and sat in the dining chair.

‘Leave that, you tell me did you talk to Sameera today? What did she say?’

‘No, man! I didn’t.’ Love shoved in another spoonful of rice and gravy.

‘What? I thought you did, and she was pregnant too, that’s why she rushed inside, but what happened?’ Radhika was puzzled.

‘Nothing, I just couldn’t start the thing. I needed the proof, that pregnancy stick to show her! I left that at home, I didn’t want to carry her…I mean…someone peed on it!’ Love was still disgusted about the fact that it was a stick containing someone’s urine.

‘And that someone can be your girlfriend, Love!’

‘You won’t die!’ Aarush banged his fist on the table.

‘Very well then, you guys join me, and I am going to call Sameera out, and let’s have a face to face discussion now. Enough of this fucking around!’

‘Who’s fucking around?’ Aarush pitied himself who hadn’t slept with his wife since almost ten days now! Radhika smiled at him, knowing that even coming months were a test to Aarush’s desires and fantasies.

‘I am! I am fucking around, but not anymore. I need to know the truth this time…’ Love walked towards his room and banged hard at the door.

‘Sameera…open the door!’ Love stood outside with his fists clenched.

In another minute, Sameera came out, wearing a night gown, with almost nothing underneath it, and she had tears in her eyes.

‘She looks hot even when she’s crying!’ Aarush whispered.

‘You are going to be a father soon, Mr Choudhury, and I will really pray to God to bless you with a ‘hot’ baby girl…’ Radhika commented.

‘Hey!’ Aarush got up, ‘Sameera is really nice, and very honourable woman. Come on!’ he walked towards her.

‘Yeah, yeah…’ Radhika joined them all.

‘I need to talk to you about something.’ Love finally decided to break the news to her. He brought the pregnancy stick from kitchen, it was wrapped in a napkin since morning. He showed it to her, the two lines were faint, but still visible.

‘What is this?’ Sameera sounded confused.

‘Exactly! What is this?’

‘This is a pregnancy test, but whose is it?’ she asked again.

‘You better know. Radhika found it under her basin last night.

‘What?’ Sameera was taken aback.

‘Yeah! And you are pretending as if you don’t know the truth?’ Love tried to pressure her.

‘I swear it’s not mine! I am not pregnant.’ Sameera pleaded.

‘When did you have your last period then?’

‘Hey, Love! Take this discussion inside in private, please…for the girl’s sake.’ Aarush tried to be sensible.

‘No, let things be clear right here and right now.’

‘What do you all want from me?’ Sameera broke down and started crying, ‘I swear I am not pregnant, and I might not be as rich as you all, but I am not thinking of doing something like what you are accusing me of. I am in a relationship with Love, because I really adore him, and not for the money!’ she said with her breaking voice.

‘We trust you sweetie, it’s just that we all were paranoid when we found it under the basin, and, of course we will clear things out, that too when only one woman is living in this house!’

‘One, who is not pregnant. I am pregnant so why will I use a test anymore? And it’s not mine, I am sure!’ Radhika looked at Love who was eyeing Sameera even more weirdly now.

‘When did you have your last period?’ Love thought she was deliberately trying to side-line the actual thing, just to distract everyone.

‘So you are late that means!’

‘Being a few days late is not a big deal!’

‘It is! Come on, let’s get you tested.’ Love grabbed her hand.

‘I am not going anywhere…’ Sameera fought back, while Radhika was a mute spectator to the drama going on, Aarush jumped in and asked Love to behave.

‘I’m telling you, take this discussion inside, in person!’ Aarush shouted at Love and he immediately stopped with his childish tantrums.

‘I don’t know who threw this under the basin, but I might know, whose it might be!’ Sameera said, and everyone turned their heads towards her.

‘Whose?’ Radhika, Aarush and Love – three of them said in unison.

‘I’m not sure, I am just guessing, faintly!’

‘But still…’ Radhika couldn’t hold back her curiosity.

‘The dude’s pregnant?’ Love almost had a stroke.

‘He was a guy this morning!’ Aarush tried to think hard about his morning meeting with Sahil in office.

‘Hey, hold on! Sahil might have thrown it under the basin, it can be of his girlfriend, Sheeba, who didn’t drink at all on our party and was rather complaining of being nauseous.’

‘What? Sahil has a girlfriend?’ Love almost woke from his months-old sleep!

‘Good morning, boyfriend.’ Sameera smacked her palm against her head.

‘Yeah right, Sahil told me about this Sheeba girl, but didn’t have any idea that she was pregnant and that too before marriage? Are we setting a trend here?’ Aarush looked at Radhika and smiled.

‘That’s the stupidest trend, if you are setting anything!’ Love was pissed off, but rather happy that he was not being screwed this time.

‘But how can you be so sure that Sheeba is pregnant, and not you?’ Radhika asked.

‘How can I be pregnant, when I didn’t take any test that came out to be positive?’ Sameera pointed out.

‘I understand, but believe me, get yourself tested too. You never know…’

‘Of course! That’s the first thing tomorrow. But I think we should talk to Sahil about that too, in case he’s not marrying or planning to marry that girlfriend of his.’ Sameera said and everyone agreed.

They went to sleep thinking that it was indeed a new girl, Sheeba, who was pregnant, and not Sameera…