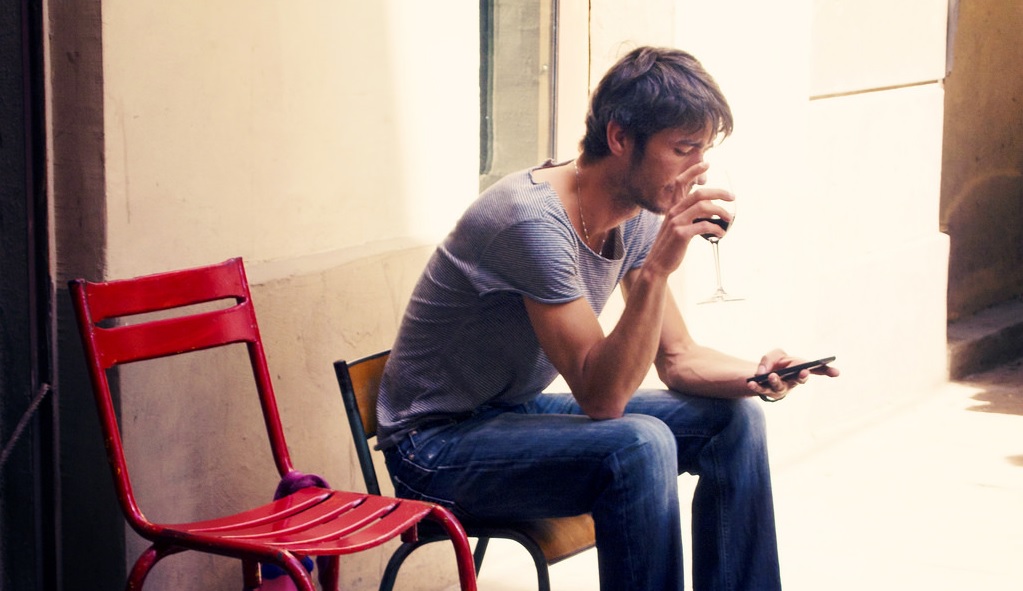 Aarush woke up in a hangover with limited memories of last night. All he remembered was the horrible feeling with which he was missing Koel, his ex-girlfriend!

‘Argh!’ Aarush tossed the AC remote towards the opposite wall, and it flung through its bed to land on the floor with a beaming ‘thud’. He was angry. Over her, over himself. She was happily married, enjoying her life! Her photos on Facebook, proudly boasting of her newly wed husband Luckwinder, and her honeymoon in Mauritius, made him even angrier.

‘Why this had to happen to me?’ Aarush was tossing inside his sheets. He was frustrated for his life. No matter how happy he was outside, and how hard-hearted he looked, but inside, he was still soft, and broken.

He let out cold breaths, and got up from his bed to make him some lemon-water to get rid of the last night hangover. After stumbling upon a few scattered reminiscence of his last night’s faded memories, he also stumbled upon a handkerchief. He had no memory of carrying a handkerchief along, surely not a pink one!

He rushed inside his bedroom and picked up his phone. The call records included many calls to Sahil and Love at 02:30 am and then at 03:10 am. Sahil and Love were his Infosys colleagues, and Love was the same guy who was calling him when he stumbled upon Radhika in R-City mall that day. He called them back to know what happened last night.

‘Hey Sahil, bro…yeah, I’m good, I actually…no fine, I’m fine…I wanted to know what happened last night?’ he was hoping for some reply that would clear things out for him, but instead his friends started pulling his leg.

‘Oh God, Sahil I have no memory of last night, I’m not joking!’

‘Ahem, no memory! What did that girl do to you, dude?’ Sahil had purposely put his call on speaker phone, and his entire group was laughing behind him.

‘Fuck-off asshole!’ Aarush hung up, and thought to call Love, but it would prove to be as futile as calling Sahil, because Love was his room-mate only!

‘Who the hell should I call?’ Aarush was scrolling down the list of calls made from his phone last night, and he stumbled across an unknown, unsaved number. He called at that number in hope of getting some answers.

‘Good Morning, Aarush!’ a chirpy voice greeted him. He was shocked beyond his wits. He didn’t even know the girl, and the girl was wishing him a ‘good-morning’?

‘Morning? May I know who is it?’ Aarush was confused.

‘After spending an entire night with me, you are still asking who I am!?’ the girl scolded him.

‘Seems like you’re still confused, and your friends didn’t help you at all, right?’

‘Umm…yeah, how do you know? Who are you actually?’

‘Sahil called me and told that they were teasing you pretty bad!’

*How the hell does she know Sahil now?* Aarush’s inner voices were screaming!

‘Now you must be wondering how I know Sahil. Well, the same way I know you. Last night, Blue Frog, remember anything? Oh wait, how will you remember, right? Let me tell you then – you passed out at about 02:20 last morning. I and my friends tried to wake you up for a good ten minutes, but you wouldn’t just obey, so we pulled out your phone, and thankfully there was no lock on it, so we dialled the first number that was there, and it was of Sahil. He came to us, despite the loud noises and music, and then we all tried to wake you up, but you were constantly saying – Koel please come back, I can’t live without you, and some more bullshit. Sahil slapped you, in front of whole club, but you still won’t wake up! You behaved like such an asshole last night, for passing out and all. We then danced for some more time, and at around 03 am, we called up Love to get the car so that we could throw you to your place. The keys were in your pocket, and we all, I mean, your friends and mine, we all landed at your awesome apartment, had an after party, Sahil tried to cook something, and burnt your shirt, but it’s okay, we threw it in the bin, and then at 05 in the morning, we all left, leaving your miserable and passed out ass in your bed! Story ends!’

‘What? Slapped me in front of the whole club? Burnt my shirt? The fuck? So much happened and my friends can’t tell me a thing!’ Aarush now understood the mystery of pink-hanky!

‘But tell me one thing…’ Aarush asked the girl.

‘God! Aarush, I’m Radhika. You were so stoned last night, that you don’t even remember my face?’

‘I had a hint that it might be you. You said something last night about the third-time, right?’

‘Yeah! I said we were meeting for the third time, and that too unplanned.’

‘Okay. Can I ask you something?’

‘Don’t be angry, promise me first.’

‘Will you please be fast? I don’t have all day!’

‘Alright, alright. Are you sure nothing happened between us last night?’

‘WHAT?’ Radhika was pissed off.

‘You’re such a prick! Helping someone these days is so selfless, people ask the next morning if they had some fun too. What a sick man you are? Of course nothing happened! You think you were in a condition of doing something?’

‘Alright, calm down, I knew it would make you angry, that’s why I gave you a prior warning!’

‘Yeah right. So be happy that nothing happened between us…’