Inconsistent Love is the first part of “Dare To Love” – trilogy. It’s a fictional tale of Aarush and Radhika, who are confused about their relationship status, despite being madly crazy for each other. They are trying to sort out their minds, but every time one person would try to confess his/her feelings to the other, something would destroy the moment, and every time they end up being confused. Even after living together in one apartment, sleeping in one bed, sharing everything, even their bodies, they can’t decide whether they are meant to be ‘forever’ or not. This story depicts the mindset of today’s youth, and caters the problems and commitment issues people have these days! 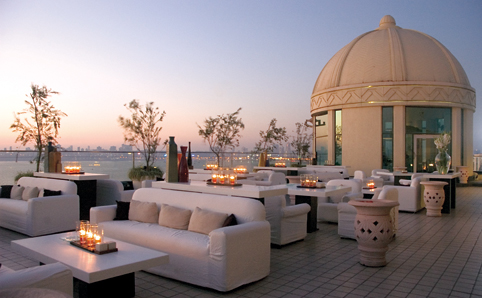 The morning was cheerful, but lazy. Two bodies were wrapped in one sheet in a small apartment at 17th floor in Mumbai. The girl moved a bit and woke up. She saw the time and stared at the ceiling for another ten minutes. The slowly rotating fan was making her dizzy again, but she forced herself to wake up instead.

‘Have you seen my bra?’ a soft voice broke the silence of the morning and entered Aarush’s ears.

‘Nope. How would I? I’m still sleeping…and by the way, WHY will I see your bra? Why?’ Aarush rolled inside the sheets and snored. Radhika rolled her brows and started searching in the room. After looking under the bed and on the dressing table, she walked towards Aarush’s bed and stood there firmly.

‘What a lazy dog you are, Aarush. You’re running late for office, its 08:30 of a Monday morning!’

‘Shut up! You have to be kidding me, I can’t be late today, I have a meeting at 09, and you. You knew it!’ Aarush rose from his sleep within micro-seconds.

‘What the hell? You can’t be so rude! Bye…’ Aarush picked up his formal clothes, wallet, belt, a tooth-brush and his cologne and rushed out of his 17th floor apartment.

‘Don’t you want to take a bath at least? Aarush?’

‘No! I’ll change in the car and put on some perfume, I’m already late.’

‘Bingo! I found my bra too, you were sleeping on it.’ Radhika heard the door shut louder than ever, she picked up her bra and entered the bathroom with her towels and shampoo.

Now that Aarush was gone, she could make her own breakfast and bathe for as long as she wanted. She didn’t have to think about rushing to office as today, Aarush himself signed her a sick-leave!

Yes, Radhika was not Aarush’s wife, neither girlfriend. She was his friend, with all the benefits of a girlfriend. If anyone would ask them about their relationship status, they would both say that they were single. Radhika and Aarush both were business partners. Aarush had started off his company back in 2011, and lured Radhika into it. He made her leave her job for his company, and she did it. Aarush knew that Radhika would do him this much at least, she was so madly in love with him after all. While Aarush, he was just trying to have a control over his scattered life. Their story was as unusual as their relationship-status.

Let’s travel a little back in time –

Radhika finally managed to crack the fifteenth interview of her life, and she was excited to start her career as a consultant in ‘Kaya’, which was a big name in the world of cosmetics, hair transplants and skin-treatments. She had done her MBA from Jaipur and had moved to Mumbai just last month. She had given a total of seven interviews in Jaipur and fifteen in Mumbai, and today was her lucky day as she got selected in Kaya.

‘I want to give you a treat, Kavita.’ Radhika jumped with joy as she announced about her new job to her room-mate and college-friend, Kavita.

‘I knew it you’d crack it. Nobody is disappointed at their birthday, after all. I’m so happy for you Radhika! Meet me at Carter Road in half an hour. I want a good, lavish lunch from you today.’

Radhika took a rickshaw to Carter Road and waited for Kavita inside ‘The Intercontinental’. It is one of the biggest restaurants there and Radhika had saved enough money to give a good treat to Kavita, after all she managed everything for Radhika in Mumbai. Radhika was staying at Kavita’s apartment since almost a month now and Kavita never demanded a penny. She supported and helped Radhika whenever she needed it. Radhika couldn’t be more thankful of her.

Kavita reached in ten more minutes and they had a fulfilling lunch in ‘The Intercontinental’. As Radhika asked for the bill, she heard someone cussing behind her.

‘Fuck my life!’ the man was whispering, but since his chair was pretty close to Radhika, she could hear him clearly.

Radhika turned to see who the disgraceful prick was, but the man was sitting facing opposite side. She could only see his hair, and by his dressing she could assume him either to be a business man or someone in search of a job, as the man was wearing formals.

‘It’s the worst ever day of my life, I can’t believe I’m alive to see it!’ the man started off again.

‘Excuse me?’ Radhika finally interrupted him. It was her birthday and every girl’s birthday is her best day. She can’t tolerate anyone else cussing it. The guy turned. Narrow eyed, perfectly chiselled jaw-line, shaped beard and silky tuft of hair, the guy wore a stud in his right ear and looked no less than a model.

‘Yes?’ he said in his deep, heavy voice.

‘Ugh…do you know where the washroom is?’ Radhika was completely blown as she saw him. She thought she would tell him about her birthday and how it can’t be a bad day for anyone on this planet of rainbows and unicorns, but the man’s looks made her forget everything. She rushed in the direction where the man pointed and came out after ten minutes, after combing her hair and applying half the stick of her lip-gloss on her plump lips. The man smiled at her while she sat behind him, facing Kavita.

‘Stay away. STAY AWAY! Such guys are just F.L.I.R.T. Let’s go!’ Kavita whispered back.

‘F.L.I.R.T.?’ Radhika pronounced each alphabet as clearly as Kavita did.

‘But maybe he’s not?’ Radhika said with stars in her eyes.

‘Wait, let me see his face…oh my…I know him, he’s Aarush!’ Kavita hid her face behind the menu card.

‘I will tell you all about him. But know one thing, he’s even dangerous than those F.L.I.R.T. type of guys.’

Radhika paid the bill and they both left the hotel. She couldn’t wait to reach home to know more about Aarush. The excitement of getting a job was fading in front of Aarush’s shining ear-stud. Radhika was flattened by the guy and his looks and she couldn’t wait for Kavita to tell her more about him. She was expecting a lot, like the guy being a stud, a womanizer, a cheater and what not. Smart guys are usually of that category, at least half of the girls think so! Radhika was from that half who considered guys to be dogs, she had been in many relationships earlier, but was not satisfied from even one of them. She didn’t expect a relationship with Aarush, but was surely willing to know him more, as a person, as a friend. Unknown of the fact that the strangest of friendships, turn into most amazing relationships sometimes!