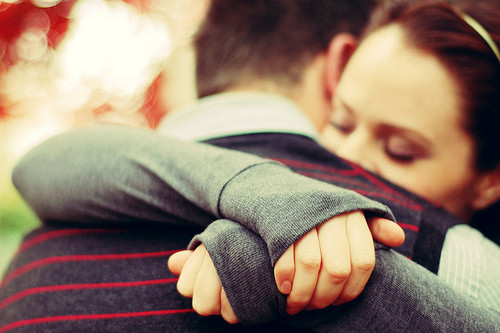 ‘The number you’re trying to reach is currently switched off, please leave a voice message by pressing star. Thank you.’ This automated response had annoyed the hell out of Akanksha for the hundredth time in the period of three days. Three whole days had passed, but there was no response, or call or even any mail from Shrey’s side.

Akanksha could only see his random check-ins on facebook. He wasn’t even replying her there. She knew she was greatly at fault. First, she hid her meeting with Jayant from Shrey, and then she lied about it to cover it up. Shrey had always been honest with her, may it be about revealing his past or may it be about Natasha. He never hid even a single thing from her.

She logged out from her facebook account, and entered Shrey’s username, she typed the password: ‘PASSWORD INCORRECT’. She couldn’t believe that Shrey even changed his password. She was almost on the verge of crying, and at that moment, she realized how much it would have hurt Shrey to learn that his beloved wife was lying to him. An unknown number was buzzing on her phone’s screen. She picked up the phone.

‘Sweetheart…’ it was Shrey.

‘Shrey, I’m sorry Shrey, please Shrey don’t disconnect please…I’m really sorry about everything, and I promise to never, ever repeat it, but please come back, I miss you so much Shrey, please…’ Akanksha started crying hard on phone. She couldn’t even speak properly.

‘Hey…hey don’t cry! I miss you too, and I’m coming tonight, don’t worry…and I’m sorry, for behaving so rudely, for leaving you alone, for ignoring you…it’s in these 3 days without you that I realized how much I miss you…’

‘Let me come back, sweetheart…we’ll talk about everything. I need to catch a plane now, bye!’ Shrey disconnected.

This short and sweet conversation that lasted hardly a few minutes, relieved Akanksha in such a way, that she immediately slept. She was awake from almost 3 days, and her sleep was broken and disturbed, by various ghostly dreams and hallucinations.

In the evening, Shrey returned. Akanksha was already at his home with her in-laws. He came and stayed in the hall for some time, met his parents, and just stared at Akanksha without even uttering a word. After a few moments of awkward silence between both of them, Shrey broke the ice.

‘Mom, I need to rest now, I’m too tired…tell someone to bring my luggage to my bedroom, I’m going to sleep now…’ Shrey faked yawning and rushed upstairs. A male servant followed him with his two suitcases.

‘Come here, Sweetheart, you have no idea how much I…’ Shrey kissed Akanksha on her lips, without giving her any chance to speak up.

Suddenly there was a knock on the door. It was the servant with his bags.

‘You went for just three days, then why so much luggage?’

‘Sweetheart, that’s for you…I didn’t carry any suitcases, just a small bag, and that has already reached the laundry. These two suitcases are just for you…’

‘WHAT? What’s in those two? I mean, did you buy the entire London?’

‘I wish I could…open them up…’

Akanksha opened the suitcases in anticipation. Both of them were full of accessories, handbags, dresses, cosmetics and all the girly stuff that Shrey had no knowledge about.

‘To be honest, I didn’t buy all that alone. Dad’s secretary was with me, she’s like family you know…I asked her to assist me in the shopping, and she’s a shopping freak herself. So, that’s what you get when you shop with a shopaholic!’ Shrey pointed towards the two filled up suitcases which were now lying on the floor, opened and the material all scattered here and there.

‘Hello, wife? Your husband is still in the room…and you totally forgot about me?’

Akanksha looked up. She was so submerged with make-up and accessories all around her, that she almost forgot about Shrey. She got up with a jerk.

‘We all make mistakes, its okay…’

‘Hey…did I say anything? And one more thing, if you don’t like something, just throw it away, I’ll get you new one, there’s no compulsion, got it?’

‘Stop it, Shrey…first listen to me…’

‘I’m so not going to listen to anything. I know the whole story, and I trust my wife completely. I know there were reasons why you hid it from me, you’re so concerned about Natasha, right? I understood this thing when I was away from you for three days, and when I felt the same pain, of seeing someone being hurt, and in pain. I couldn’t bear it anymore so I just rushed back home…’

‘Shrey…you’re the best husband ever!’

‘And you’re the best wife ever, sweetheart!’

‘I promise, I won’t ever lie to you in my life. You can count upon me, Shrey! This was the last time, I swear…’ Akanksha held her ears. Shrey gently put her hands aside from her ears, and kissed her cheek.

‘I know you’re not that kind of a girl. You’re the most honest and pure soul I’ve ever met. It’s just that, when the same thing came from someone else, I was infuriated.’

‘That evening I asked your mom about you. She said you went shopping with Natasha. I texted you, you didn’t reply, then I texted Natasha, and I’m thankful to Natasha that she told me about you both meeting up her rapist boyfriend…or I’d have never come to know…but when I thought about it deeply, I understood, why you hid it from me. If your mom wasn’t aware about this secret meeting, then why would you tell me? I understood it pretty late, when I was away, sweetheart…please forgive me!’

Akanksha kept hugging him tightly and cried on his shoulder. She couldn’t believe Natasha was the one trying to create problems between her and Shrey. She never thought her sister would be so selfish and mean.