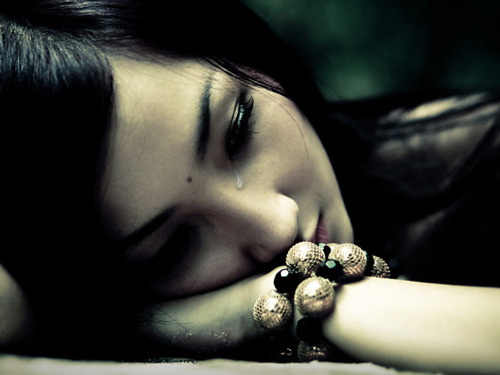 ‘Oh God! I’m screwed, Natasha…’ Akanksha was biting her nails from the mall to her way back home.

‘Oh dear, you worry too much. I bet Shrey don’t know about us meeting Jayant, don’t worry, there maybe something else, you never know these guys! They can be upset about anything!’

‘No, Natasha…you don’t know. Shrey never cuts the call like this, and he never suspects me for lying to him.’

‘Even this time he hasn’t, you yourself gave him bold hints…’

‘I didn’t say anything!’

‘But you weren’t normal either! You should’ve listened to yourself for a moment, ‘W..w..what, Shrey? W..w..why…Shrey?’ that’s the way you were talking, any sensible person would suspect that you are lying!’

‘Nothing, first of all, just relax! Don’t worry, he has no clue I bet, you yourself don’t make things worse now.’

‘Hey…look at me!’ Natasha gently turned her face towards her, ‘you’re taking too much tension, just relax! Take deep breaths…inhale…exhale…in…out…come-on!’ Natasha was patting Akanksha’s shoulders.

‘Do you really think Shrey doesn’t know about this meet?’

‘You want me to sign a stamp-paper now? How could he know, sister? Did you tell him? Did I tell him? Who else knew about it anyways?’

Akanksha thought, Natasha was right. There were very thin chances of Shrey knowing the truth, she was worrying for no reason. Inside, although she was feeling guilty of hiding this thing from Shrey, but for her sister, this was the least she could do!

Back at home, Akanksha ran to her room. Shrey was standing at the balcony, his hands pressing the railing hard and he was staring down.

‘You’re back? How was the shopping? What did you get?’ Shrey shot a stream of questions.

‘Uhh…yeah…shopping…it was good…we didn’t buy anything, there wasn’t anything worth spending the money on…’ Akanksha pasted a fake smile on her face.

Shrey could easily guess she was lying. He said nothing for a moment or two, and kept staring into her eyes. She wasn’t looking into his eyes today, for a change.

‘Sweetheart…come here…’ Shrey held her from her shoulders and made her sit on the bed.

‘Now tell me honestly, where did you go?’

‘I can see how true you are, now will you tell me straight?’

‘Tell me why the hell you met that fucking rapist? I told you to stay away from everything, and this is how you repay? By lying to me? Am I a fucking retard?’ Shrey shouted, picked up a glass vase and thrashed it on the floor.

Akanksha started sobbing. She was weeping inside, and was guilty for whatever she did, she didn’t even have the strength to apologize to him.

‘NO! I won’t! if you can’t listen to me, why the fuck should I?’ Shrey held her from her shoulders tightly, ‘Tell me who am I? Tell me?’

‘TELL ME! Am I your husband or not? Do I have any role in your life or not? Isn’t this your responsibility to be honest with me if you expect a similar behaviour in return? TELL ME!’ Shrey was shouting, Akanksha had no answers.

‘Go away…I don’t wanna see your face!’ Shrey left her shoulders with a jerk and moved to the balcony.

Akanksha ran away from her room, wiping off her tears. Natasha was standing in the corridor, and she tried to stop her, ‘Hey, Akanksha…what happened?’ Akanksha didn’t stop, ran into the guest room and locked it from inside.

Late in the evening, Akanksha reached the dining room to have some dinner. Crying for hours made her almost starve for food and water, and her eyes were swelled up and blood red.

‘Here, have a seat and eat something…’ Akanksha’s mother pulled out a chair for her.

She grabbed some apple slices, picked two chapatis and poured some curry in the bowl and started munching apples.

‘I won’t ask you what happened, neither will I give you any lecture, or advice. You’re a grown up woman now, Akanksha. Fights happen, misunderstandings happen, you should know how to sort things out. Since you’re the one who’s married to Shrey, and not me, so obviously, you know him much better than me. My advice won’t work anyways…that’s all I wanted to say, sweetie. Just relax, and don’t worry, if there are problems, there are solutions as well.’ her mother poured her some juice in the glass and stepped aside.

‘Sweetie, he left in the evening only. When I asked him what was wrong, he said he had wasted two days of his life here, and he needed to join his work as soon as possible to avoid any loss or lag…’

Akanksha’s mother saw her wiping off a tear from the corner of her eye.

‘And I asked the maid to clean up your room, don’t worry, the glass vase has been replaced with a new one…’ her mother patted her back, and walked away.

She was a wise woman. She knew that a relationship works best when ‘only-two’ people are involved in it. With external intervention, they are not only spoiled, but several misunderstandings also creep in. So, instead of lecturing Akanksha, or Shrey about anything, she just left the both of them to their own. She knew that they’re husband and wife now, and they have to handle their problems on their own. They’re no more the same old kids who can hide in their parents’ lap when they need some help. Soon, they’ll be providing a lap for the same job instead to their kids in future, for that, first they needed to start living without that lap.

Akanksha dialled Shrey’s number, it was switched off. She called her home, her mother-in-law picked up the phone.

‘Hey, mom! Yeah, I’m enjoying a lot, I miss you! And, where’s Shrey and why is his phone switched off?’

‘What? Shrey is not with you? I thought he was living at your home, wasn’t he?’

‘Yes, he was, mom…but, we had a little fight in the afternoon and he went. I don’t know where! I thought he may have gone home, but you’re saying he’s not even here…’

‘Hold on, beta, let me call his father, maybe he knows about his whereabouts.’ Anjali put Akanksha’s phone on hold and connected a second call to Mr Chauhan. After a few minutes of busy tone, the phone resumed back the call.

‘Of course, thank god this boy at least informs his father. Actually he went to London, in the evening on a business trip. He’ll be back in a few days…’

‘LONDON? But how? He had no bookings, not even a visa till yesterday?’

‘The Agro-chemical meeting has to take place, so a few companies came together and hired a chartered plane. And it doesn’t takes any time to get a visa when big money is involved…’

Akanksha understood, Shrey was doing all this to avoid and stay away from her for as long as possible. But she had no idea of how to contact Shrey now, let alone making up for her mistakes, on the sudden business tour.