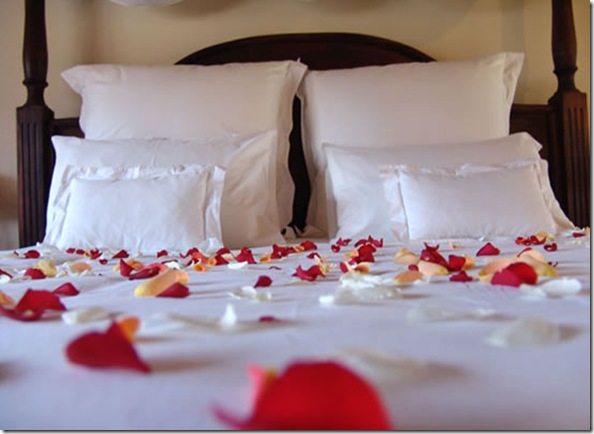 ‘Hey, are you still upset about that hug?’ Shrey asked Akanksha, who wasn’t talking to him since afternoon.

They both were staying at Akanksha’s home. Shrey wasn’t supposed to stay though, but that episode with Natasha in the afternoon forced him to stay, as Akanksha stopped talking to him and Natasha, after that scene.

‘At least say something…I’m asking you since evening!’ It was night. Shrey was strolling in the room, asking Akanksha the same thing again and again.

‘At least look at me! I swear I didn’t hug her, she was the one who jumped at me, please believe me, sweetheart.’ Shrey was constantly pleading and explaining Akanksha about his innocence.

‘Sweetheart, if you’re upset, I’m sorry!’ Shrey held both his ears with his hands, ‘I won’t ever hug any woman in my life again. Not even mom, okay?’

‘It’s not about you, Shrey!’ finally Akanksha spoke up after hours of unbearable silence.

‘I don’t feel good about her. She has changed. She wasn’t like that before. She’s sexualised now, and seeks pleasure in everything she does. She’s no more the innocent, sweet-little girl, I loved.’

‘Oh, Akanksha! It’s not that…she was so upset and worried, that maybe she hugged me just like a caretaker? Don’t keep such things in your mind, please!’

‘I’m telling you, Shrey, it’s not about you, it’s all about her. I know you way too much to doubt you, and I know that you’ll come to me if there was something going on in your own mind. This is totally about her, about Natasha…what’s happening to her?’

‘I’m telling you, sweetheart. You’re taking things too seriously, and she wasn’t in her senses that time. She was crying and there must be a million things going on in her mind. Anyone would do something like that had the situation been same.’

‘It’s not like that. She’s worried about you, and she thinks that she lost your trust. You are not only  her sister, but her most prized possession. She can’t afford to lose you, Akanksha.’

‘If it is so, then why did she date that asshole without even telling me about him?’

‘It’s never about permissions, sweetheart. It’s her life, and she has the right to choose whoever she wants to date. Besides, she thinks that you think of her as a slut, that’s why she was upset and when I told her its nothing like that, then she hugged me.’

‘Shrey, what if that man does something wrong to my sister? I’m so worried, Shrey…’

‘Nothing! Nothing is going to happen, sweetheart. You trust me, no? You have faith in me? We’ll get her out of everything soon, but without your co-operation, it’s not possible. And you’re thinking too much. She’s still an innocent child as far as I know. I’m telling you, maybe she hugged me like a brother? Or like her protector? Who knows?’ Shrey held her from her shoulders and wiped her tears off.

‘That hug was surely not the one a sister gives to her brother. I’m also a woman, and I know! Although I never had a brother, but I know the difference between love and lust…’

‘You’re taking things too seriously…come here…’ Shrey held her from her waist and pulled her towards him.

‘What now?’ Akanksha was still upset about everything.

‘You know the difference between love and lust? Really?’ Shrey asked her in a naughty way.

‘Then show me some lust tonight! I’ve seen a lot of your love…show me a new Akanksha tonight, that I should forget every other woman of the world! Make my fantasy come true tonight, sweetheart…and make love to me in this home, in this room!’ Shrey started kissing her on her lips.

She was irritated and kept pushing him back, but he had hugged her way too tight to let go of her.

‘That’s why I’m diverting you…come on…’

Shrey again started kissing her and fondled her bosom. She shrugged and shuddered, but Shrey moved on. He put her arms across her neck, and picked her up. Then, he carried her to her bed and came on top of her.

‘Sweetheart…what do you want me to do to you tonight?’

‘Nothing, just love me like it’s your last time…’

Shrey roared like a lion, and gave her some passionate love bites on her neck and shoulders. She cried with pain and pleasure.

‘I guess there’s someone…someone on the door.’

Shrey didn’t stop. He continued and Akanksha kept pleading for more and more. She grabbed his hair, pulled him up and kissed him. They kept kissing for next few minutes, and Shrey started undressing her. Akanksha helped him remove every single piece of clothing they had on them, and soon they both were back to their basic existence, the way they were born. The way they were supposed to be…

‘How are you feeling sweetheart?’ Shrey asked Akanksha.

‘Perfect!’ Akanksha said and kissed him.

They kept kissing for a few moments, and Shrey dug his head into her bosom, feeling her every nerve, rejuvenating her ecstatic emotions. He sucked and bit her, and made her reach cloud nine.

Akanksha was moaning and groaning with pleasure. She placed one hand on Shrey’s back and with the other hand she was holding the bed sheet. Akanksha’s finger nails were digging deep into Shrey’s back, and Shrey’s hand was caressing Akanksha’s head. He was kissing her forehead, and he made her feel like no one else could do. He made her reach on top of the world. Soon, they both reach the climax, relieved their worries and tensions, and threw their bodies on the bed with fast and racing heartbeat. Akanksha hugged Shrey, who was already asleep.

After a few moments of rest, Akanksha got up to get her clothes. She wore Shrey’s T-Shirt which was already long till her knees, and lied next to him. As she was about to switch off the bedside lamp, she felt as if she saw someone near the door.

She got up and moved near the door, there was nobody. She slowly opened the door, stepped out into the corridor, and saw Natasha climbing down the stairs at a speed. Natasha, who wasn’t only the one whom Akanksha saw near the door, but she also witnessed the intimate moments of Shrey and Akanksha tonight…