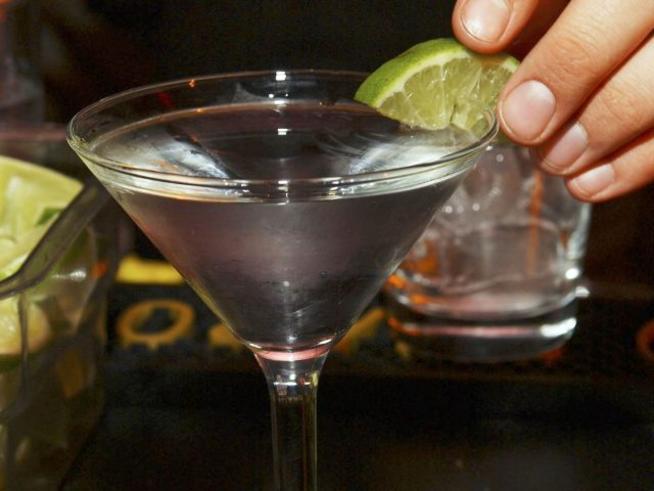 ‘I’m here to stay for some days!’ Akanksha placed her handbag on the floor. She went to her home after Shrey told her about Natasha sleeping with someone at the age of 19.

‘Welcome home, sweetie. Why only some days? This is your home, feel free to stay for as long as you want.’ Akanksha’s mother called a servant who transferred her bags to her room.

‘Mom, can you call Natasha also? Tell her to stay here this weekend? I’ll be happy!’

‘Of course, why not? She’s anyways not going to college these days. There’s some fest going on, and she stays at home. I’ll tell Sheetal to send her right away.’ Sheetal was Natasha’s mother and Akanksha’s aunt.

Akanksha was worried and tensed. Her wrinkled forehead was clearly depicting her mental state.

‘Is there something wrong, Akanksha? Did Shrey say something to you?’ her mother asked her when she was all alone.

‘Then what’s the problem? Last week you were here, and now again? I don’t think everything is okay, don’t hide anything from me, daughter.’ Her mother held her hand gently. Akanksha’s hand was trembling with fear and worries.

Her little sister was wasting her life, with someone she may never get married to in future. She was a little kid, and according to Akanksha, what she was doing was no less than a crime. Shrey made her understand that it’s totally normal these days, guys and girls date and level of intimacy is no less than a husband and wife. He himself had done such stuff in his college time. But Akanksha was stubborn, so she decided to visit her and make her understand. She couldn’t give up without even trying.

‘There’s nothing to worry mother. I assure you I’m totally fine. I’m just a little exhausted. I miss you…’ Akanksha hugged her mother.

Her mother still knew that the issue was something else. Something she wasn’t ready to confess in front of her. Even she was suspicious of Natasha’s involvement, but she stayed quiet. If Akanksha would feel like telling her, she would. After all, she was a married woman now.

In the evening, Natasha arrived with her luggage.

‘Hey…Sister! How are you?’ Natasha jumped up and hugged Akanksha. Akanksha hugged her back with a tensed mind. Her body language was screaming at the loudest that she was worried.

Natasha immediately took her to her room.

‘What’s wrong, Akanksha? Are you alright? What happened?’

‘Who is he?’ Akanksha showed her the picture of the hotel corridor which Shrey captured. Natasha was laughing while the guy was looking on his left, towards the elevator.

‘I don’t know…sister…this…I…’ Natasha started trembling. Akanksha held her tightly from her shoulders and made her sit on the bed.

‘You know how I got this picture? Shrey was in the same hotel that day, and he saw you coming out of the room, you shameless girl!’ Akanksha’s voice choked. She never imagined she may have to witness such a thing in her life.

Natasha remained silent, and listened to everything patiently. She was crying and begging for forgiveness, instead of answering back or arguing. Inside, she felt the guilt of lying to her parents, guilty of being dishonest and misusing their freedom.

‘Do you even know who this guy is?’

‘Jayant, son of Manish; that corrupt and criminal MLA. Shrey got his information yesterday, and do you even have any idea to what limit has this guy, this boyfriend of yours, gone?’

‘Shut up, and listen to me. This guy has not only had many other girls, whom he used and left, but he’s also a drug addict. He’s an alcoholic and can be found drunk and lying on streets every weekend. He’s not only convicted of murder of three people, but also charged for a rape case, from which his father bailed him out because of his political influence. Do you have any idea, who are you involved with?’

‘I said shut up! This guy is a murderer, a rapist, and someone who has used and thrown girls like trash, a crime which is nameless, but surely not the one to be forgiven. You’re not only risking your family’s reputation, but your entire life, by being with this guy! Who knows what may happen to you? He may kill you, spoil your entire life if things slip out of hand, or he may rape you and leave you scarred for a lifetime…wait; hold on. Natasha, tell me one thing honestly…’

Natasha looked at Akanksha, who was already staring at her with puffed up, wide eyes.

‘Tell me you didn’t get intimate with this guy…’

Natasha remained silent. She had no answers. After so much, she couldn’t lie or argue now. Akanksha knew everything now, and hiding anything would be useless.

‘I, I had sex the last time we met.’ Natasha spoke up the truth.

Akanksha held her head and the bound rush of emotions flew out in the form of tears. She couldn’t hold it anymore. She lied on her bed and cried.

‘There’s nothing I can do now…you destroyed everything, Natasha!’ Akanksha shouted at her.

It was the first time that Akanksha was angry at anyone. Even Natasha knew that she was a sweet innocent soul, who couldn’t hurt anyone, and simply was there for everyone every time in need. But this time, even Akanksha couldn’t help her. She wasn’t willing to.

‘Wait, let me inform Shrey!’ Akanksha wiped her tears, picked up her phone to make a call, Natasha held her hand tightly, ‘Please, sister. Don’t tell Shrey anything, please. I won’t be able to face him…’

‘I wonder how you face anyone at all, Natasha!’ Akanksha threw her hand away and made a call anyways. She told Shrey openly that Natasha was intimate with the rapist, the day he saw them both in the hotel. Shrey already knew that, but only Akanksha was stubborn to not believe anything.

‘But, Akanksha, we’ll soon be marrying each other. I’ve had a talk with him regarding marriage, and he said within three or four more years, he’ll marry me!’

‘Oh yeah? What’s the guarantee? He signed a stamp paper? He just used some sweet words, and you believed him like a fool?’

‘When he made love to you? Or should I say, when he fucked you?’

Natasha shuddered. Akanksha had never used such words before. Even Natasha could guess that this time, things were pretty serious and complicated.

On the other side, Shrey got in his car and drove off at his fastest from home. Anjali came running till the gate, but Shrey had no time to answer his hurry!