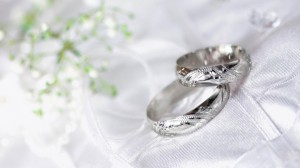 ‘I don’t know what happened. We were just talking, and suddenly she screamed and held my arm. She was crying, I didn’t know what was going on, so I brought her here. Then I called dad and since then the doctor has kept her in observation.’ Shrey narrated the whole story to his mother, who was tensed. Akanksha’s parents also arrived and looked equally worried.

They all started talking and discussing weird stuff. Shrey was looking at everyone’s face. Every face was inched with tensions. To divert his mind, he looked around. To his shock, he witnessed a dead body being carried away, and a few people crying badly. He got more worried.

‘Everyone, please don’t freak me out! I’m already shivering inside!’ Shrey said.

‘Have some water, son!’ Anjali brought him a disposable glass half-filled with water.

‘No, thanks ma! Not even a sip of anything will travel down my throat unless I talk to Akanksha…’

‘It’s okay, son. Don’t worry! Everything will be okay…’ Anjali held him from his shoulders.

A beautiful female doctor came out, ‘Excuse me, Mr Shrey, your wife wants to see you…’

‘What happened, Doctor? Is she okay?’

‘Sir, to be honest, she has a little time left, it would be better if you don’t break down in front of her…’ the news came crashing down on Shrey. Akanksha was suffering from some chronic sickness.

‘WHAT? What has happened to her? She never showed any sign of any disease, but suddenly, tonight…before tonight she was perfectly fine, we even travelled abroad a few months back…how can she? How? But why?’ Shrey’s eyes were filled with tears. He was on the verge of a major breakdown, but somehow, he had contained himself.

‘Sir, your wife is suffering from Pancreatic-Cancer. She’s in the last stage of it…’

Shrey couldn’t hold it anymore. His whole life flashed before his eyes. His 27th birthday, where he met Akanksha for the first time, his first date with her, their first kiss, their marriage, their honeymoon, everything! His and Akanksha’s parents were standing at a distance, and they were all confused about what was going on. Shrey thought to first meet Akanksha, and then talk to the family members.

‘Doctor…is there any cure? Anywhere in the world? I’m ready to spend any amount, you name it…’

‘We know that Mr Chauhan, but we’re sorry, it’s the last stage and chances are very thin.’

‘How much more time, doctor?’ Shrey never thought he would be asking this question.

‘Can she travel? I mean, I want to make the remaining time of her life the best of all. Can she travel with me?’

‘Well, we need to start her chemotherapy soon, she can travel, but a nurse needs to be with her all the time.’

‘Okay, I’ll arrange that, anything else?’ Shrey wiped a tear from the corner of his eye.

‘I’ll see to it, Doctor. I’ll hire a chartered plane for next six months, and will make sure that she sees every corner of the world. A nurse will be always with us, and we will have her chemo in different countries of the world on proper time. I assure you that…’

Doctor could see the determination behind a broken husband. She could see the pain in Shrey’s eyes and the immense love for his wife, which was forcing him to make the remaining time of her life memorable, knowingly that she won’t be there with him, all life-long. Doctor patted his shoulder and walked away.

Shrey stepped inside her room, and saw Akanksha lying on the hospital bed. A white sheet covering her till her chest, her beautiful hands with several needles pierced to flush the medicinal liquids into her body. The wedding ring was removed and placed on a desk next to her. Her eyes were closed. Shrey came and sat next to her. He picked up the ring and smiled. With so much love and affection, he had this ring made from Dubai exclusively for Akanksha. It was a custom-made uncut-diamond, with a craving of ‘AS’ on the white-gold band beneath it. Akanksha opened her eyes.

‘Hey sweetheart…are you okay?’ Shrey smiled. He was determined not to break down in front of her. She still had a few months left, and he promised himself that he would dedicate every single second of the remaining time to his wife.

‘Sshh…don’t stress yourself and keep lying down.’ Shrey held her from her shoulders.

‘Don’t say anything, just name the place you want to visit.’

‘What?’ Akanksha was confused.

‘We have a little time and the whole world to see!’ Shrey’s voice was cracking, but he still faked his smile.

‘Okay, let’s start from the nearby places. We’ll go to China next week, and then Singapore and Malaysia, then the entire UAE, then Europe…’ Shrey was making mental notes and crying inside, wiping the tears from his eyes, and smiling in front of Akanksha.

‘But I want to die in India, Shrey… I want to spend last moments of my life here, with my family…’ Akanksha said. Shrey hugged her and broke down.

‘I can’t lose you, sweetheart…I love you so much…Akanksha…please don’t leave me…sweetheart…please…’ Shrey was sobbing so hard that even Akanksha was unable to calm him down this time.

‘Shrey…Shrey…darling…just calm down…just look at yourself, hold on…darling please!’ Akanksha made him sit on the chair.

‘What if I tell you nothing is going to happen to me?’

Shrey stared at her in shock. Was everything a joke? What was going on?

‘What if I tell you, I’m not having any cancer?’ Akanksha looked at him and pressed her lips.

‘Tell me the truth, Akanksha, please! It’s killing me, you don’t know…’ Shrey was praying to God inside, that whatever the doctor said should turn out to be false!

‘Listen to me, Shrey!’ Akanksha said, and immediately, Shrey was all ears to her.

‘Wow! Why are you so attentive now? You never listened to me? You used to disconnect my phone without answering me, and you always did whatever you wanted to, isn’t it? Then why now?’ Akanksha chuckled and laughed.

‘Okay, here it goes. I’m sorry, Shrey…please forgive me! I planned out this prank, and the doctor who met you outside, she’s a fond friend of mine and she’s also your mother’s gynaecologist. Mom brought me to her for a regular check-up a few weeks back, and so we became friends.’

‘What do you mean? You all planned this out? Even mom is involved?’

‘Ummm…yes! We just wanted to show you, that only you are not the one who can trick and fool us all!’ Akanksha started laughing.

Their parents heard her laugh from outside, and everyone joined in.’

‘Haha…see Shrey? How are you feeling now? Have some water son!’ his mother teased him.

Shrey was sitting with an angry face.

Shrey rose up and banged his fist on the table on his side, ‘You don’t know I almost had a heart attack tonight!’ and Akanksha’s wedding ring flew away from the table, and landed in her lap.

‘I’m sorry…please forgive me?’ Akanksha held her ears, ‘Let’s patch-up now…come-on’ Akanksha gave him the ring, and asked him to slip it into her finger. Shrey got up and refused to do so.

‘This was the limit, you know? Even I don’t plan such filthy and pathetic pranks!’

‘Let’s celebrate our first fight, what say?’ Akanksha placed the ring on his palm.

Shrey was unmoved and still acting like a stubborn bitch.

‘Please forgive me, baby…if not for me, then for our baby?’

‘WHAT?’ another surprise came striking Shrey right into his head.

‘I’m pregnant, Shrey…you’re going to be a father soon!’ Akanksha got up on her knees, and hugged him tight. Their parents clapped.

‘Everyone knew about this? But not me?’ Shrey was confused.

‘Yes, everyone knew that I was pregnant, but we wanted to plan a different way out to break this news to you, sweetheart…’ Akanksha kissed him on his cheek.

‘Wait…hold on…’ Shrey held his head and sat on the bed, ‘Tell the doctors to arrange another bed in this room. They’ve got a seriously sick patient this time!’

Everyone laughed, Akanksha kissed him and they both hugged.

‘I won’t forget this night, ever in my life! And all because of you, little one!’ Shrey pointed towards Akanksha’s stomach, ‘I wonder how many more troubles he will bring once he’s out!’

Akanksha slapped him on his arm, ‘It can be a daughter also!’

‘Doesn’t matters what, but it sure is really dangerous! You better stay inside, buddy! Your father is already half dead…’ Shrey placed a hand on her stomach.

‘Stop it Shrey…’ Akanksha spoke, and Shrey hugged her and slipped the wedding ring in Akanksha’s ring-finger.

‘I love you, sweetheart…’ said Akanksha.

‘And I love you both…’ Shrey said, and kissed Akanksha’s stomach.