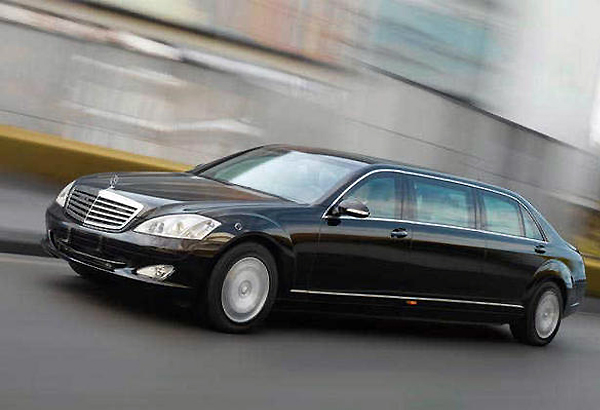 The meeting was totally secretive, nobody knew about it except for Akanksha.

‘Natasha is pregnant, and you are the father!’ Shrey spoke and sat down. Jayant, who was sipping some cold coffee stared at him in astonishment.

‘You heard me right, dude! Either you accept her, change your habits, your lifestyle and marry her or surrender yourself to police and rot in cells!’

‘Do you know who my father is?’

‘Do you know, who I am?’ Shrey folded his sleeves, ‘Natasha is like my daughter and don’t you dare walk away like that, you irresponsible piece of shit!’

Jayant was aware about Shrey’s financial power and approach. He knew that messing up with him could cost him way too much this time. Half of the city supported the Chauhan’s while Jayant was already famous for his promiscuous image! People wanted the Sahni’s out of politics, because the whole family was full of corruption. Jayant knew, that this trouble could uproot his entire family from the city.

‘Okay, I can give you money…’ Jayant took out the cheque-book.

‘Fill the amount YOU need, bastard!’ Shrey threw a blank cheque on his face.

Jayant was confused. He had no answer now. He tried to get up and walk away.

‘You walk out without an answer, and you won’t be able to reach home alive!’ Shrey said.

Jayant looked around, the café was surrounded by Shrey’s men and body-guards laced with weapons, who could even kill Jayant on his one signal.

‘Dude, this is getting serious now. Let me talk to my father first, you can meet me at my home in the evening…’

‘You think I got nothing else to do? Want to get out alive? Call your father here, right now!’

Jayant knew, arguing wasn’t the option, so he dialled his father’s number and called him at the café. Within a few minutes, four big SUVs screeched to a halt in front of the café. Mr Sahni got off the black car with three men surrounding him.

‘Hello son!’ he met his son who looked freaked out. He told his father everything that happened, and Mr Sahni slapped Jayant in front of Shrey.

‘I’m sorry, Shrey! My son is one hell of a jerk. He’s a useless piece of crap I’ve given birth to. Even I’m so ashamed of him at times.’ Mr Sahni tried to negotiate with Shrey.

‘I know Mr Sahni, this slap can gain you so many votes in the coming elections, right? But this isn’t a political drama going on. It’s my daughter’s life which is on stake! Natasha is my sister-in-law in relation, but I consider her to be my daughter. Your daughter is also married in Canada, right? What if this would have happened to her?’

Mr Sahni boiled with rage. He understood the seriousness and intensity of the situation.

‘What can we do for you, Mr Chauhan?’

‘I want him to surrender tomorrow morning, for the murder and rape cases that are tarnishing your image since past few years now!’

Mr Sahni remained quiet. On one side, his son’s life was in jeopardy while on the other side his seat and votes for the upcoming election. His political mind worked and he agreed to Shrey’s demand.

‘He will surrender tomorrow morning, you have my word, son!’ Mr Sahni said and went away.

‘Remember, tomorrow morning, 7am! If he gets even a second late, I’ll myself escort the police to your home with a legal warrant, and you know I don’t need any solid case against you, it won’t take me seconds to form one! Elections are just months away, and if anything happens now, you’ll be finished!’

Shrey came back with a lighter heart. He knew that marrying Natasha to that rapist would be the last thing he would do. Sending him to jail would justify his crimes to some extent. He came back to hospital and told everything to Akanksha. She supported Shrey, as usual.

‘Yes, maasi and uncle even talked to her!’

‘How is she feeling? Did they scare her?’

‘I don’t know what they talked about, but when I met her, she was crying, and she’s crying since then. She’s feeling regret for her wrong decisions. She’s asking for forgiveness.’

‘Let me talk to her…’ Shrey went inside.

‘Hey, sweetie pie!’ Shrey placed a hand on her forehead.

Natasha turned her face to the other side. She was crying. She couldn’t face Shrey at all. She knew how much he supported her despite her wrong decisions, while she was the one who tried to break Akanksha and Shrey apart.

‘Hey, hey! You don’t need to cry…you’re our princess!’ Shrey hugged her.

‘I knowingly texted you that day that we were meeting up Jayant; Akanksha told me not to tell you, but I still did. Please forgive me!’

‘Its okay, we all make mistakes! Besides, I thank you for that! You brought me and your sister closer…’ Shrey said and Natasha felt ashamed of herself. She understood that guys like Shrey were rare and not everyone was as accepting and understanding as Shrey.

‘Now tell me, how are you feeling?’

‘I’m fine, Shrey. I want an abortion. I signed on the papers too…’

‘Alright, nothing will happen against your wish, alright? And Jayant is going to surrender tomorrow. Do you still love him?’

‘Don’t take his name Shrey. Let that bastard rot in hell, as far as I care!’

‘I told that scoundrel that I missed my period last month, but he never cared. I was sceptical about being pregnant, but he said he won’t support me if I am positive!’ Natasha cried badly.

Shrey had no words. This was something private that Natasha was sharing with him, and he felt uncomfortable in continuing the conversation furthermore. He called Akanksha inside, who consoled and supported her for next few hours, and in the evening when Natasha was discharged from hospital, Shrey and Akanksha came back to their home.

‘I’m just waiting for some breaking morning news now! I want to see the shame and guilt on that bastard’s face when he surrenders!’ Shrey woke up early morning, for the first time in his life to see Jayant’s surrender.

‘Bloody hell! He did that all on purpose, not only to avoid me, but to gain some sympathy votes as well!’ Shrey banged the TV-Remote on the opposite wall and Akanksha woke up with a jerk.