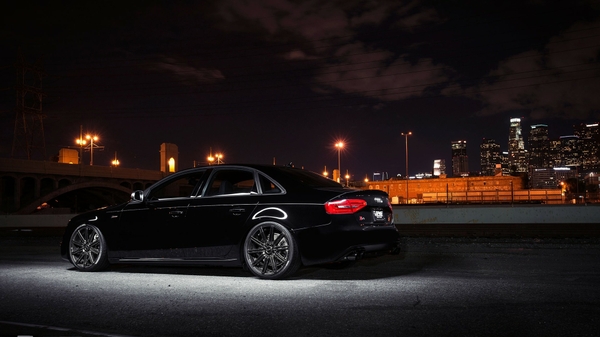 ‘Okay, so, I and Abhinav were classmates since fourth standard, pretty young I know! But this bastard had girlfriends even then. He taught me the art of impressing girls, and making girlfriends, and my first girlfriend, in ninth standard, left me for him!’ Shrey gave a standing ovation to Abhinav and laughed as he shared his old memories.

Akanksha wasn’t liking it, being his wife, and lover, she wasn’t liking being semi-ignorant about his past, and sitting their, listening to the tales and adventures of her husband, as if it was someone else!

‘Okay guys, you wanna see the roof?’ Akanksha tried to divert the topic.

‘No! I’m not interested in seeing any roof, I want to listen to their stories tonight!’ Natasha delightedly commented. Akanksha frowned, but didn’t say anything, and Shrey continued.

‘Okay then, we were in fourth standard when we became friends, his father and my father were business partners, so we often visited each other’s houses. School life passed by without any great or legendary memories, but college was something I can never forget!’

‘Why?’ Natasha was now getting interested in their story.

‘Because we were torn apart into different countries in our college…’ Shrey chuckled, ‘In college where I chose to serve my motherland, this bastard went to London and enjoyed some white chicks…oops…sorry!’ Shrey realized the presence of two women and immediately shut up.

‘Whoa! Nice, you continue further, Abhinav. I’ve listened to Shrey’s college life many times, about his flings, his twelve girlfriends…’

‘Seventeen girlfriends, Natasha, correction!’ Shrey winked, being proud of himself, while Akanksha was giving him ‘I’m-so-not-going-to-spare-you-this-time’ look.

‘Yeah, yeah! So, Abhinav, you narrate your story, alright?’

Abhinav began and told them his story in short, his uncountable flings, and affairs with white, black and Asian origin girls, a girl who was serious for him, a girl he was serious for, and the list went on and on. Akanksha was almost sleeping, but she pretended to be interested in that guy and his stories.

‘And, then I told her, ‘I love you’, and found out that she was getting married next month. My heart broke into pieces. I thought I’d never be able to recover again, because she was the only girl I was serious for…’ Abhinav looked down, Shrey sipped his beer and Natasha consoled him, while Akanksha was constantly looking at Shrey with her ‘Take-Me-Somewhere-Else’ smirk.

‘It’s okay, you know? Life gives you a second chance, always! It’s only up to you, how you take it.’ Natasha smiled.

‘Yeah, like life gave me a second chance, and history repeated itself?’ Abhinav raised a brow. For a moment, even Shrey didn’t understand what he was saying, but Natasha got it, that he was flirting with her. She was also going to get married within a month, which was referred to history being repeated!

‘Great! So am I. Now shall we go the roof for dinner? I bet it’s all there!’ Akanksha yawned.

‘I think I’m full…’ Shrey placed his eleventh empty beer can on the side.

‘And still you are having a full plate of dinner, right?’ Akanksha pulled his shirt’s collar and Shrey got up. Reluctantly he walked to the roof and sat down at the table.

‘I’m telling you sweetheart I’m full. See I even developed a pregnant tummy!’ Shrey showed his big stomach to her.

‘This isn’t an excuse, Mister!’ Akanksha filled his plate with small bites of everything.

‘Really? You think you’re filling that up for me? I’m a human, sweetheart not a tanker!’

‘Oh yeah? You’re a human? Then why do you drink like a tanker?’ Akanksha filled his plate with more rice.

‘I wonder how can you drink that much then?’

Amidst Akanksha and Shrey’s never-ending argument, they almost forgot about Abhinav and Natasha, who were doing nothing, but sitting there like idiots, witnessing a bickering couple.

‘Okay, so, if you guys are done, can we also have something?’ Natasha pointed them out.

‘Of course, refree…’ Shrey passed her the plate.

‘What about me, dude?’ Abhinav snapped.

‘Here, goalie…’ Shrey passed another plate and they all shut up, and started eating quietly. The dinner was tasty but it was a burden to Shrey who had already drank too much of beer to accommodate anything at all.

‘Ugh! Have some manners, Shrey!’ Akanksha covered up her mouth.

‘It’s entirely, your fault. Along with my diet, you’re messing up with my manners too…ouch!’ Shrey placed a hand on his stomach, which had now started aching because of overeating.

‘Come, have a walk, you’ll feel better…’ Akanksha held his hand, and they went for a walk on the rooftop only.

‘Can I piss in that corner?’ Shrey pointed towards a beautiful fountain on the corner of the terrace.

‘Hell, NO! This is my farm house, and this is my rooftop, don’t you dare…’ Akanksha pointed a finger.

‘My bladders will burst…give me a second!’ Shrey ran off downstairs.

‘So, what do you do?’ Abhinav asked Natasha, gaining the free moment as a reward.

‘Nothing, I came back from Dubai, few weeks back, and I was studying there. Course completed, so I’m back!’ Natasha smiled.

For a moment, they both were lost into each other’s eyes, that Shrey and Akanksha’s voice disrupted them.

‘Shrey is saying he can’t drive, can you drive us home, Abhinav?’ Akanksha said.

‘Of course! It would be a pleasure…’

‘I met Nitin in Dubai, he was a senior to me in college there. He lived there only, and soon we became good friends, and well, the rest is history!’ Natasha didn’t like talking about Nitin much, reason unknown.

‘Nice, short and sweet story, I like it…’ Abhinav said, without looking at her. He was focused on driving.

‘What about you? Aren’t you serious for anyone at the present time?’

‘Well, me? Nah! I haven’t met the girl of my dreams yet. Every time I misunderstand someone to be of that level, I’m disappointed!’

‘Really? So, what is the girl of your dreams like?’

‘Aah, you must be thinking I’m talking about some fairy tales where I’ll define her beauty and physical appearances, but believe me, I don’t expect anything outstanding. Just a simple homely girl, who can take care of me, and my family, my sick mother, and who is truthful, faithful and honest with me. That’s the girl of my dreams!’

‘Bastard…that surely wasn’t the girl of your dreams a decade ago! What about the 36-24-36 stats, you asshole?’ Shrey interrupted.

‘Hey! Why are you listening to us? Can’t you keep fighting?’ Abhinav frowned.

Everyone laughed. They reached home. Abhinav bid them a goodbye and drove away in his car. The evening ended beautifully, and left a lasting smile on Natasha’s face…