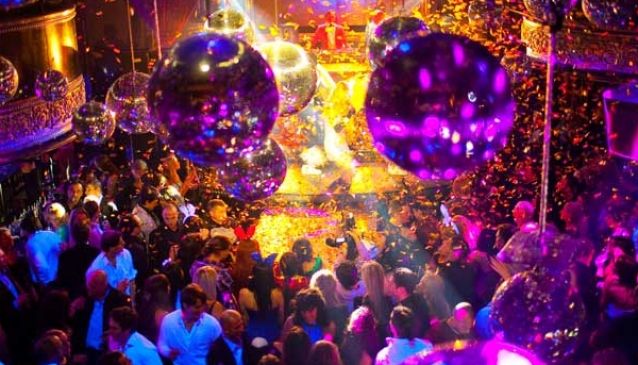 ‘ID?’ a giant muscular bouncer stood tall in front of the pub door.

Shrey showed his membership card, and they all were immediately given VIP treatment. They were escorted to first floor’s balcony by two bodyguards, where only selected members were allowed. The DJ played requested songs and all the delicacies were served free whole night.

‘This is a superb place, Shrey! Thank you so much!’ Natasha was overwhelmed. Whenever she was with Shrey, she always received world-class treatment, she felt like she was on cloud nine.

Akanksha had also initially felt the same, but now, in these 2 years of marriage, she was used to it completely.

‘And here’s your gift…’ Shrey passed a black coloured box to Natasha.

‘For such wonderful news about your alliance, and for coming here; this is from my and Akanksha’s side!’ Shrey smiled and signalled her to open it. Natasha opened the box and found Vertu TI.

‘Hell NO! Is this the same phone…’

‘Which was launched at a whooping price of 6.5 lacs in India? Yes!’ Akanksha smiled.

Natasha almost jumped on Shrey and hugged him. He patted her head.

‘Why do you do this Shrey? So damn expensive presents, every time?’

‘For this…’ Shrey pulled her cheeks, ‘I do this for this lovely smile of yours…’

‘Thank you so much for this night, and this phone guys! I love you both…’ Natasha collectively hugged them again.

‘This is too much of emotional drama now. What about some dance?’ Shrey held Natasha’s arm and dragged her to the dance floor.

Akanksha followed them and they danced for over two hours. Shrey had numerous amounts of Vodka and Tequila shots. He even forced some shots down Akanksha’s throat, despite her resistance. Natasha also enjoyed unlimited drinks to the fullest and was drunk in initial two shots only.

‘I’m not liking it, Shrey. Let’s go…’ Akanksha was feeling a strange rumbling in her stomach. Maybe because she drank for the first time in her life or maybe because she was nursing her kids and alcohol is bad even in post-pregnancy era.

‘Yeah, we’re leaving soon, Sweetheart…come-on Natasha!’ he dragged Natasha to the dance floor again, who was already drunk. Akanksha found a comfortable place, and sat down, holding her head in her hands. It was almost 2am, and Shrey and Natasha, both were badly drowned in music and dance. Akanksha was sitting alone for over half an hour now. Shrey totally forgot about her, as he was enjoying after almost a year now. While Akanksha was pregnant, and even after the babies were born, Shrey didn’t attend even a single party, just to be with Akanksha. This was his chance to enjoy, tonight!

‘Shrey…’ Akanksha’s voice was inaudible to Shrey because of loud music. She waved at him, but he didn’t see her. Meanwhile a drunken guy came and sat beside Akanksha. Noticing a girl, sitting alone, for over thirty minutes, gave that guy a wrong notion about Akanksha. He thought that she was single, and he could try his luck.

‘Hey, beautiful! What’s your name?’ the guy initiated the conversation.

Akanksha looked at him, the guy was over six feet frame for sure and had a toned body. He was wearing a greyish-black crisp business suit. Who wears a suit in the pub? Akanksha thought. He was handsome though, but not more than Shrey. Akanksha showed him the ring in her third-finger, ‘I’m married…’

‘Yeah, yeah! All girls say that to shoo guys off. But I’ll not be mistaken, miss. Myself Abhinav, Abhinav Srivastav, I am the manager of this pub, what about you?’ the guy put forward his hand.

Akanksha shook his hand reluctantly, ‘Myself Akanksha Chauhan, and I am not fooling you. My husband is on the dance floor, dancing with my sister.’

‘Oh! Right…husband dancing with sister, and who are you waiting for?’

‘Nobody! My head was aching because of this loud music, I’m just resting for a while. You’re the manager, right? Why don’t you lower down the volume a bit?’

‘I’m the manager, not the owner, and the people over there’ Abhinav pointed his finger to the dance floor, ‘They’ll kill me if I lower the volume. But I do have a cure for your problem, wanna go out for some-time? You may feel better?’

‘No, thanks. I really don’t think leaving my husband, and roaming with a stranger in the middle of the night, is a great idea! See you some other time, guy…’ Akanksha got up.

Shrey saw her and the guy. He immediately ran towards her, ‘Hey, sweetheart, I’m sorry, I left you alone, are you okay?’

‘Yeah, I’m fine, I just want to go home and take some rest. Shall we leave, Shrey?’

‘Wait, are you, Shrey Chauhan?’ Abhinav said, and Shrey instantly turned his head to see who it was.

‘Abhinav Srivastav?’ Shrey was puzzled for a while.

‘Asshole! What the fuck are you doing here?’ Shrey hugged him tight.

‘Buddy I returned last year from England, Mom wanted me to settle here, so I joined this club, and I’m the manager here.’ The guy smiled. His smile was undoubtedly seductive.

‘Awesome! I am coming here after almost two years. After marriage, clubbing and parties are occasional treats, you see? The previous manager was also a friend of mine by the way. Akanksha, meet Abhinav, he’s my childhood friend!’

‘We’ve already met. So, you were right! You are actually married…hard luck!’ Abhinav sighed.

‘What? Stop flirting with my wife now, you didn’t spare my any girlfriend, at least spare my wife you fucker!’ Shrey punched him lightly on his chest.

‘Hahaha, hello Akanksha…’ Abhinav shook hands with her once again.

‘And this is Natasha, my sister-in-law.’ Shrey introduced Natasha, and they both shook hands.

‘You’re beautiful. I hope you are single?’ Abhinav tried his luck once again.

‘Haha, hard luck, buddy! I’m about to get married in a couple of months…’ Natasha laughed.

Akanksha’s head was about to burst now, ‘Shrey…my head is aching too much, please, can we go?’

‘Alright sweetheart…sorry Abhi, I have to leave. Do one thing, come home tomorrow, we’ll have fun.’

‘Done brother! Alright, see you all tomorrow then, good-bye…’ Abhinav waved them off. They all went home and Shrey immediately put Akanksha to sleep. Natasha was given the guest room, and Shrey lied down with Akanksha in his room.

‘Sweetheart…’ he whispered in her ear.

‘You looked gorgeous today…I love you…’ Shrey hugged her tightly.

‘Thank you…I love you too…’ Akanksha kissed his lips, and they both slept.