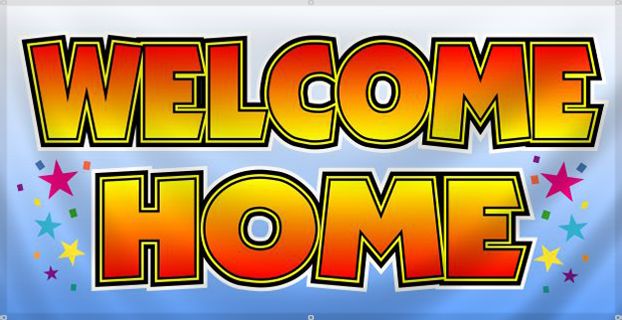 Shrey got the entire home decorated within two days, as Akanksha was getting discharged from hospital today.

‘Check the lights in my room, yeah, and I want the baby-room to be decorated with softer lights. What about the candles?’ Shrey was listing and checking various things he ordered for.

‘Okay guys, I’m going to hospital to get Akanksha, you know what to do, right?’

Everyone nodded, and Shrey left. The team went back to work as there was still a lot to be done.

Akanksha, the babies, and their whole family, arrived home within a few hours. The group Shrey had selected for preparations, all wore white T-Shirt, which had a big ‘WELCOME’ written on them, and blue jeans which were adored with cartoons. They opened the door with a big banner in their hand, which stated, ‘WELCOME HOME!’

‘Oh Shrey! You planned all this?’ Akanksha smiled at Shrey, and he winked.

As they took a few steps towards the lobby, a huge three-tier cake was presented before all of them, a cake which had a mother, holding two babies in her arms. Everyone around them, started singing welcome songs to please the mother and babies.

‘Come-on, sweetheart, cut the cake…’ Shrey handed over the knife to Akanksha. She held Shrey’s hand, and they both collectively cut the cake.

The babies were handed over to their new nannies. Shrey had personally interviewed a bunch of girls as nannies of his sons. He wanted caring and loving girls, who could raise his sons well. He got CCTV cameras fitted inside the babies’ room, so that he could keep a check upon the nannies 24/7. Akanksha required a full time rest, and handling two babies was a task, next to impossible, so the two girls appointed by Shrey minted huge amounts of money too. But Shrey didn’t care as far as his sons were getting the best care of the world.

After cutting the cake, Shrey and Akanksha went to their room. Shrey held Akanksha from her waist gently, pulled her towards him, and hugged her tight.

‘You have no idea, sweetheart, how much I’ve missed you! And now the tummy is gone, I can properly hug you…mm…come here…’ Shrey hugged her so tight that for a moment Akanksha almost lost her breath.

‘Careful Shrey, my body isn’t back in the previous shape, I need a lot of time to recover…’

Shrey loosened his grip, and kissed her lips.

Shrey started kissing her face, her neck, her shoulders.

‘Stop it, Shrey. I can’t have sex now, I need at least two months more to be normal.’ Akanksha cupped his face and kissed his forehead, ‘please baby, only two more months…’

‘Names of the babies, for heaven’s sake!’

‘Umm…didn’t think, you have anything in mind?’

‘Hmmm, intelligent girl, I also thought about something. We can name the second boy ‘Shark’, S, H and R from my name, A and K from yours!’ Shrey raised a brow and Akanksha slapped him on his arm.

‘You can never be serious, can you? Shark? Really?’

‘It’s too similar to Akshan, something else, maybe?’

‘No! I want them to sit together in school in exams. If they’ll have similar names, they’ll have adjacent roll numbers, and they can easily copy from each other! Perfect!’

‘Aksh is final, I don’t care about anything else. I know how I used to pass my subjects in school…’ a sad expression was visible on Shrey’s face, and Akanksha changed the topic.

‘Hold on, what about Nirvaan?’

‘No more nonsense, Shrey…Akshan and Nirvaan are final. Akshan for the elder one and Nirvaan for younger.’

‘I don’t know, choose whatever you want, and then tell me, I can hardly make out who’s younger and who’s elder, they both look so same.’

‘Shrey! Don’t talk like that, they’re different okay? Akshan is the one wearing pink tee and Nirvaan is wearing black tee.’

‘Wait, you made my son wear Pink? Really? Where are my babies? Where the hell is Akshan?’ Shrey ran to change his clothes. His manliness couldn’t see his son in pink!

‘Yes! You told two months, and today, two months are complete! Now I can get what I want, right?’ Shrey jumped into his bedroom from the window.

‘Shrey! God! Can’t you use the door? I thought it’s a thief, I was about to blow the alarms…gosh!’

‘Alright, I appreciate you waited for so many months, the boys are asleep in their room, and I don’t think anyone’s gonna disturb us tonight…’ Akanksha smiled naughtily.

‘Then, what are you waiting for? Come here, sweetheart…’ Shrey jumped on the bed, and grabbed her. He hugged her, kissed her, bit her, licked her, sucked her, and made her feel like the most special lady of the world. They were so engrossed in each other, that a simple one-time love making session, was converted to a passionate sex that went on for whole night.

‘Phew! It’s 5am Shrey, good morning! What happened to you last night, huh? Five times! I mean, you broke your own record, dude!’

Shrey was dead tired to respond.

‘Damn-it, just look at yourself, why Shrey? Why do you do it?’

‘Sweetheart, sleep…’ Shrey mumbled and dozed off. He was sleeping for the entire next day, while Akanksha also kept lying next to him, taking few breaks to take care of the babies and feed them, apart from that, she was also wrapped in his arms for the entire next day! The missing spark was brought back once again…