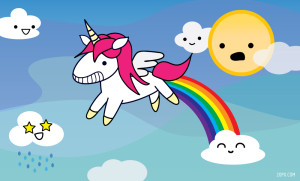 It was Sunday, and Natasha was ready with her packed bags and was leaving for her home.

‘Hey, where are you going? Eloping with that asshole Abhinav?’ Shrey bit a crunchy apple and asked Natasha.

‘No! I’m not going to marry by running away, cowards do that! I’m going home, facing my parents, telling them that I’m not marrying Nitin at any cost and I’ll talk to mother about Abhinav. God…’ Natasha held her head.

‘Shrey…all the guys in my life, I feel like a slut!’

‘What did you just say? Say it again…LOUDER!’ Shrey never liked Natasha talking about herself in a shabby manner.

‘I’m sorry, but it’s true, don’t you think so? Jayant used me and threw me like a tissue, even when he knew I was carrying his child. Then Nitin comes and plays with my feelings, and now Abhinav. Why can’t I simply settle down and be happy?’ Natasha had tears in her eyes.

‘Hey babe, come sit…’ Shrey took her to the couch.

‘Listen, first of all remove this notion from your birdbrain that you’re an unrespectable lady or whatever. If you will not respect yourself, how can you expect someone else to respect you? Talking about Jayant, he was a mistake, a blunder! Forget him like a nightmare, Natasha. Talking about Nitin, he is a sweet guy, as far as I’ve met him, but not your type. It’s still okay, mistakes happen! And you can’t know a person just from his appearance or the first meeting. Maybe I’m mistaken about Nitin, maybe that guy is nurturing some serious shades of grey inside, but who cares as long as you’re not going to have any relation with him in future! And now, talking about Abhinav, I know him very well since childhood, and that guy deserves a girl like Akanksha. He’s so good! He lost his father at such a young age, and that’s why he’s so mature and sensible. I behave childish at times, but Abhinav is extremely sorted out person, he’s a man of word and he respects women a lot.’ Shrey had made his point, now it was up to Natasha to decide.

‘I think you’re right, Shrey. I should forget everything and think about my future if I want to be happy. Past can only bring tears and sadness, it’s better if I forget it like a nightmare. You’re the best brother-in-law Shrey…I love you…’ Natasha hugged him tight, picked up her bags and left for her place.

Akanksha had already hinted Natasha’s parents about Natasha and Nitin’s problems, and Natasha’s mother wanted her daughter to choose a right person this time. They didn’t want her to repeat her previous mistake again, by trusting a wrong man. Natasha was determined to first talk to Abhinav about everything, and if things are settled between the both, then they’ll talk to their families about the alliance.

Shrey and Akanksha could only hope for things to become better for Natasha.

‘Shrey, today I want you to help me clean the room of the babies.’

‘What?’ Shrey reacted as if someone woke him up from a deep sleep by throwing a bucket full of water on his head.

‘Yes, you heard me right. You and I will clean the room today, I can’t change those wallpapers, you have to do that, alright? Those blue green wallpapers you brought for the boys are all dirty now, I ordered new wallpapers today and you’ll be sticking them up on the walls.’

‘Why me? Can’t you pay the paint-shop guys? They’ll do that…’

‘Who’s the father? You or the paint-shop guys?’

‘Fine…’ Shrey made a face and got up. His plan of getting a long hot shower was crushed to pieces.

‘Are you serious, Akanksha?’ Shrey took his wife’s name, he was genuinely serious this time!

‘You bought these peach and pink wallpapers? Are we having twin girls?’

‘Ugh! Shrey, why do you always associate colours with gender? Guys also wear pink, and besides, these colours are softer and better for the babies, not like those bright blue and green shit you bought last time.’

‘Okay, tell me one thing, if tomorrow, your son confesses to you, that he’s gay, what will you do?’

‘How can you say that, Shrey?’

‘Because I know, he’s my son, and my sons are masculine!’

Akanksha slapped her forehead. When it came to his sons, Shrey was seriously a child himself.

‘If you ask me the same question, I’d have no problem if my son comes to me and confesses something about his preference. Shrey, you’re the one who taught me that you should live a life of your choice, and not of someone else’s. When we were on our first date, you remember that time? You were the one who so frankly and easily asked me if I didn’t want to marry you, because you thought I was pushed into it by my parents. How can you change when it’s for your sons?’

‘Sweetheart, my sons are my pride…’

‘Being a gay will reduce your pride? You think so? I’ll be even more proud for my babies, at least they accepted the truth and came out of the closet, instead of rotting inside forever and spoiling their lives because their father’s ‘so-called’ pride was at stake.’

‘Why are we discussing all this? Our kids are too young to even think about such things…’

‘Don’t run away from the discussion. It’s important for me to know.’

‘Alright, listen. I don’t know what will be my reaction at that time. I don’t know what will I say to them if they confess such a thing. Maybe right now, I’m too possessive for my boys, and maybe it will change in future? Maybe I’ll start a ‘coming-out’ campaign in my city for all the homosexuals, who knows? You know we’re supporting homosexuals in every way right now, you know how much donations the Chauhan’s are giving, right? You think I won’t support my boys? It will hurt me for once that they can’t have a wife, or babies of their own, but in the end, if they’re happy, I’ll be happy as well. At least I won’t go to my grave with regrets that I made my boys’ life hell because of my fake pride or so-called reputation? No reputation, or pride, is important that the happiness of my sons.’

Akanksha was overjoyed to listen to the liberal views of Shrey. She knew that a father like Shrey was like a needle in the hay, hard to find and very rare!

‘Alright, good-daddy! Time to stick the wallpapers.’ Akanksha picked up the glue bucket and the nannies vacated the boys’ room. Shrey and Akanksha started with removing the wallpapers and then sticking new ones. They could’ve paid their man-servants or the paint-shop guys to do it, but the time they spent together, and the laughs they shared, would be missed.

Although Shrey was a lazy-ass himself, but he always worked for Akanksha, he loved her, for she always arranged something to do together, so that they can spend some time alone and simply talk…