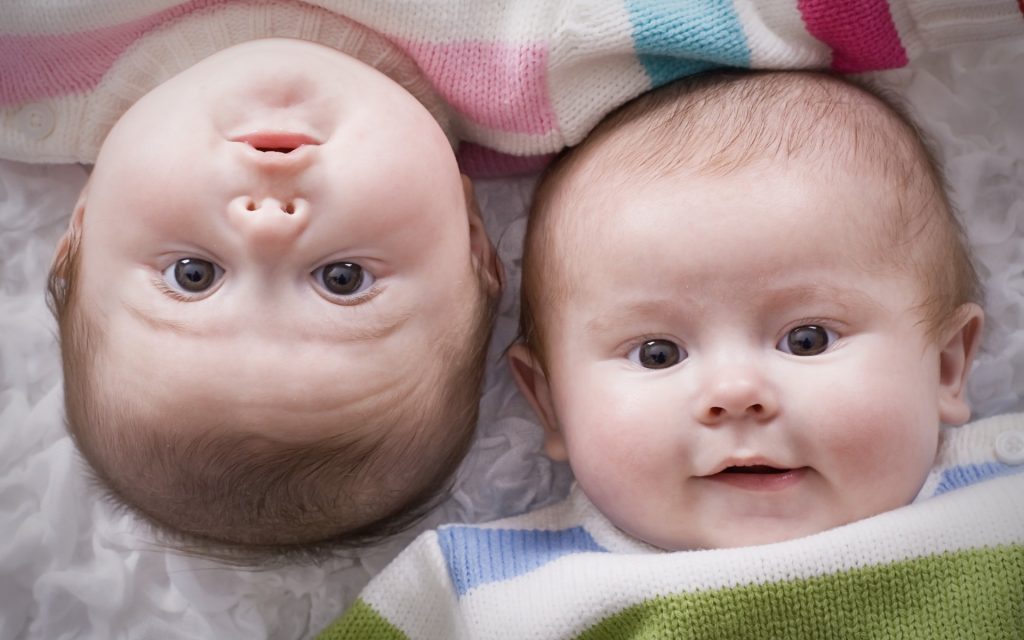 ‘Dude, forget about the past! Tell me, is she over it?’ Abhinav finally spoke after minutes of awkward silence.

‘Pretty much, but listen, she’s like my child, don’t mess with her feelings. Jayant is still rotting in jail and…’

‘Whoa! Don’t scare me asshole. I’m anyways serious this time, and that too, pretty badly.’

‘Good for you!’ Shrey said and walked away.

He reached home where Akanksha was changing the babies’ clothes.

‘Hello, wife!’ Shrey removed his shirt and as usual, tossed it on the bed, ‘Hello baby…’ Shrey picked up the younger one, Nirvaan.

‘Ahem, Shrey, who are you holding?’

‘Aksh…wait, it’s Nirvaan, no, Akshan, okay I don’t know.’ Shrey calmly placed the baby on the bed, saw Akanksha’s face which was full of rage now, she seemed to have mentally braced up for a war. Stealing himself from her sight, he rushed into the bathroom.

‘Shrey! Come back here, right now! It’s been ten months, and you still don’t know your babies’ names? Shame on you, Shrey! You’re the worst father!’ Akanksha banged her fists on the door and walked away. She knew Shrey can’t be changed.

Akanksha walked down to get some milk from the kitchen, leaving the babies in Shrey’s room. She returned and saw Shrey, and both the babies, who were sitting in his lap. She saw her family from the door, and smiled. Her dream had come true. She thanked God for giving her all happiness. While she was gladly admiring her beautiful little family, she suddenly heard Shrey.

‘Look, boys…this is how babies are born, and this is exactly why you were born! Now thank your daddy? I was awake that entire night!’

Shrey had put on the video of their wedding. Akanksha could see herself climbing the stairs of the stage. Shrey was planning some mischief as usual. That old time revolved in front of her eyes, she sat beside Shrey and hugged him.

‘Love you too, sweetheart.’ Shrey kissed her lips and they both kissed for a few minutes. Their moment was interrupted by Natasha who knocked on the door thrice and coughed a million times.

‘Ummm…I am standing here, since past few minutes, and you guys were…umm…ugh, leave that. Actually, I wanted to tell you that, Abhinav called me up and has planned a meeting, or a date?’

‘Date? Really? Are you going? Where?’ Shrey stood up in haste and almost threw one boy on the floor.

‘Oh my God, Shrey! Can’t you be careful?’ Akanksha held the baby by an inch!

‘Shrey, be careful! Take a break, man! I am here to ask you guys whether I should meet him or not? And what did you talk to him, you didn’t tell me about your meeting with Abhinav yesterday?’

‘Come, sit Natasha.’ Shrey held her by her shoulders and walked her to his couch.

‘Listen to me, very carefully now. I told him everything, and he seemed to be okay with your past, provided it doesn’t bother you anymore. If you have moved on from Jayant and all that crap, then he’s ready to accept you, maybe that’s why he called you today, because he also has a doubt that you have a feeling for him too. But, Natasha, what will you tell that Nitin guy? Breaking up from a relationship of one year, and coming into another, just few months before marriage, you seriously think it’s a right thing to do?’

‘Shrey, I have told Akanksha everything, about how Nitin has been treating me since past few months. Things have been rough between us both, that’s why I never talked much about him, but I always thought that when the wedding will near, things will be fine, but I was wrong, Shrey. He’s behaving in such an arrogant manner, I can’t describe…’ Natasha’s eyes welled up with tears.

Shrey held her hand, ‘Natasha, you’re my darling right? Tell me everything, and don’t you dare hide anything, okay?’

Natasha started with her story.

‘I and Nitin were perfect when the relationship began, like an year ago. Things changed when I came here, around three months back. All of a sudden, he started controlling me. I told him that I went to Nirvana with you guys, that night, he fought and scolded me so badly, even insulted me in front of his friends, over there, I mean, he has never done it before. Then when I told him that we were going to Akanksha’s farm house with you and that Abhinav, he again fought. He told me not to go, but I still went, because this is my life! If today he’s so controlling, imagine what will happen after marriage? I want to live my life in my way, nobody can tell me what to do! I have listened to my parents for 22 years, and this is my time, I also have some right over my own soul. Nobody can control me now, I am an adult and a responsible person. I understand I made many mistakes, but I atoned for everything I did. Jayant was a mistake and I still regret it, but that doesn’t means I don’t have a right to live, or I can’t be trusted? He has so many doubts over me, my character, my life, everything! He wants me to return to Dubai and become his house-wife, which I am so not interested in…’

‘Alright! I got it, you’re totally messed up, that guy is behaving insane, but don’t take any decision in haste. Abhinav can become your mistake after Jayant, you never know. So, think before you take any step. I would suggest you, to talk to Nitin once, and tell him that you aren’t liking his behaviour, that he can’t control you. If he’s adamant, and fights again, you dump him right there. But if he says he’ll change and apologizes for his behaviour, you don’t dare dump that guy for someone whom you barely know! Got it?’

‘Thanks a lot, Shrey! You’re always the best…’ Natasha got up, kissed Shrey on his cheek, kissed the boys and walked away.

‘What do you think, Shrey? Is Abhinav the right guy?’ Akanksha was confused.

‘Well, I don’t know what’s right or wrong. I haven’t met Nitin, so I can’t say anything…’ Akanksha was still wondering that she felt something on her stomach. Shrey was hugging her from behind.

‘What are you doing, Shrey?’

He kissed on her cheek.

‘Please No! I have to feed the boys…get away!’ Akanksha pushed him, kissed him on his cheek and picked up Akshan.

‘That’s so unfair! Since the time, you’ve become a mummy, you love them more than me. They have all permissions and accesses to you, your body, and what about me?’ Shrey made a face.

‘Grrr…’ Akanksha shooed him away.

Natasha called up Nitin and broke up, as expected by Shrey, but the guy planned something dangerous for Natasha that particular night…