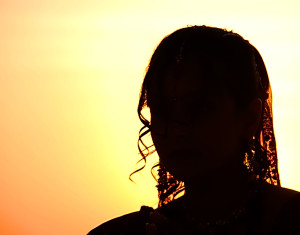 Your life is somebody else’s dream!

Ved was driving his car back to home from office. It was a hard day at office today, Ved was going through a bitter phase in his life. His girlfriend was getting married to someone else, she had no courage to fight for her relationship or to even admit that she was going out with a guy. Ved couldn’t do anything in this – when his girl wasn’t with him at all, what could he possibly do? He could only sit back and see what was going to happen. For the first time in life, he was the audience to his own mockery!

He stopped the car at a small pan-shop. It was his usual abode from office. He would stop there to chat a little with the panwari about his life which sounded better than Ved’s right now.

‘Here Ved babu. What happened? You don’t look like your usual self today?’ the panwari chewed his hand-made pan (betel-leaf) and asked Ved in his sarcastic manner.

‘Don’t ask bhai-jaan. Vidya is marrying someone else. How can I be happy?’

‘WHAT? How did this happen? And when? Aren’t you going to stop her? At least talk to her parents!’

‘I can’t do anything in this, bhai-jaan. What will I do? Walk up to her place and dictate that she’s mine? Walk into her wedding and ask the pundit to stop the chants, hold her hand and pronounce my love for her? Then what? She will refuse to come with me! She will shamelessly say ‘I don’t know him!‘ to save herself from the embarrassment. This is not a movie going on bhai-jaan, where the hero has all the superpowers, this is my life. My real life which is being screwed and I can’t do anything in this.’ Ved lit the cigarette and took a deep puff.

‘Girls are so unpredictable.’

‘So true, bhai-jaan. Vidya is simply a coward! If she knew that she wasn’t going to marry me in future, she wasn’t going to take a stand for me, why was she dating me? Why couldn’t she breakup earlier and save my life? I’m dying inside you know. Everyday at work, I feel like time is still. It doesn’t pass. I feel like throwing up, but when I walk to the washroom, I stand in front of the mirror for hours before I realize what’s happening to me. It’s all so painful.’

‘It will be alright, Ved babu. Life gives you hard time before you know how able and powerful you are inside. Just be patient. Your time will also come.’

‘Yeah, let’s hope so…’ Ved walked out with his pack of gold-flakes and drove his car to a highway. He wanted some alone time tonight. He was approaching the bridge now. He knew that it would be cold at night, but sitting there was still better than living this colder life. He stopped his car at a distance and walked to the railing of the bridge. From a distance he saw someone with shiny clothing. He looked closely – it was a girl, all dressed up, in her wedding dress, sitting at the edge of the bridge. He ran towards her, he thought she was committing suicide.

‘Hey! Hey, don’t jump! HEY!’ Ved ran as fast as he could. He reached the girl and clutched her arm tightly, ‘Don’t jump, don’t die, don’t kill yourself…’ he was panting and sweating. The cold wind couldn’t affect him.

‘What the hell! I’m not dying. I just came here to spend some alone-time.’

‘What?’ Ved thought how crazy she was. Dressed up as a bride, she came to this bridge in the middle of the night to spend some alone time.

‘Why are you…’ Ved paused for a breath.

‘Dressed up like a bride? Is this what you want to ask?’ the girl completed his question.

‘Give me that…’ she snatched his pack of gold-flake, lit up a cigarette with the lighter and took a deep-puff, ‘Well, I ran away from my own wedding. I did not want to waste my entire life with an old man, when I knew I could do so much more!’

‘Wow!’ Ved had never met a girl like her. Till today she thought all girls were like Vidya who would give in to their parents’ expectations and agree to their demands, ‘And no one knows you ran away?’ he asked her.

‘By now, I would be walking around fire with him, in another 2 hours I would be leaving for my in-laws place, and in another 12 hours, I would be naked in one bed with him. The guy would be trying to force himself upon me and I would be dreaming about Paris, Caribbean Islands, ruins of Egypt and rain-forests of Amazon, and all this while, my pathetic old husband would be trying to please himself for some half an hour before he would pass out and sleep on me!’

‘Wow! That’s a pretty graphic description of your future.’

‘Why are you laughing?’

‘My girlfriend, who ditched me for a guy her parents are finding for her!’

‘WHAT? Who would ditch you?’

‘Why will someone ‘not’ ditch me?’

‘Look at you man! You are handsome, undoubtedly attractive, you have…is that your own car?’ the girl pointed at his black SUV which was parked at a distance. Ved nodded. ‘So you have a personal car, that means you also earn decently well. What’s the issue?’

‘Amazing! I’m happy for you!’ the girl smiled at him.

‘What?’ Ved was surprised.

‘Of course. Had you married her forcefully, you would have added a life-time of disgrace, a lifetime of unnecessary drama where your wife would everyday say that had she married someone of her own caste, her life would be so much better, her parents would always treat you as an outsider, there would be so much formality in your relationship with her and her parents, and they would never treat you as their own, and so much more shit! So it’s good, she left you on her own, you know. And saved you from getting all that in return!’

‘You are funny. How quickly you make mental scenarios. What if that was not the case? What if we were happy?’

‘But now that you are not with her, you can think that – that would be the case in future, and be happy that it didn’t happen!’ the girl smiled.

‘You have so much positivity inside you.’ Ved laughed harder.

‘I do. And I think everyone should.’ she threw the cigarette-butt into the water and asked Ved for one more.

‘You are one hell of a smoker! I don’t smoke more than 2 cigarettes a day, and look at you!’

‘Well, I never smoked at all, before today.’

‘WHAT?’ Ved was shocked.

‘Yeah, this is my first time.’

‘Then why are you asking for more?’

‘Because this is probably my last time too. I may never touch cigarettes again.’

‘What? Are you alright?’

‘Yeah, today I have a done a lot out of the ordinary, a lot that I might not do again in my life, so why not try cigarettes as well?’

‘Right! Breaking the stereotypes. Here you go!’ Ved offered her one more. She took a deeper puff this time.

‘For future!’ Ved pressed hard on the word future.

‘You know there was a girl, who planned everything. Who planned that she will complete her education by 22, get married at 23 to a guy her parents will find, but then nothing worked according to plans. Just an hour before her wedding, her would-be-husband told her that he’s in love with someone else, but he is marrying her to save his family’s reputation. The girl was shattered. But before she could settle in, for that compromise of a lifetime, she ran away. She ditched her plans. And she decided that from now onward, she will never plan anything! That girl is now sitting on the edge of a bridge, with a strange-guy at 03:30 in the morning, smoking cigarettes and having a random conversation about life and plans. And she knows one thing – that this moment is amazing – and that this moment, is not a part of the plan!’

Ved lit a cigarette. After such a heavy conversation, he needed something to keep him light. He smoked without saying anything, she smoked without speaking anymore. They didn’t know what their future was, but they knew one thing – that plans were stupid. If they were good at anything, they were good at just binding you in one place, but to reach somewhere, you need to walk out from somewhere else, and life was not a stagnant moment. It was an ever-changing thing, and plans – were disastrous for life!