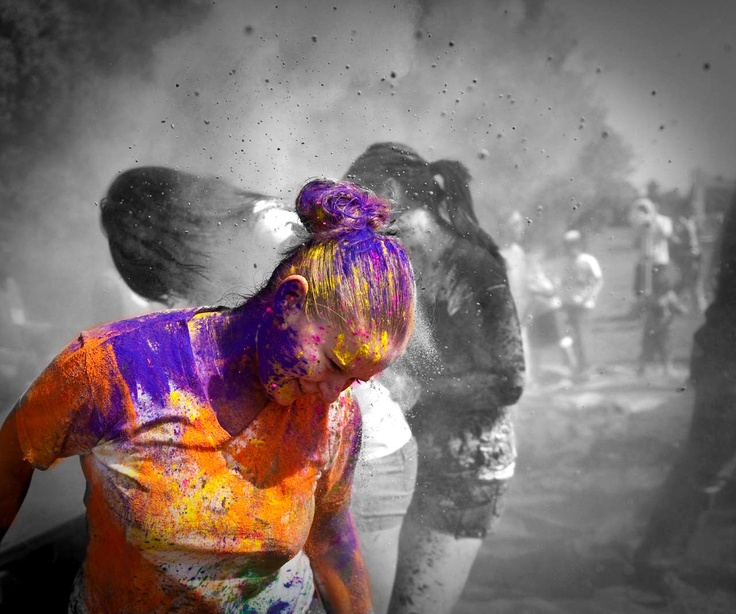 He was taken from hostel to home for he had given exams of tenth standard. He wished to do engineering, so for science and maths, he preferred to stay at home and not in the hostel in the hills.

Hostel was no doubt a calm place, but he missed his mother and the homely food constantly. Moreover, 10 years in hostel was no less than an exile for him, and this time even his parents agreed to his decision of returning.

The final board exams were over since a few days and he expected a decent score for he had studied hardest this time. Tomorrow was holi and his parents wanted him to spend sometime with the colony friends – people whom he met hardly once a year, in his summer vacations.

He refused and decided to watch TV and eat his mother’s famous delicacy – gujiya – instead, but his father insisted, for it was first time that he was here with them on Holi. The boy somehow agreed and in the evening, went for some shopping. He knocked on the spooky door and an old man came out, crouching on his crutches. He asked him what he wanted to which the boy pointed at a colour packet from far away.

“Which colour son? I’m handicapped and can’t hold each one of them for you!” he said.

The boy was confused. He pointed at another one now, asking him to pack it for him. The old man again asked the same question – The Colour.

The boy replied, “Doesn’t matters, every colour looks the same to me…pack any of them. I’m a colourblind…”