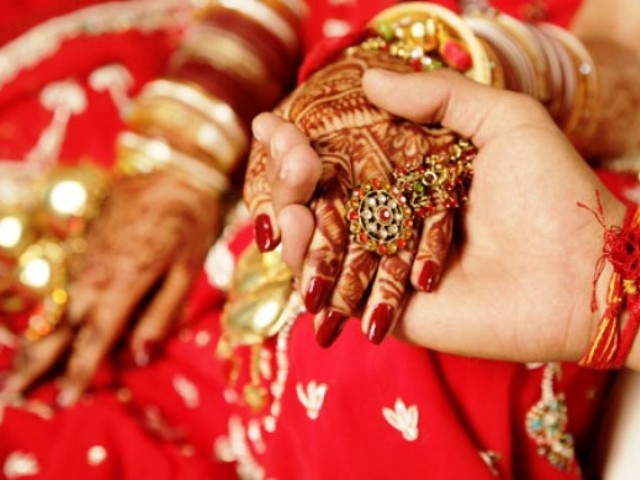 This is an open letter to the in-laws who demand dowry from the bride’s family. Why should the groom’s family be the one giving lavish dowry to the bride’s family, instead of traditional culture that’s being followed wrong since all these years!?

Marriage, for a girl is way bigger deal than it is for the guy. Girls have to leave their homes and migrate into a new home, new city and even a new country sometimes. Sometimes we also have to leave our college or job for your son and your family. Our friends are torn apart, our social circle changes, in other words, our entire life changes within a matter of days but still we welcome the change with open arms, thinking that everything is happening for good.

Wedding is a big-thing. It’s a dream for every teenage girl and a reality for almost everyone in their twenties or thirties, but sometimes, the reality isn’t as beautiful as that teenage-dream. Especially when you ask for dowry from our parents. First question I would ask is – ‘WHY’ should you be demanding dowry in the first place? You ask for a fridge, or a LCD TV or a car and sometimes hard-cash or jewelry. Sometimes it takes the form of a farm-house, a piece of land or an apartment. All this, for what? What have you done to deserve such sumptuous luxuries after all? Birthed a son, so that one day you could sell him off for some increment in your bank-account digits? Wonderful!

You say you are from the ‘groom’s-side’ so its your right to ask for dowry, right? If I say that you should be the one ‘giving’ dowry to the bride’s side (I know your blood will boil), but I bet you will agree on each point that I’m going to state next-

When a girl is born, she’s her daddy’s princess. She’s raised as a princess only, no matter how rich or poor the family is. No parent leaves any kind of void in fulfillment of his/her daughter’s demands. Daughters are closer to dads than sons and so they’re more loved and pampered. Her every need and demand is taken care of. She’s provided with best medical treatments and healthcare, she’s bought new clothes and toys every year, she’s given best possible education and till the day she graduates, she’s given every luxury and facility.

When she is growing up, she’s provided with every new technology, from a computer to a mobile phone, she’s having everything that your son has and in no way she’s any less than him. If your son can work a job, so can she. She’s qualified enough to earn her own bread.

But let me ask a question here – who paid for her education and all the sidelined expenses till the time your son wasn’t around? Of course her family did. But will they get to keep her with them? No. You get to keep her from now on, and soon she’s going to be a part of your ‘thankless’ family. In a way, you get to have a well-read, educated, cultured girl, without spending a penny on her education, how cool is that!? You should be the one who should be paying the girl’s side instead of demanding, after all, she’s going to be the pride of your house from now! Come’on, at least pay for all her education expenses, shouldn’t you?

You say that you need dowry, because your son is going to take care of her for the rest of her life, will you mind explaining how is ‘only’ your son going to provide her with everything? Isn’t she going to bear kids for your son in future? Can you even calculate the price of having a baby in the womb for nine months? I don’t think you can. Nobody can. Then how can you ask for dowry from her parents when she’s the one who’s going to expand your bloodline in future? Shouldn’t you be paying her family instead, after all she’s going to bear ‘your-son’s’ children?

You say that you need a car or cash, has your son done nothing in the worthless twenty+ years of his life to earn a decent living, without losing his own dignity and self-respect? If he’s asking for an educated bride, can’t he himself be a little educated first and say ‘no’ to dowry? The girl’s family is organizing a lavish wedding for you and your big-mouthed relatives, isn’t it enough already? The girl you are getting is worth a million/billion times more than the petty dowry you’re asking for, it makes you look like beggars in front of local temples, just stop it!

I hope you got how frustrated we girls are, and how we are following dowry system ‘wrong’ since all these years. I don’t say that the groom’s family should start paying the girl’s family, but I say that nobody should pay anybody anything. A wedding is a private affair. A union of two souls, and it’s purity should remain intact with just two people in love, and a soulful celebration involving friends and loved ones. Dowry, money, demands, they do nothing but act as a spoiler, and sometimes a devastating end for the girl’s family and her life. Many girls have died, some committed suicide, while some were murdered just for dowry! It’s a shame that even in 21st Century, we are encountering such shallow and filthy cases. Let’s say ‘NO’ to any kind of dowry, and stand against injustice for all those sisters who experienced such a traumatic event ever in their lives!

Life is meant to be celebrated, and a wedding is the most important event, rather a new beginning of a person’s life. Let’s not just kill the new life by such unethical practices.